The Whitesbog Blueberry Festival takes place at the end of June each year, at the start of blueberry harvest season

Wagon rides through the village are provided by The Pinelands Antique Engine Association, volunteers who help maintain the blueberry fields and the mechanic shop and Antique Engine Museum 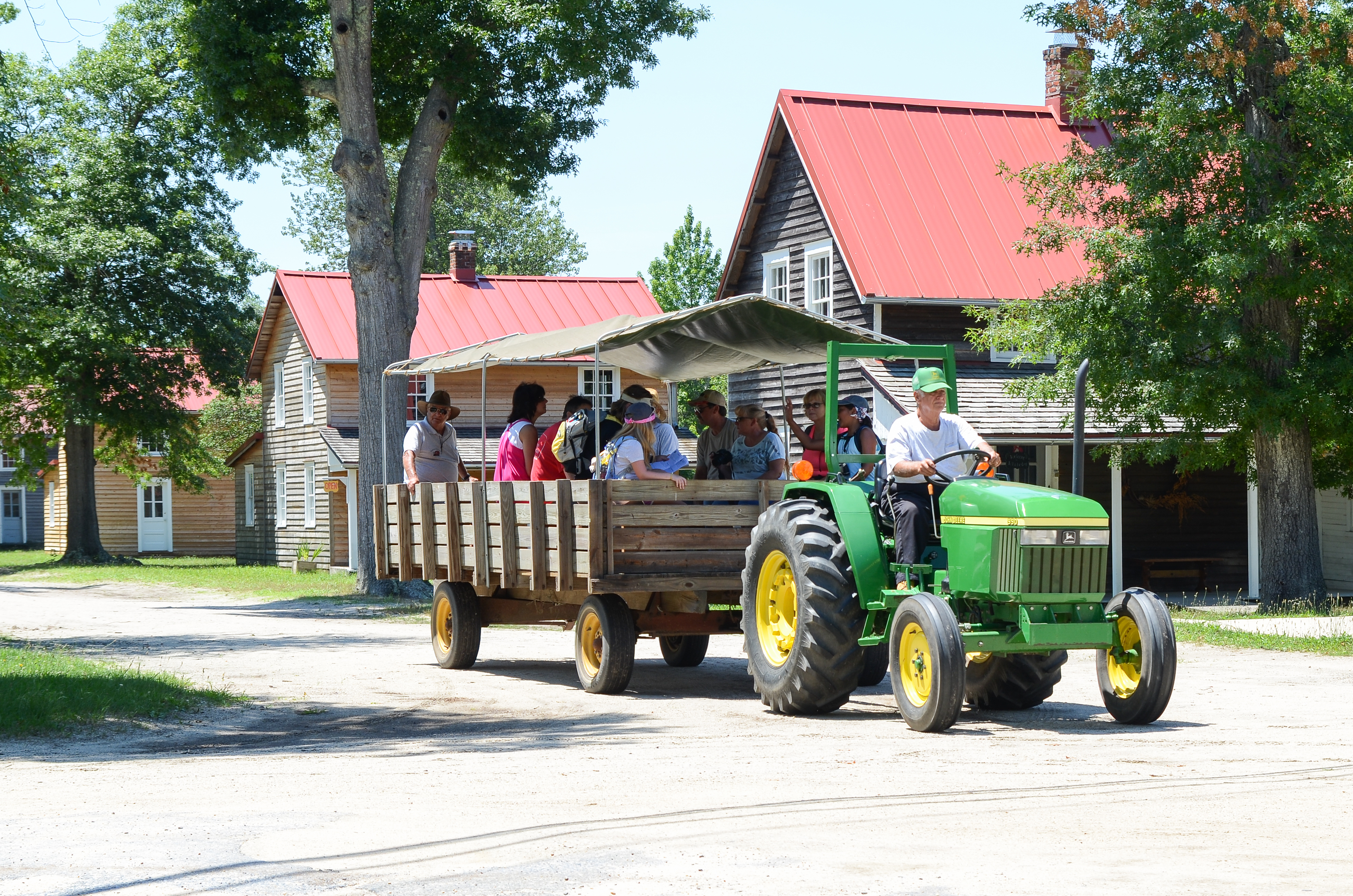 A variety of nature trails lead through the Pine Barrens woodland past ferns, moss, cedar, mountain laurel and out along the edges of waterways, blueberry and cranberry fields that stretch for miles. 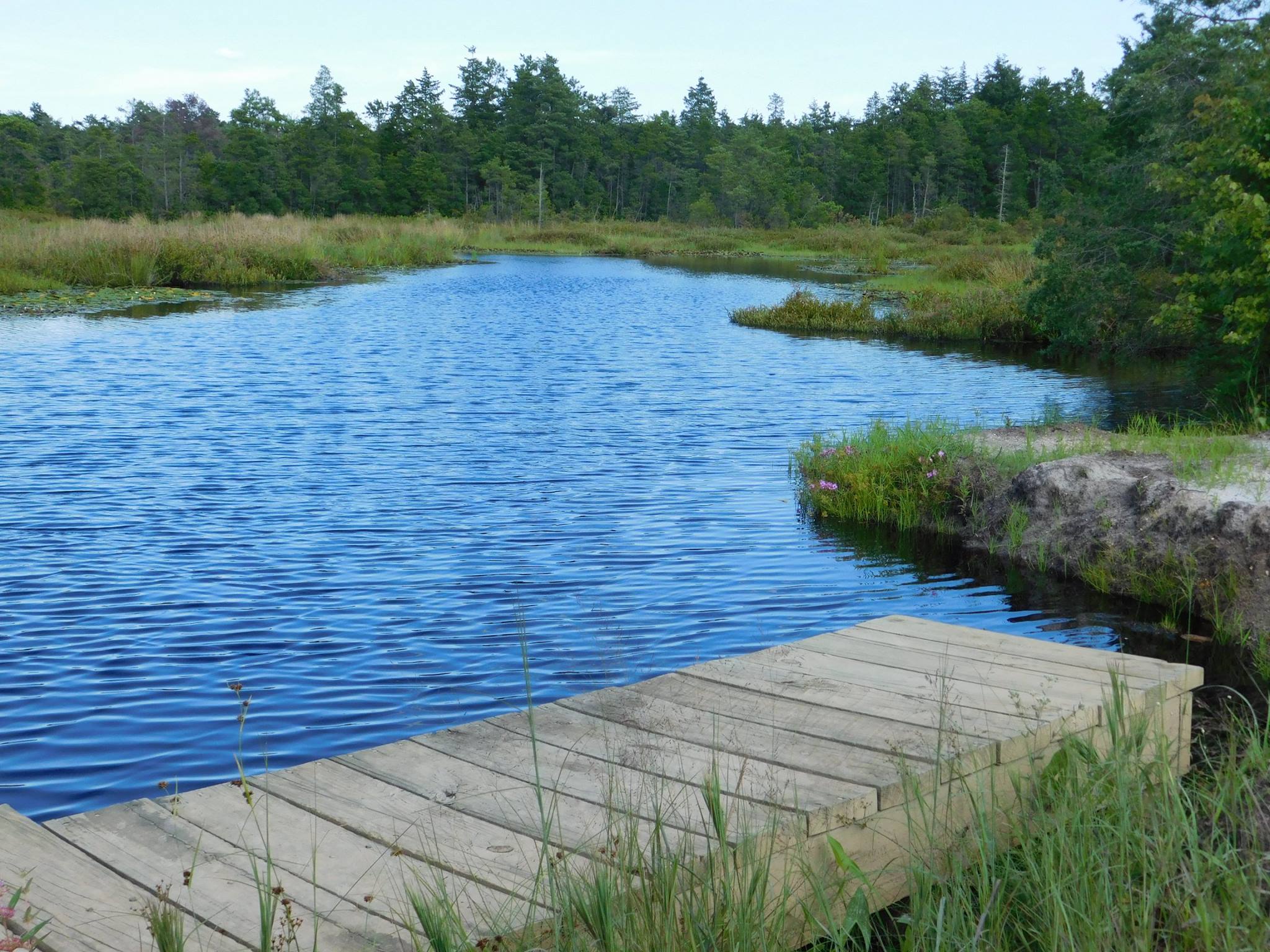 The village buildings are open for tours the first Saturday of each month, during special events and by appointment. 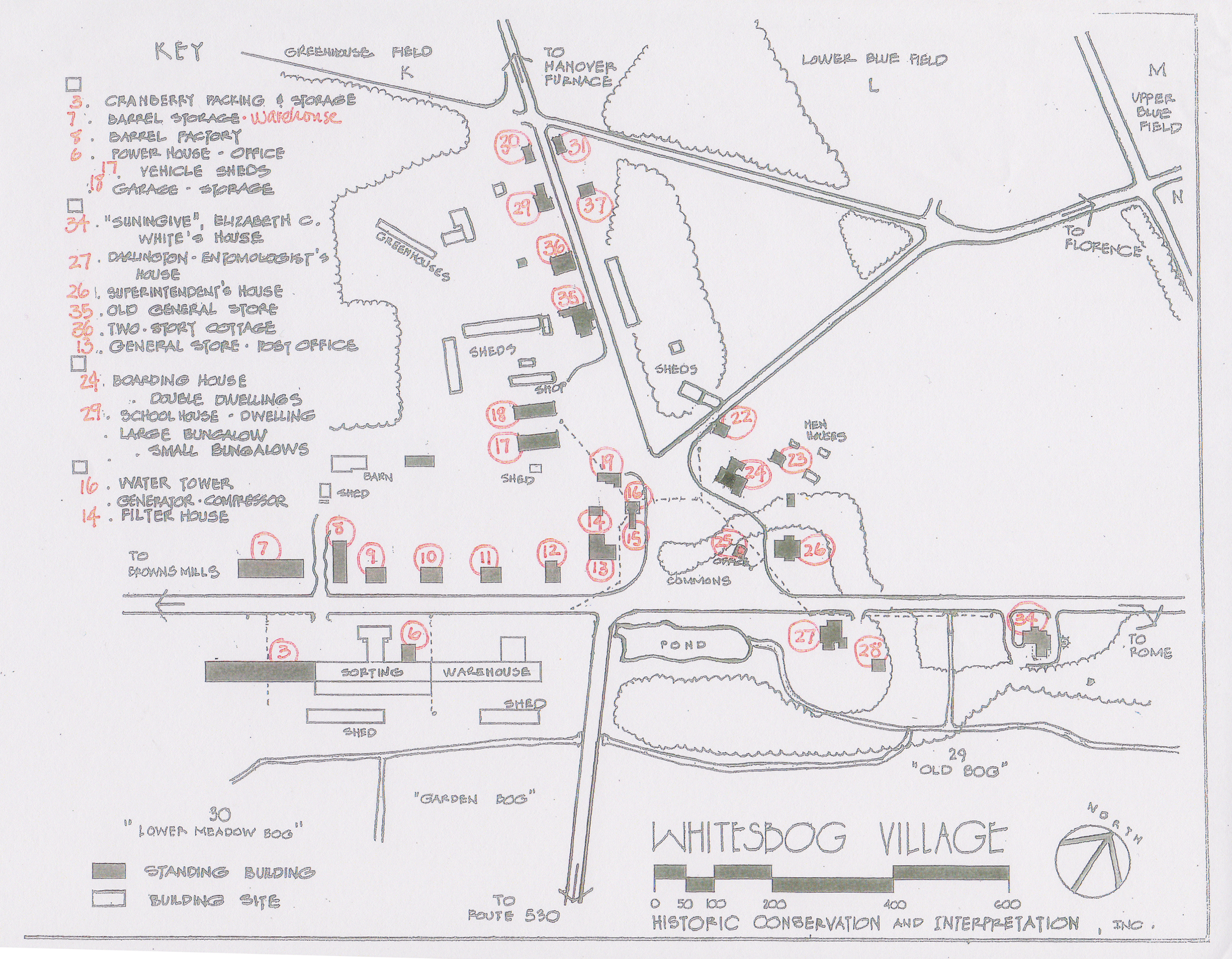 Nature trails are maintained by volunteers at the first Saturday Volunteer Workday and all are welcome to come lend a hand. 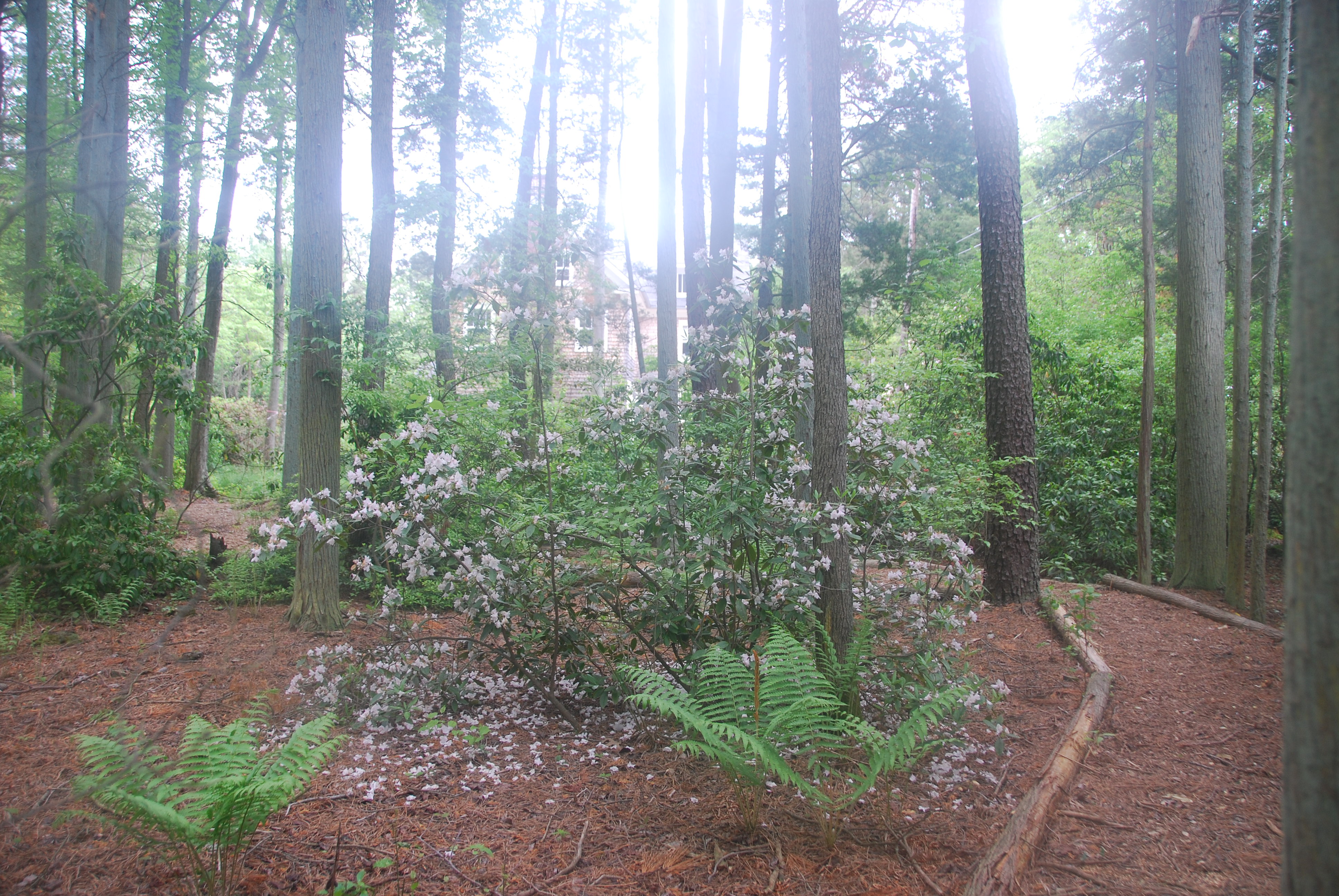 Hiking trails are open to the public and parking is available across from the General Store. 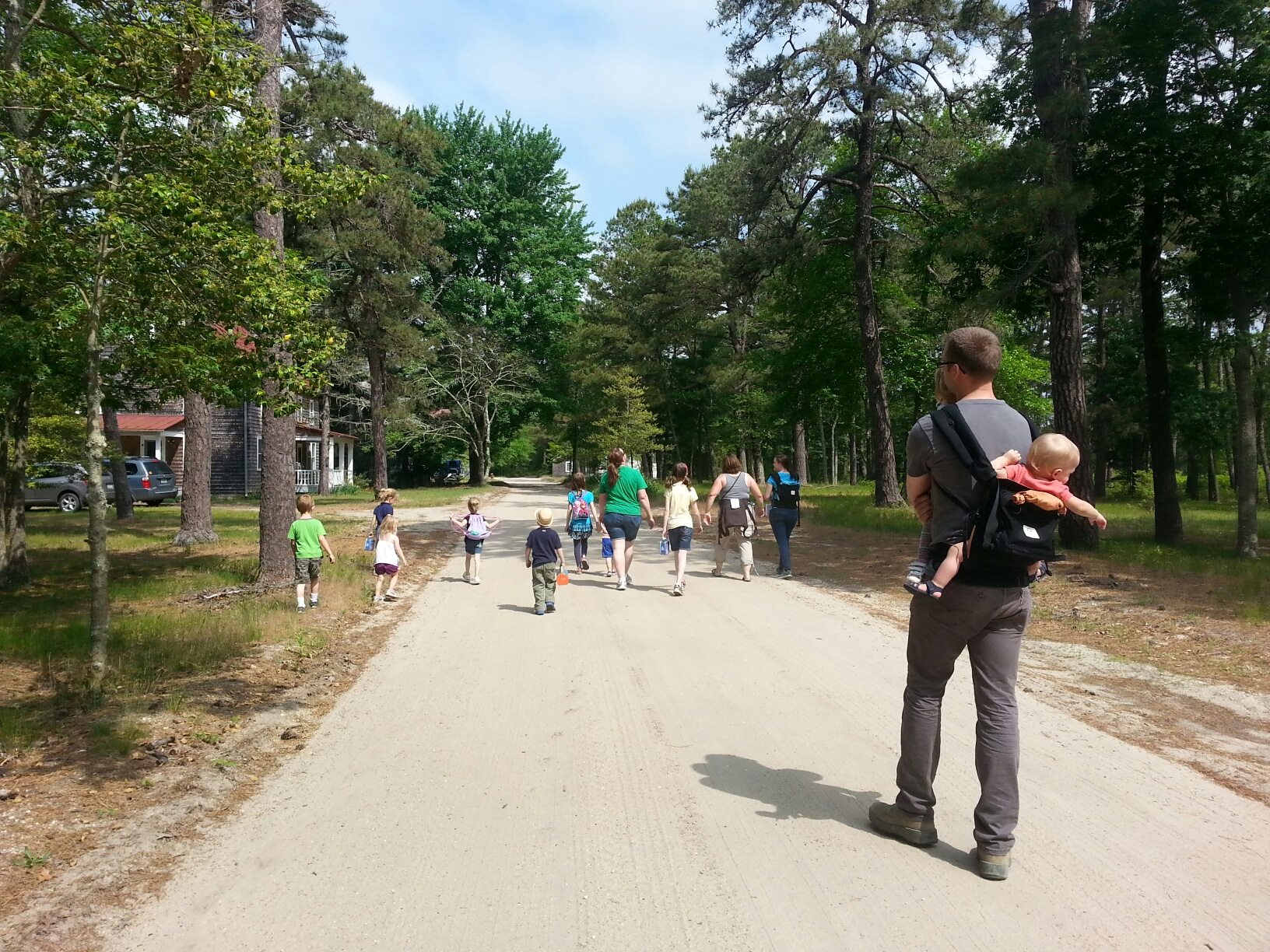 Suningive, the house Elizabeth Coleman White had built for her home and office in 1923, now acts as a museum, office and rental space for events. Tours are available throughout the year. 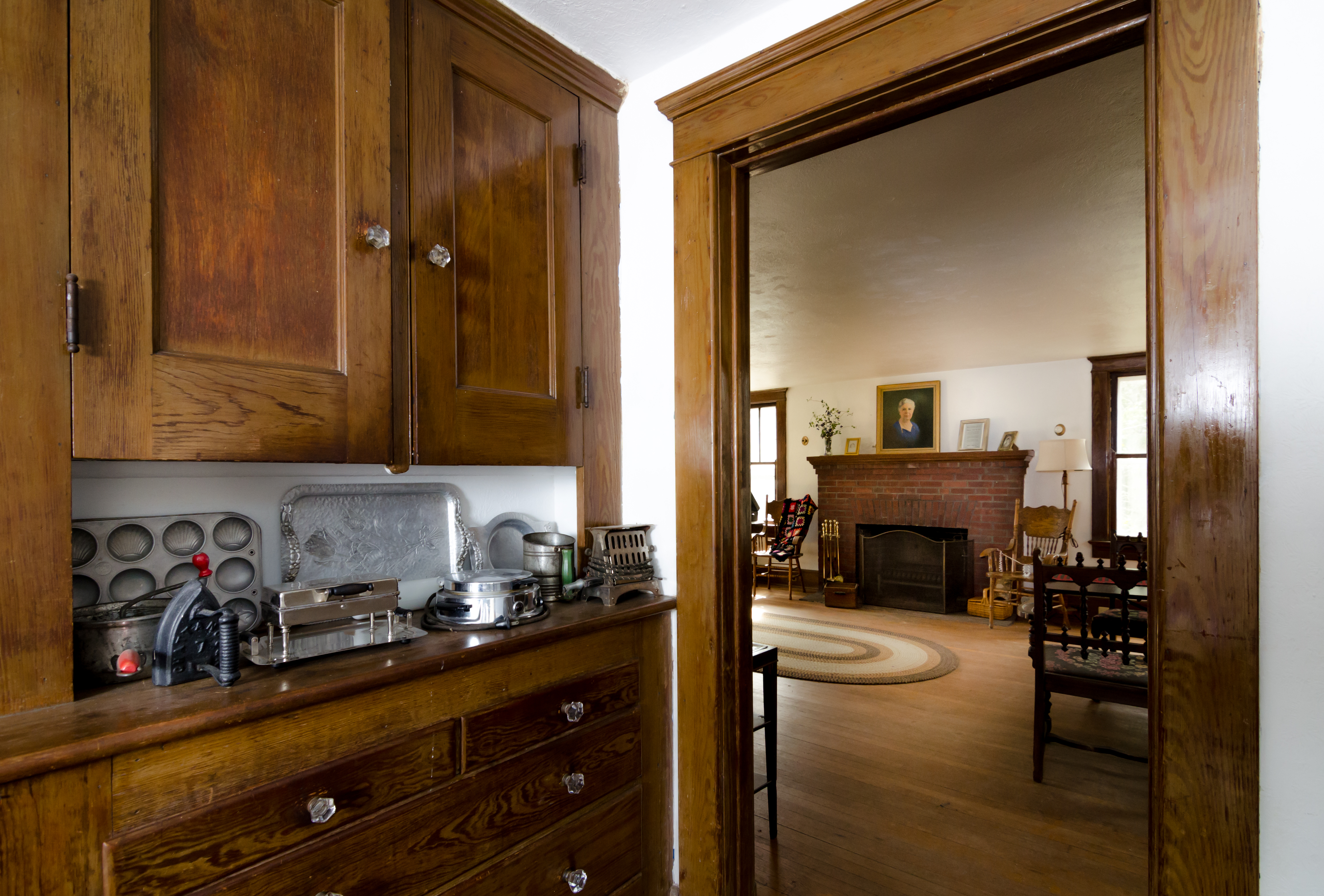 Each of the village buildings has been rebuilt by master craftsmen with funds raised by The Whitesbog Preservation Trust through grants, private donors and fundraising events. 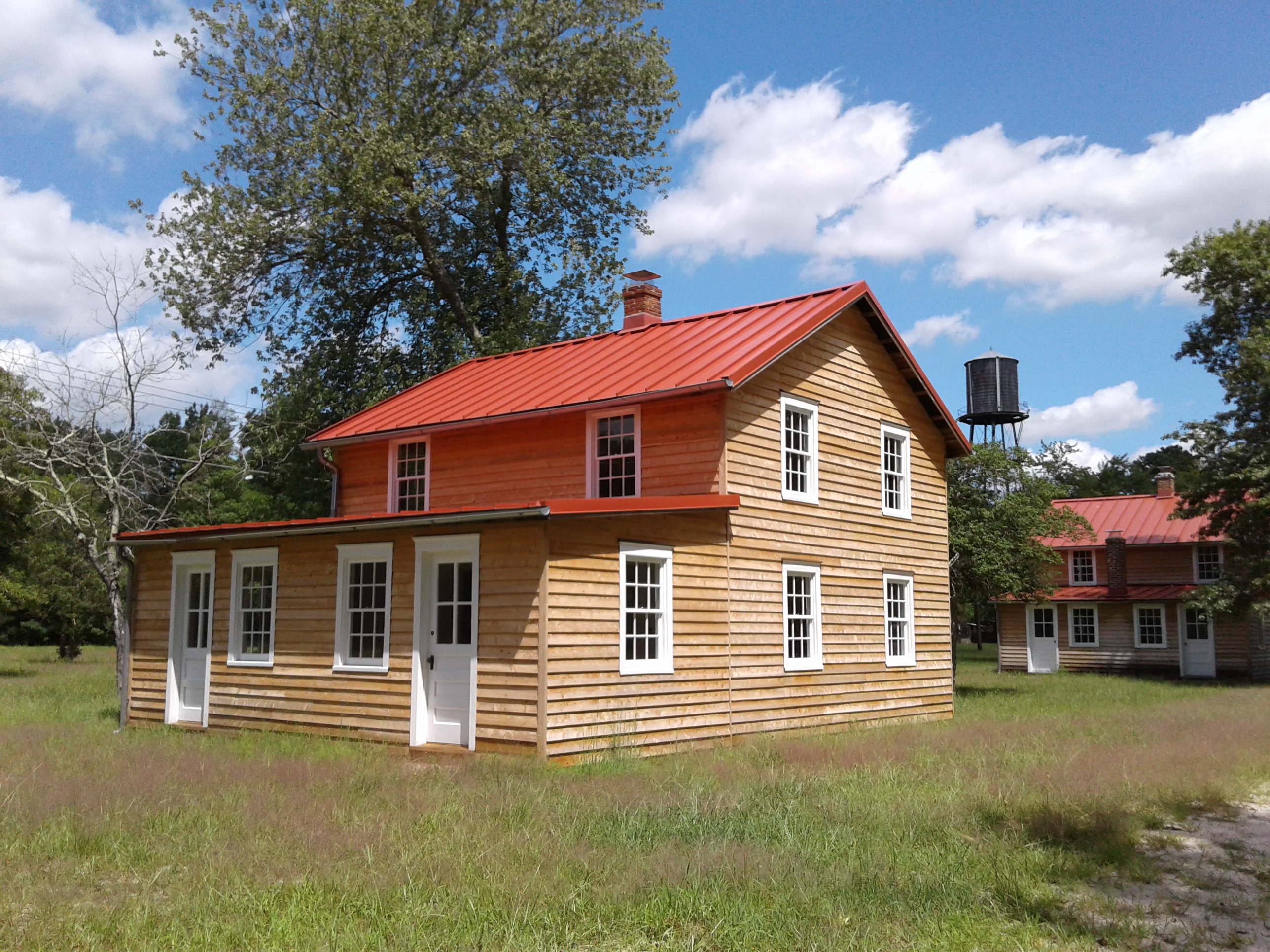 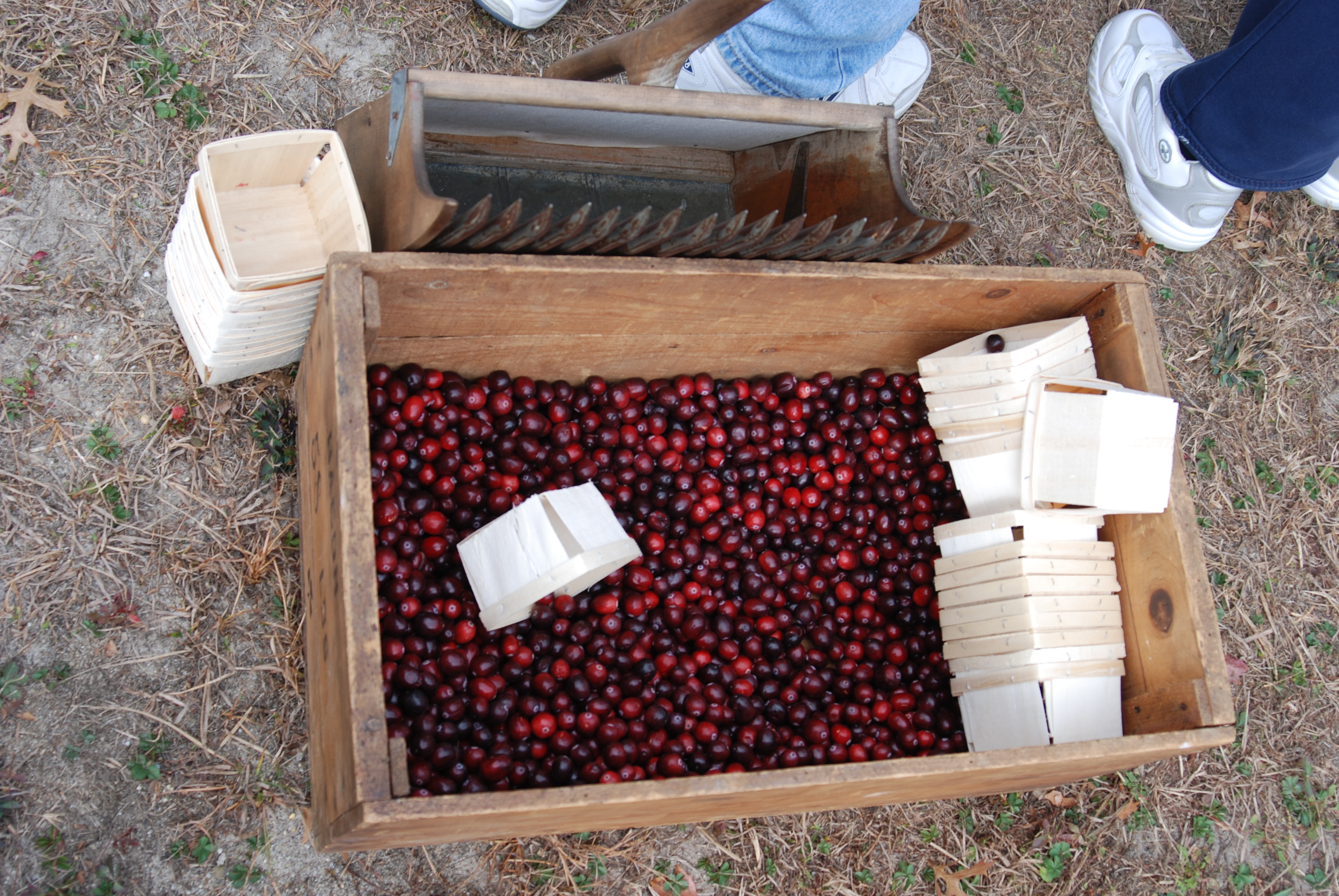 Tour groups and field trips can be scheduled through the Trust office or by email at WhitesbogPreservationTrust@gmail.com 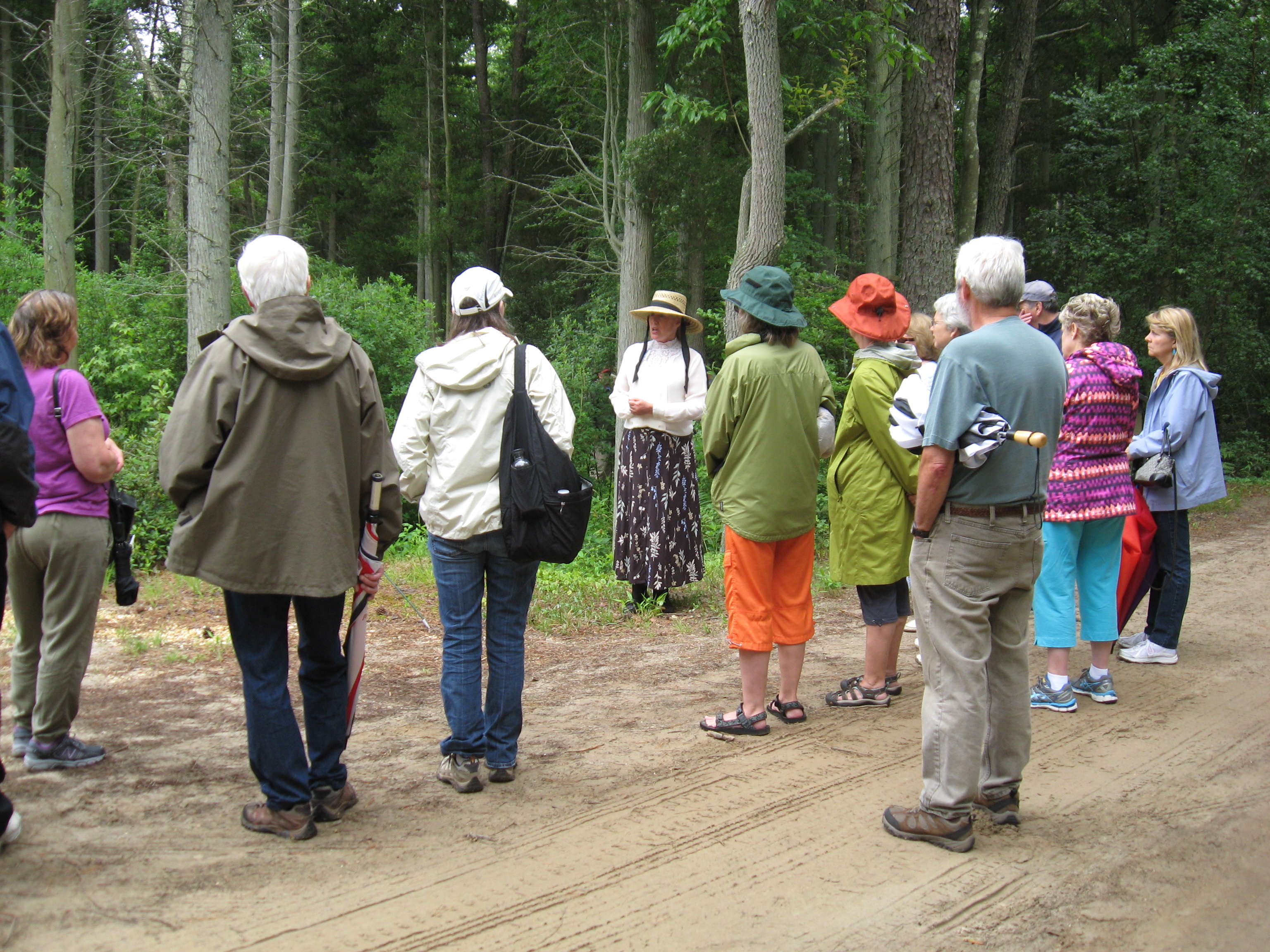 Musicians love to play in the village and we have music jams on Sundays, a concert series in the fall and bands play at events throughout the year. 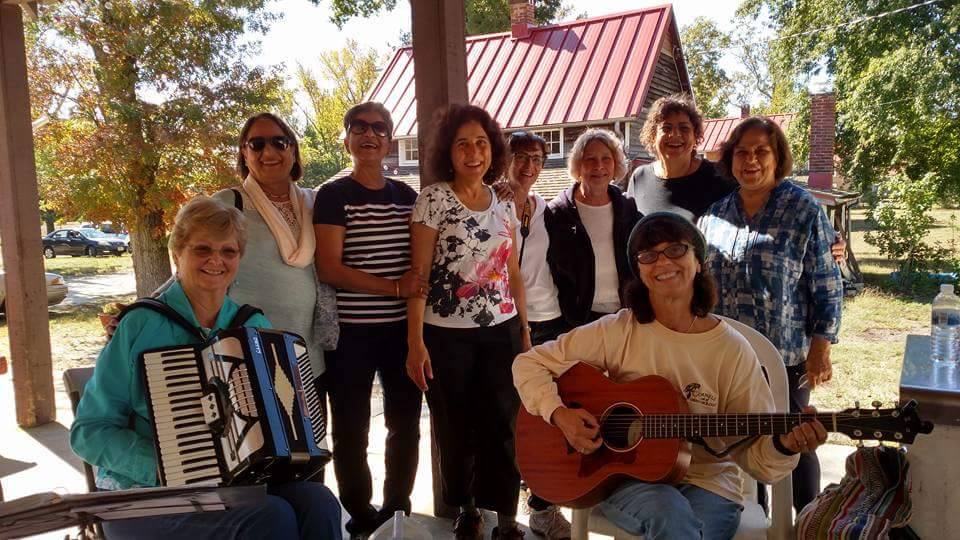 Several buildings are available for rentals and are perfect for a rustic country event. Contacting our office by email at WhitesbogPreservationTrust@gmail.com is a quick way to get a brochure on rates, regulations and set up a tour and look over your aff 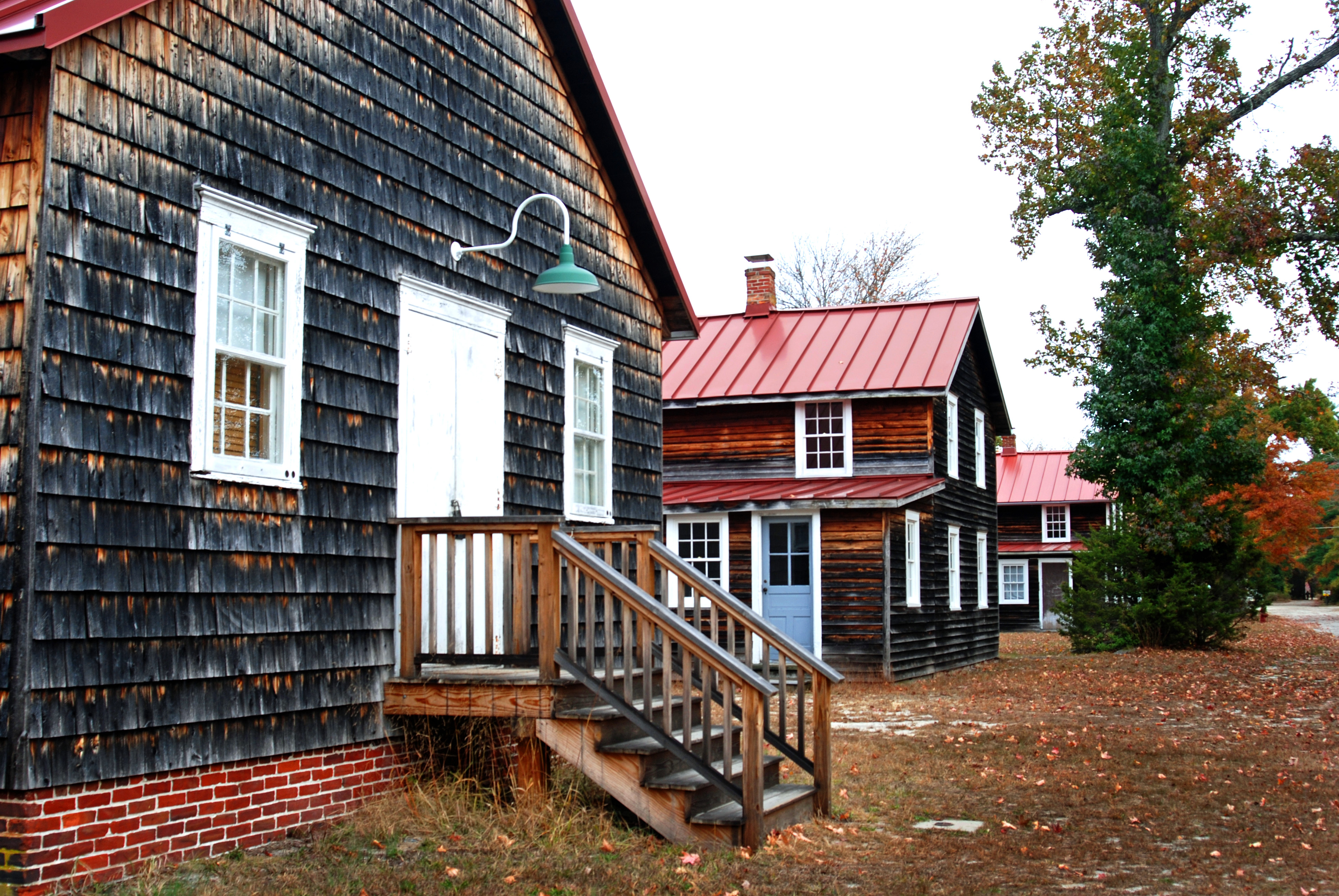 Whitesbog Village is open year-round and hosts hikes and events in all seasons. 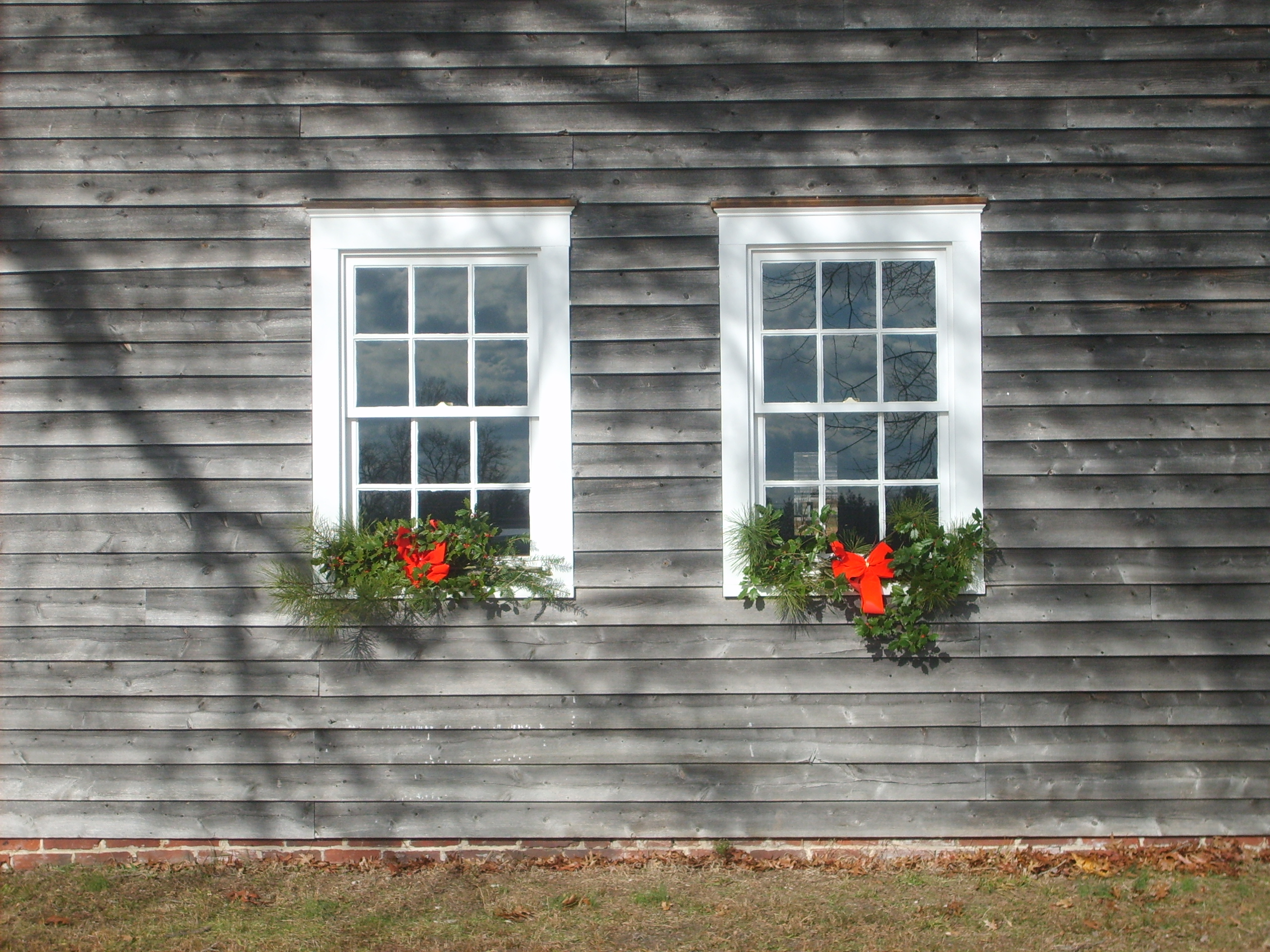 The site dates back to the mid-1800s when James A. Fenwick began growing cranberries in this area. By the 1860s, Fenwick was cultivating berries on hundreds of acres and passed the tradition on to Joseph J. White, his son-in-law. Fenwick died in 1882 and White took control of the cranberry operation under the authority of Fenwick’s widow until her death in 1911. White expanded the operation by purchasing land that was adjacent to Fenwick's. Elizabeth Coleman White, Joseph White's eldest daughter, assisted her father starting in 1893 and became one of the leaders of the operation.

Elizabeth White was the first to propose the cultivation of blueberries in the lands between cranberry bogs. Recognizing that blueberries ripen in July, she understood that this would give the farm the opportunity for a blueberry harvest in July and a September harvest of cranberries. Previous attempts to grow blueberries as far north as New Jersey had failed in the past, but Elizabeth studied the issue and believed that she had a solution when she discovered research by Dr. Frederick V. Coville. Joseph White agreed to try his daughter's plan in 1910 with the support of Dr. Coville. By the start of World War I, they had ninety acres of blueberries under cultivation.

A small agricultural company town, Whitesbog Village was home to a few dozen workers and their families who rented their homes from the company. The village included a school, general store, post office, and various agricultural buildings, warehouses, and cranberry processing facilities. Many of these buildings still exist for visitors to see. The company hired seasonal workers, mostly Italian immigrants from South Philadelphia, who assisted the full-time employees in each harvest season.

As harvesting technologies improved, the need for employees decreased and eventually, there were very few harvesters beyond a handful of employees and seasonal workers. New Jersey’s Department of Environmental Protection purchased Whitesbog from the J.J. White Company in 1967. These lands are now part of Brendan T. Byrne State Forest (formerly Lebanon State Forest). The Division of Parks and Forestry administers the area with the support of the Whitesbog Preservation Trust. This organization of local volunteers was established in 1982. The Trust leases the land from the state and operates the buildings and surrounding landscapes for the benefit of residents and visitors. Thousands of school students attend field trips yearly and tens of thousands of visitors attend programs, festivals including the Blueberry Festival and tour the trails, cranberry bogs and blueberry fields, museums, General Store, Suningive, the preserved historic home of Elizabeth Coleman White and The Elizabeth White Gardens.