In the 1920s and 1930s, the Storybook style of architecture gained a wide following in California, particularly in the Bay Area. Fox Court and Fox Common are a group of one- and two-story cottages built from the 1920s to 1940 in the Storybook style. The cottages are listed on the National Register of Historic Places. 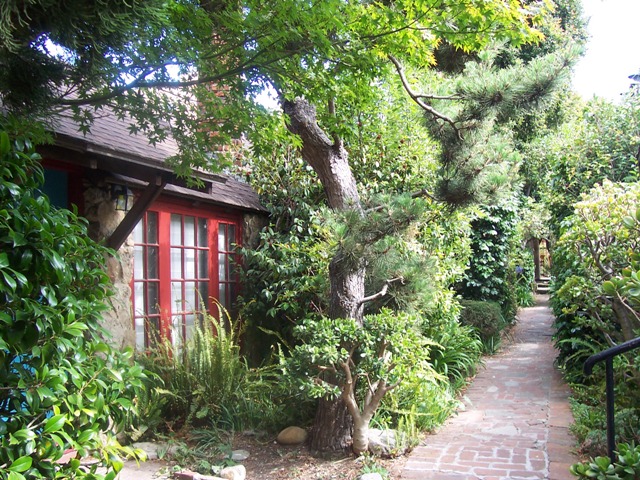 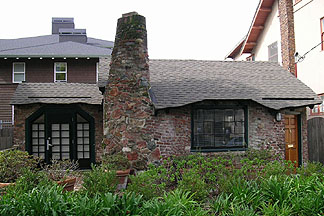 On a street as busy as University Avenue, it's easy to overlook the charming little cottage tucked between the bigger, newer structures. The cottages, known as Fox Common, were designed by Carl Fox and built by the Fox Brothers Construction Company. The cottage that is visible from the street was built in 1940, and the ones to the rear of the cottage, nestled among trees and gardens, were built earlier. The front and rear cottages were built for the Fox family.

The Fox brothers built Storybook structures throughout the Berkeley area and remained in business until the mid-1950s. Both Fox Commons and Fox Court of City of Berkeley Landmarks and are listed on the National Register of Historic Places.