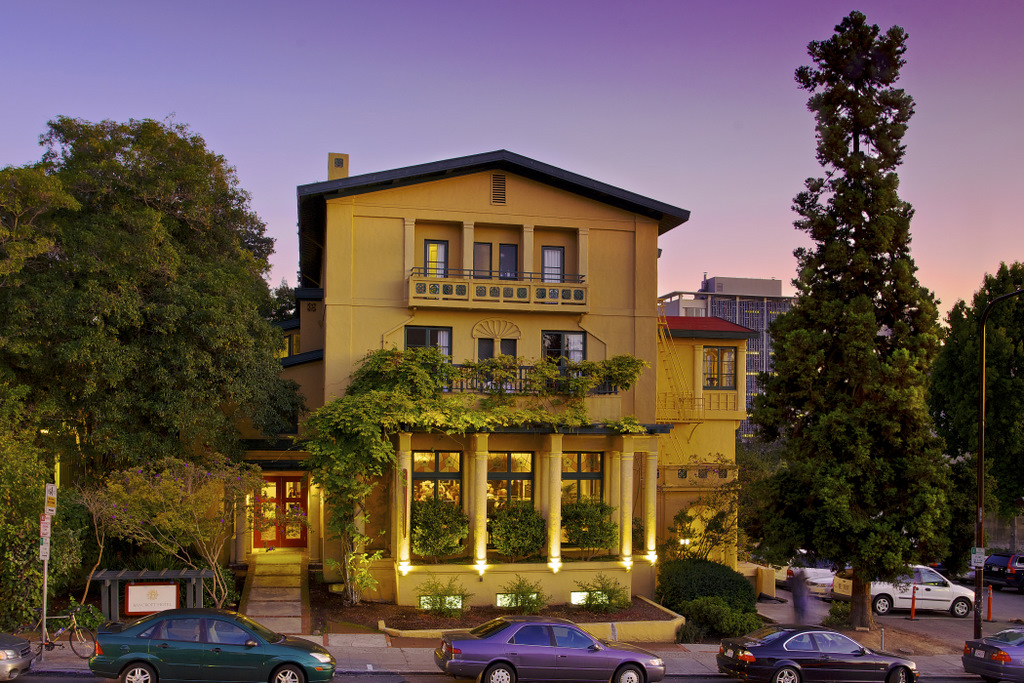 The College Women's Club grew out of antiwar efforts and was founded in 1920. With the war over, the organization became focused on progressive and civic issues, even putting the first woman on the Berkeley police force. The organization also founded a day nursery for low-income working mothers, the first such facility in the country. Additionally, the club created scholarships and help foreign students adjust to life in Berkeley.

The club commissioned Walter Steilberg, a Berkeley architect and professor, to design a building for their organization. Steilberg had previously worked with Julia Morgan as  her chief draftsman and engineer. Steilberg's design incorporated elements of classical, arts and crafts, and Italian Renaissance styles.

After the Women's Club sold the building, it served as a boarding house and a dormitory. In the 1990s, it was restored and began operating as the Bancroft Hotel in 1993. It is listed on the National Register of Historic Places.