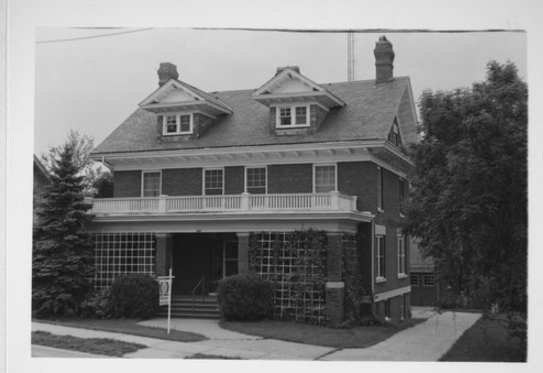 The Cullen House was supposedly built in 1902 and has features that align it with the Colonial Revival Style. This design was popular for a very long time, starting in 1855 and going to around the 1950s. They are often two stories with a symmetrical facade and multi-paned windows.