The Joseph A. Callaway Archaeological Museum is housed at the Southern Baptist Theological Seminary, located in Louisville, KY. 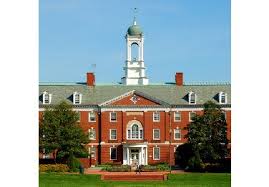 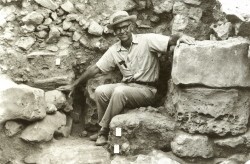 Joseph Callaway was a professor of the Old Testament and biblical archaeology at the Southern Baptist Theological Seminary from 1958-1982. Callaway was born in Warren, Arkansas in 1920. He enrolled at Ouachita University--located in Arkadelphia, Arkansas--in 1948 and excelled in both English and literature. Callaway soon decided to pursue an M.Div. and enrolled at the Southern Baptist Theological Seminary in 1951.
Callaway pastored the Baptist Church of Worthington, Indiana while a student at Southern. He was particularly interested in Hebrew, the Old Testament, and archaeology studies and soon began working towards a doctoral degree. Callaway had little trouble finding employment upon graduation  and quickly began working as a professor with Furman University of Greenville, South Carolina. Two years later he was asked to join the Southern faculty as a professor of the Old Testament with an emphasis on Biblical Archaeology.
Callaway participated in a number of excavations during his tenure at Southern. He worked in the city of Ai--known for falling to the forces of Joshua as recorded in Joshua chapters seven and eight--between 1964 and 1972. Callaway determined that the city of Ai described in the biblical account did not exist when Joshua encountered it. This statement drew criticism from a number of biblical scholars. Callaway died in 1988.