In the late 19th century and early 20th century, the middle and upper classes increasingly moved away from downtown regions, notably as streetcars offered opportunity to live further from one's business. Historic Irvington was one of those streetcar suburbs, designed for those with financial means. At that same time, sports like tennis and golf grew popular including its association with clubhouses and gathering halls -- serving as middle class community centers. The Irvington Tennis Club grew from that suburban and sports culture. 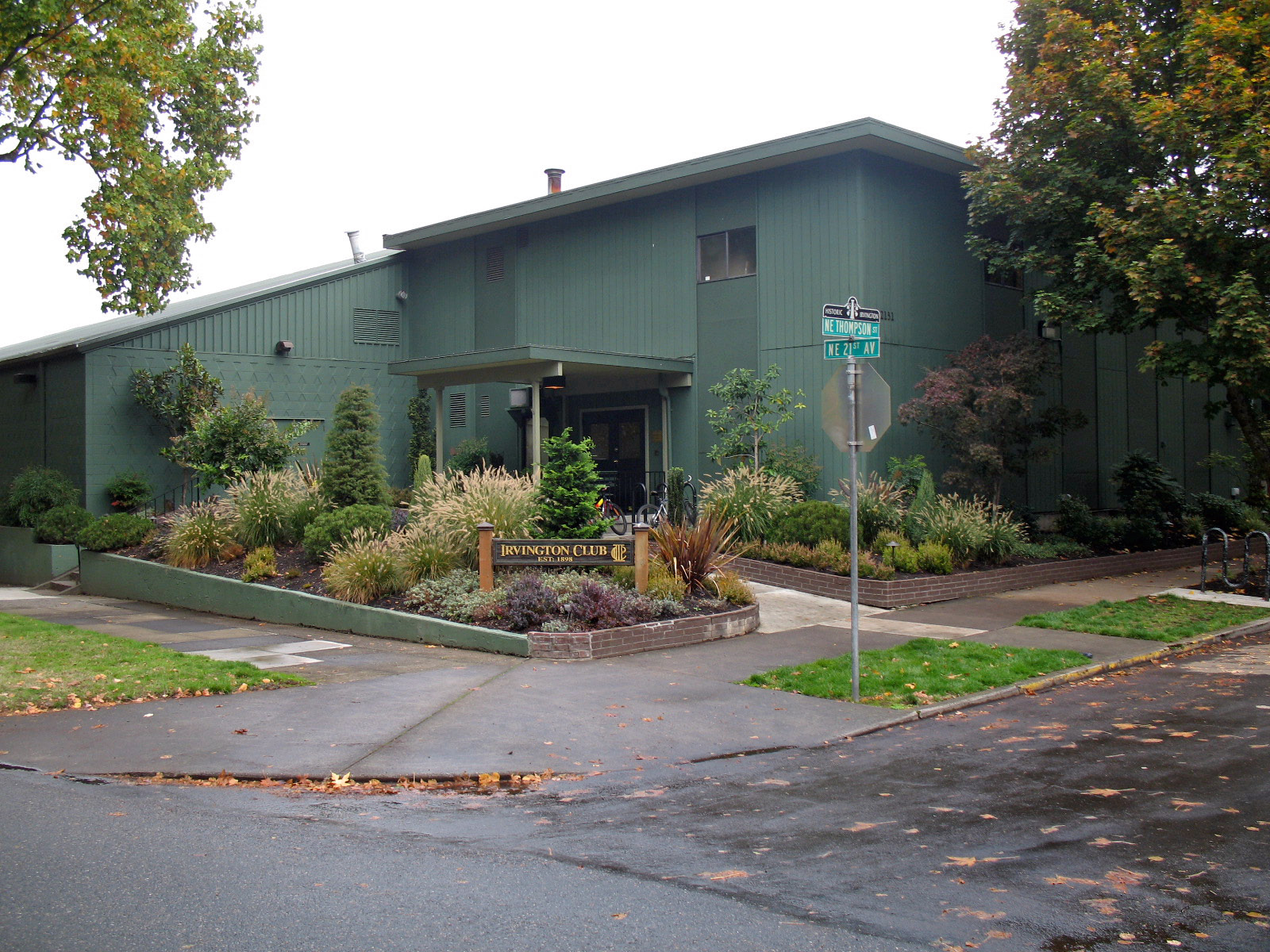 Although the club itself dates back to the 19th century, the current facility opened its doors in 1911 at a time when Tennis, and sports in general, increasingly grew popular in the United States. For the historic middle class (those with means), affluence offered leisure time, thus golfing, tennis, and other sports provided a diversion from work life. Moreover, suburbs such as the historic Irvington Neighborhood, the location for which the tennis club exists, enjoyed available space (unlike downtown regions) and had the demographic make-up to foster the development of such clubs that ostensibly functioned as community meeting places.
Established in 1898, the Irvington Club was Portland's first "tennis only" club, as well as existing as one of the nation's oldest. The one court (grass) facility grew substantially during the early part of the 20th century when Portland enjoyed a population and economic boom in the wake of the 1905 Louis and Clark Exposition. As Portland grew, so did its downtown region, and the subsequent desire by the affluence middle and upper class to live outside the city, helped by streetcars that could transport people to and from work.
One such streetcar suburb was Irvington, a community designed to be a self-contained residential community and home to the middle and upper-income Portlanders. At the same time suburbs grew in popularity, lawn and club sports, such as tennis and golf also gained tremendous popularity. Soon after the Louis and Clark exposition ended, club members formed the  Irvington Improvement Association and raised $10,000 to purchase a city block between
21st and 22nd, and Thompson and Brazee Streets. As a result, a one-story frame clubhouse was erected. One year later,  the Irvington Tennis Club sponsored the first Oregon State Tennis Championships.
Not long after the championship, club members concluded that a bigger facility proved necessary. In 1911, the committee commissioned Irvington Resident Ellis F. Lawrence to remodel the current building and expand it to two stories.  Also adding tennis courts, the new building including social rooms, balconies, and both men's and women's locker rooms; the Irvington Club functioned as a community and social center.
The building, which largely remains the same today as it did in its pre-World War I existence, stands as a reminder of a nation that had moved first from rural to urban during the Industrial Resolution, and then, slowly but surely during the first half of the century, from urban to (for some) to suburban. The suburbs offered respite from urban life, but it was mostly offered only to those with means, and largely to white citizens. Advances in railways and streetcars allowed the more affluent sector of society to live further from work, thus enjoy more space to roam on days off from work. The legacy of Golf and Tennis clubs as primarily existing for affluent whites remains today.