Located in the historic German Free School building, the German-Texan Heritage Society preserves and promotes German-Texan culture through a variety of programs including German-language classes, lectures, festivals, film showings, and other events. It also features a library where visitors can conduct genealogical research on German-Texans and other subjects; the library also houses German language publications. The building itself dates back to 1858 when, upon opening, it was the first chartered school in Austin.

The German-Texan Heritage Society is housed in a German Free School built in 1858 for German immigrants. Image obtained from Wikimedia Commons. 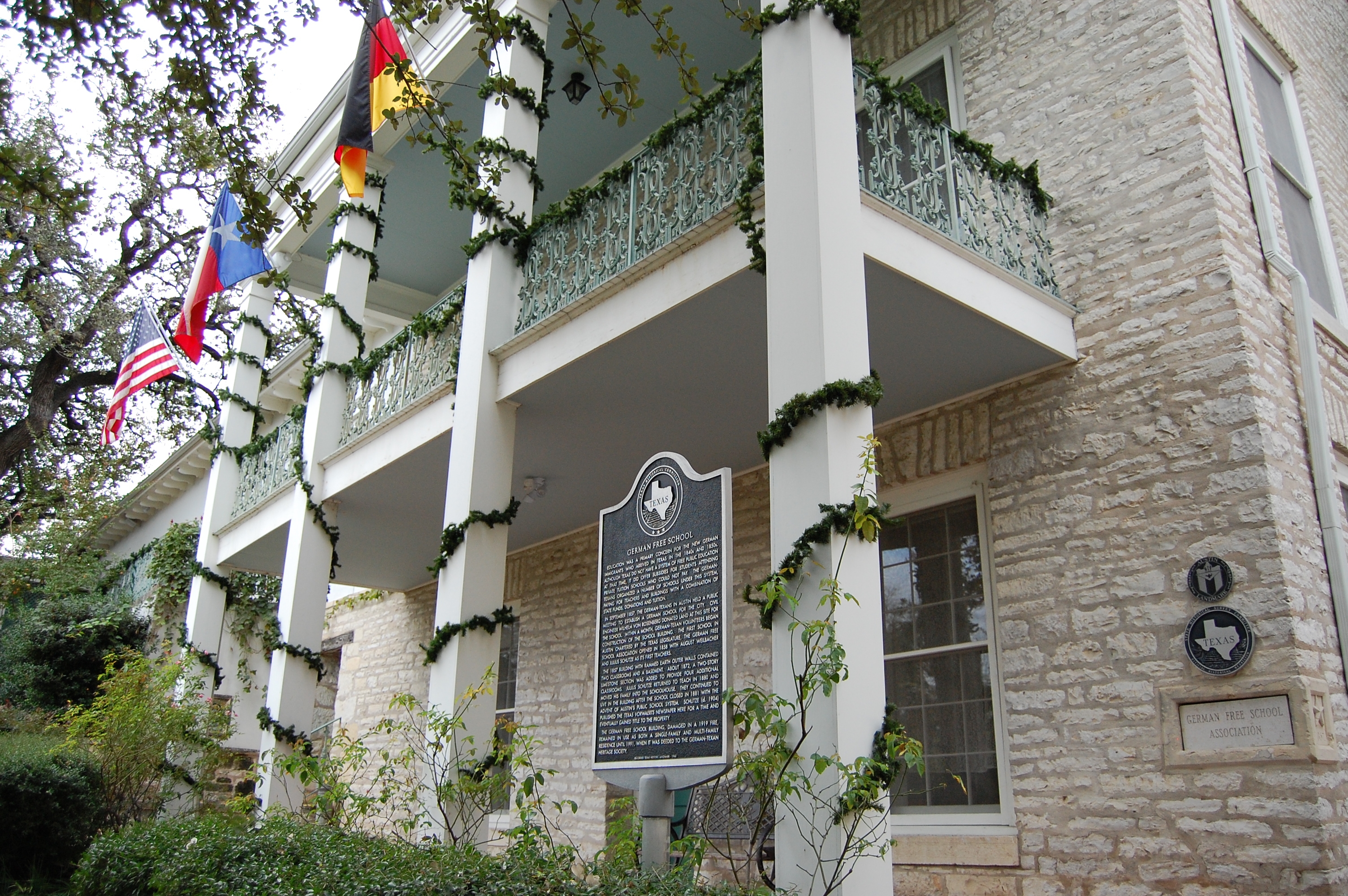 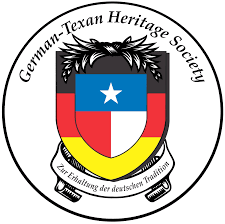 The German Free School that houses the Society is a designated state and city historical site. Image obtained from the Texas State Historical Association website. 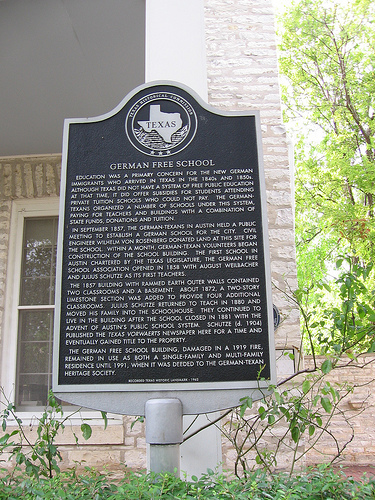 German migration to Texas in significant numbers began during the 1830s and continued for the next few decades. Germans were drawn to the area by reports of land grants, abundant resources, low taxes, and a warm climate. Many immigrants settled together in communities, preserving their language and culture for many years. In the 1840s, organizations such as the German Emigration Company helped to establish German-immigrant towns such as New Braunfels, Fredericksburg, and Castroville. Some Germans who had previously immigrated to the American Midwest also moved to Texas. By 1850, Germans made up 5% of the population of Texas. German immigration to the state died down in the 1890s. Anti-German sentiment during the World Wars as well as increased urbanization led to a decline in German culture and usage of the language. Today people of German ancestry still make up the largest European ethnic group in the state of Texas.

One major problem facing German immigrants was access to education. For much of the nineteenth century Texas lacked a free public education system. It did however subsidize tuition for lower-income students who could not otherwise afford to attend private schools. Taking advantage of this, German-Texans created the German Free School Association, a system of free German schools for students throughout the state. In September 1857, a German Free School was established in Austin. It was the first school in Austin to be chartered by the Texas State Legislature. The two-story school building was constructed with volunteer labor on land donated by civil engineer Wilhelm von Rosenberg. In 1871, a public school system was established in Austin, leading the German Free School to close in 1880. Afterwards the building was used as a residence for many years. In 1948, it was purchased and occupied by local artist Dr. Kelly H. Stevens, who donated it to the German-Texan Heritage Society upon his death in 1991. Today the school building is a designated City of Austin Landmark as well as a Recorded Texas Historic Landmark.

The German-Texan Heritage Society was formed in 1978 by a group of Texans who had participated in the annual symposium of the Society for German-American Studies. The organization is dedicated to preserving and promoting the history and culture of Texans of German ancestry. The Society was originally based in the Texas State University’s German department until 1991, when it made the German Free School building in Austin its headquarters. The Society houses the Trenckmann Library, a collection of German-language books as well as documents on German culture and genealogy. The German-Texan Society also offers German language classes, lectures, German film screenings, genealogy seminars, and other programs.

Tours are offered every Thursday afternoon or by appointment