The Isaac Murphy Memorial Art Garden includes a variety of plaques, sculptures, and other pieces of art that pay tribute to the rich history of horse racing in Kentucky. In addition to works created by professional artists, the garden includes exhibits made by local children. The center of the garden honors it namesake, the once-forgotten but now legendary African American jockey Isaac Murphy. The winner of the first Kentucky Derby, Murphy is considered by many to be the greatest jockey of his era. 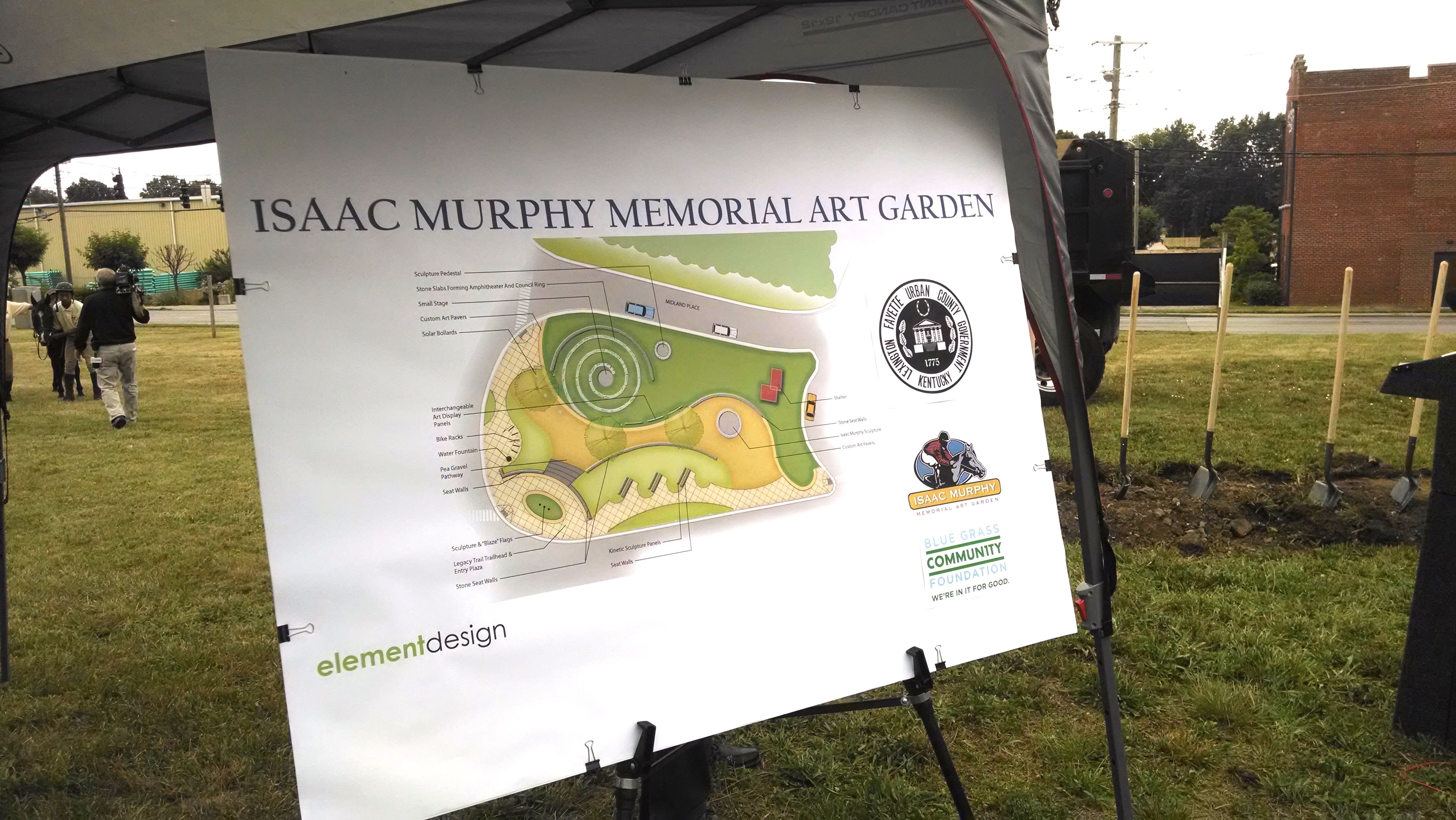 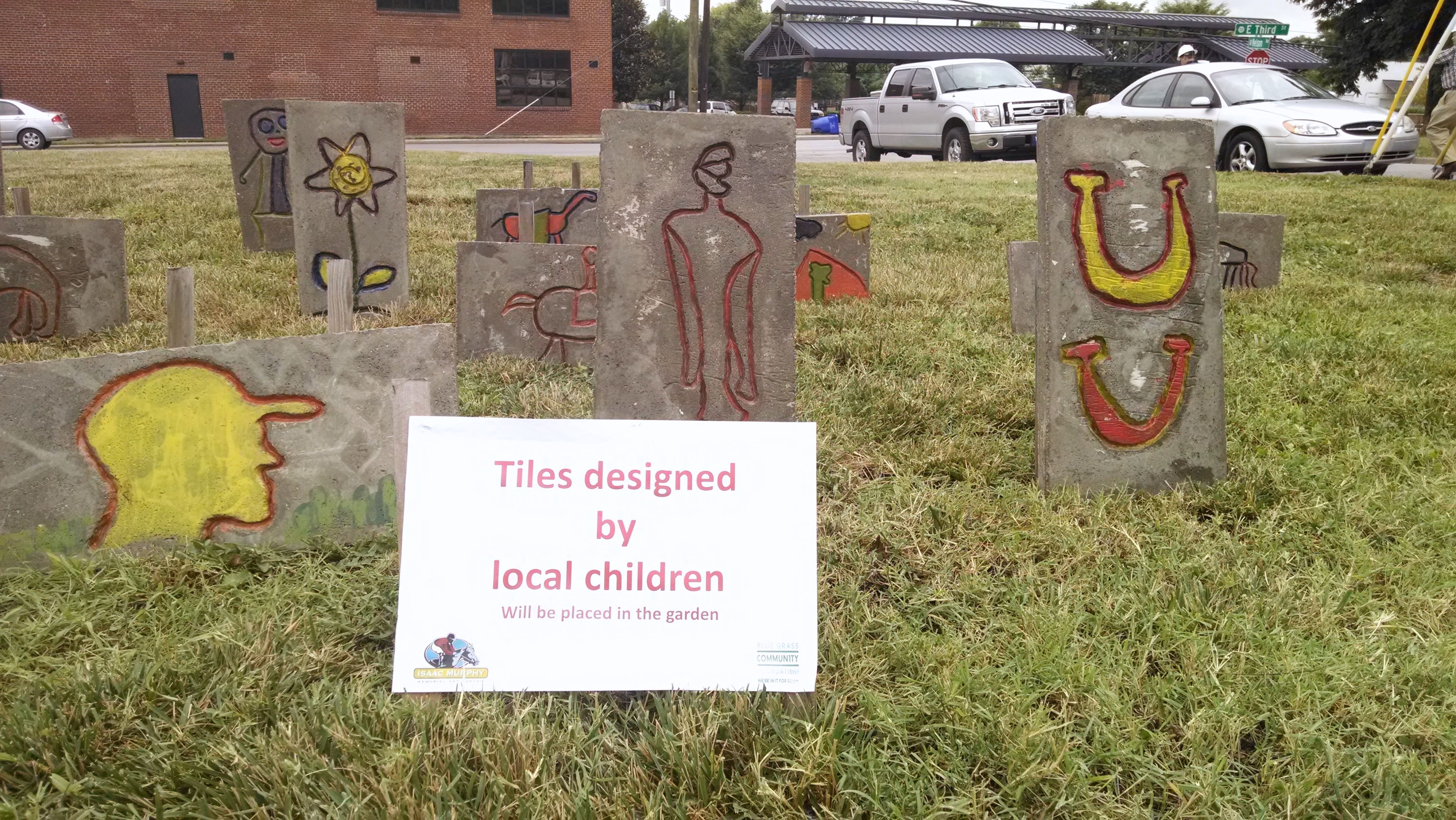 The entrance to the Isaac Murphy Memorial Art Garden 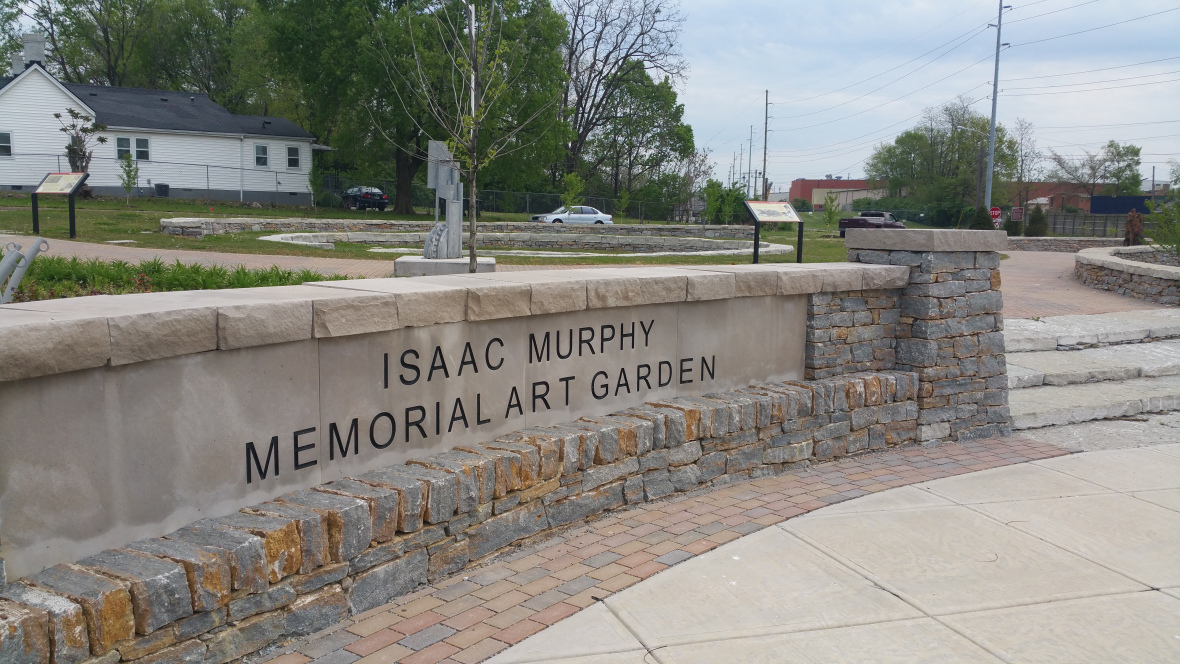 lThe Isaac Murphy Memorial Art Garden is a work in progress. Funded primary by public donations, the garden seeks to be an interactive space that includes many works of art as well as interpretive markers. One of its main goals is to provide a beautiful place in the downtown Lexington area that will raise awareness of the roles that African Americans such as Isaac Murphy played in the early days of horseracing. Although he and other jockeys were forced out of the sport and largely forgotten, historians and members of the horse racing community have led an effort to remember Murphy and other jockeys. For example, Murphy became the first jockey inducted into the Kentucky Derby Hall of Fame and he is the centerpiece for this historical garden.

When Murphy was racing, the position of jockey was not one of prestige. For this reason, slaves were often used as jockeys prior to 1865 and poor whites and African Americans took the job in the era of Reconstruction. Recognizing that large sums were riding on the outcome of a race, Murphy made sure that he was a good bet. Through his talent and skill, his horses won the at least a third of the 1400 races he competed in. He also won the Kentucky Derby three times. For a short time, Murphy became the highest paid athlete of the era. The fame and fortune would not last long, as black jockeys were forced from the sport.

With the Garden centered on Muphy's career and the legacy of many others, its founders hope that it will become a place of knowledge and reflection about the history of the sport and its connections to the larger history of the nation. The organizers hope to create several monuments to other jockeys, including other African Americans and minorities who contributed to the sport but were seldom recognized. Future exhibits will include tacks, grooms, and trainers. The garden will also have a place for art performance, as well as a playground for children.