The Hedge House was built in 1809 by William Hammatt. Thomas Hedge purchased it in 1830 and it stayed in the Hedge family for many decades. In 1918, the last member of the Hedge family passed away in the home. It was scheduled to be demolished to make room for Plymouth’s new Memorial Hall. However, the Plymouth Antiquarian Society stepped in and purchased the building in 1919. They had to move the structure from its original home on Court Street to its current location at 126 Water Street, overlooking the Plymouth waterfront. It is currently maintained by the Plymouth Antiquarian Society (PAS) as a historic house museum. 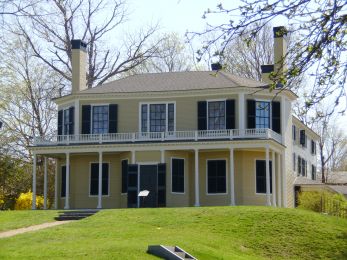 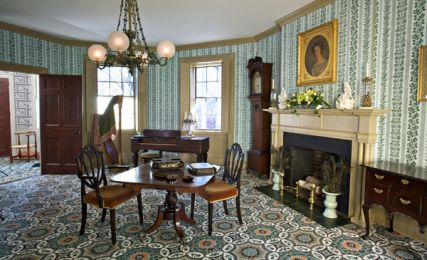 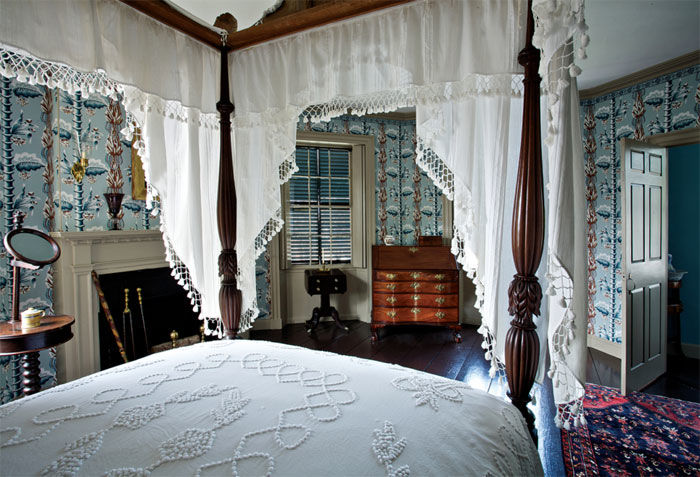 Sea Captain William Hammatt built the front portion of the home on Court Street in 1809.  In 1830, he sold it to a local merchant, Thomas Hedge.  Hedge had a rather large family, so he added the ell to the rear of the home to accommodate all of its new occupants.  The home stayed in the family for nearly a century, until the last Hedge (Lydia Hedge Lothrop) passed away in the home in 1918.  The Town of Plymouth acquired the now vacant home and planned to build Memorial Hall on the site.  However, the Plymouth Antiquarian Society asked to transfer the home to their ownership, so that they could move the structure and preserve its history.  They figured out a way to move the large home from its original spot on Court Street, across what is now Memorial Drive, to its current site at 126 Water Street (a distance of approximately five hundred feet).

The Hedge clan was one in a series of significant families who remained for generations near the Plymouth waterfront.  Thomas Hedge was generally well-known as one of Plymouth’s earliest industrialists and entrepreneurs.  The family owed a Main Street store, a waterfront counting house (like an accountant’s office or a bookkeeper), and “Hedge’s Wharf.” Their wharf was famous because it was also the home of Plymouth Rock, believed to mark the landing site of the Pilgrims in 1620. In 1920, the wharves were removed and the waterfront was redesigned.  In addition to the wharf and the stores, He also invested in the town's first whaling ventures, built a candle factory to process whale oil and, with his brother Isaac, established a factory to manufacture bricks. The Hedge family briefly used the Plymouth home as a summer house while they lived in Boston.

The distinctive, octagonal-shaped rooms have remained through the years.  A carriage house has also survived. The separate rooms tell stories of how affluent families lived and entertained. They are furnished with rich China Trade treasures and luxurious American-made fixtures, paintings, textiles, and toys. Outside, visitors are treated to The Rose T. Briggs Memorial Garden, which features brick pathways and beautiful flowers.

In recent years, the home underwent extensive renovations.  First, it was closed for exterior repairs.  A few years later, the building was closed for a series of interior renovations, including repairing and recarpeting the walls.  The director was able to determine what the original wallpaper looked like by using the negative image of what was retained on the original plaster.  Then, nineteenth-century carpeting was chosen based on old photographs and documentation.  The rooms are influenced by original design as well as the popular furnishings, wall-papering, and carpeting of other eras, such as: Federal, Empire, and Victorian.

In November 2007, the renovations were completed and the house was re-opened to the public for tours.  Tours are generally held throughout the summer or by special appointment. Admission to the museum is very affordable. Ticket prices are $6.00 each for adults and $3.00 each for children.  Plymouth residents and members of the Plymouth Antiquarian Society (PAS) can visit the historic house for free. Every August, the Plymouth Antiquarian Society holds its annual Summer Fair on the front lawn of the historic Hedge House.