On May 10, 1870 the first official heavyweight championship took place in Kenner, Louisiana. The bout featured "Gypsy" Jem Mace, a heavyweight champion of England who was reaching the end of his career against Tom Allen, an English boxer who had been fighting in America for several years. Jem Mace had been fighting for twenty years and had a reputation for outlasting some of the greatest fighters in England after defeating champion boxer John Pratt in 69 rounds and enduring blows that resulted in Pratt breaking both of his hands. After a grueling contest that lasted 44 minutes, "Gypsy" Jem Mace was crowned the victor and received $2500 in prize money. Mace used the money to support his business, a popular saloon in the heart of New York City. The fight occurred when fighters wore no gloves and in an era when boxing matches ended when one competitor quit or was beaten to the point where he was unable to continue. The local newspaper noted that the fight had resulted in “…the sudden eruption into [New Orleans] of a population of men in which the animal predominates over the intellectual." Owing to both the violence of the sport and its affiliation with gambling, reformers tried to outlaw the sport throughout the second half of the 19th century and often succeeded in preventing matches from occurring. As a result of many deaths and serious injuries, and as part of an effort to prevent fights from being suspended by authorities, boxing promoters and fighters adapted many of the current rules and ended the practice of untimed bare-knuckle matches. The statue is a reminder of the early years of the sport as it depicts two life-size statues engaged in bare-knuckle combat near the place where the bout occurred. 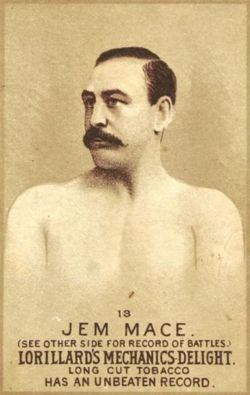 The statue was dedicated in 1988 and depicts the first world championship fight. 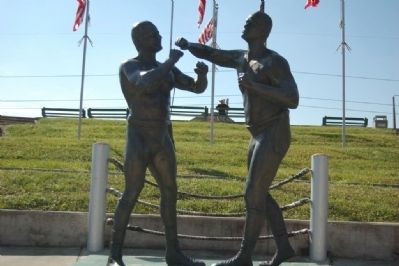 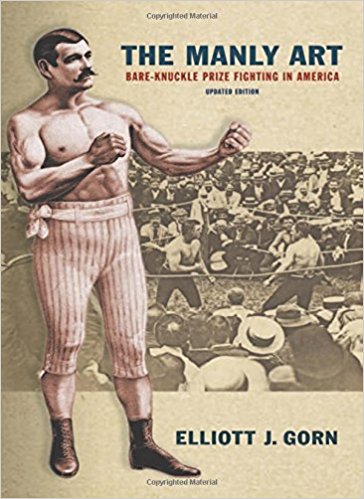 The bout took place in Kenner, Louisiana on May 10, 1870 and attracted over a thousand spectators. "Gypsy" Jem Mace weighed in at 165 pounds, while his opponent Tom Allen weighed in at 170 pounds. Like most other bouts at this time, the competitors fought with their own hands, a style known as "bare-knuckle" boxing that often resulted in significant injuries. For this reason, reformers suggested adding protective equipment such as boxing gloves. The most influential of these reformers, the Marquess of Queensbury, introduced a set of boxing rules in 1867. Among the twelve rules that were designed to turn the brutality of boxing into a "manly art," the Marquess of Queensbury required competitors to wear gloves and also provided time limits for each bout similar to modern boxing matches. Under the rules of this match held in America in 1870, however, the boxers used their bare knuckles and the bout lasted until Tom Allen could no longer continue the fight after enduring hundreds of punches. The writer for the New York Times who covered the bout speculated that no man had ever endured a more severe thrashing.

Tom Allen lasted for 44 minutes until his side signaled defeat by throwing something into the ring. "Gypsy" Jem Mace became the first heavyweight champion of the world and announced his intention to retire with his $2500 payout, a significant sum for the time. Mace later announced that he would come out of retirement to fight Joe Coburn. The two boxers were prevented from fighting by the police 1871 and Coburn did not show up to the rescheduled bout. Jem Mace continued to fight in exhibitions until the age of sixty. The statue of the two boxers battling are life sized recreations of their famous bout and the monument is standing where the fight took place. The statue was erected in 1988.