Commissioned in 1959, the Blueback arrived during the height of the Cold War and serves as a reminder of the country's efforts to develop military equipment that would support covert operations. The USS Blueback utilized the teardrop hull and single propeller submarine design, an innovation that helped the submarine move quietly and rapidly underwater. The Blueback was the last non-nuclear sub constructed. It was also the last submarine to be decommissioned after serving for 31 years. The Blueback was launched in 1959 and decommissioned in 1990. 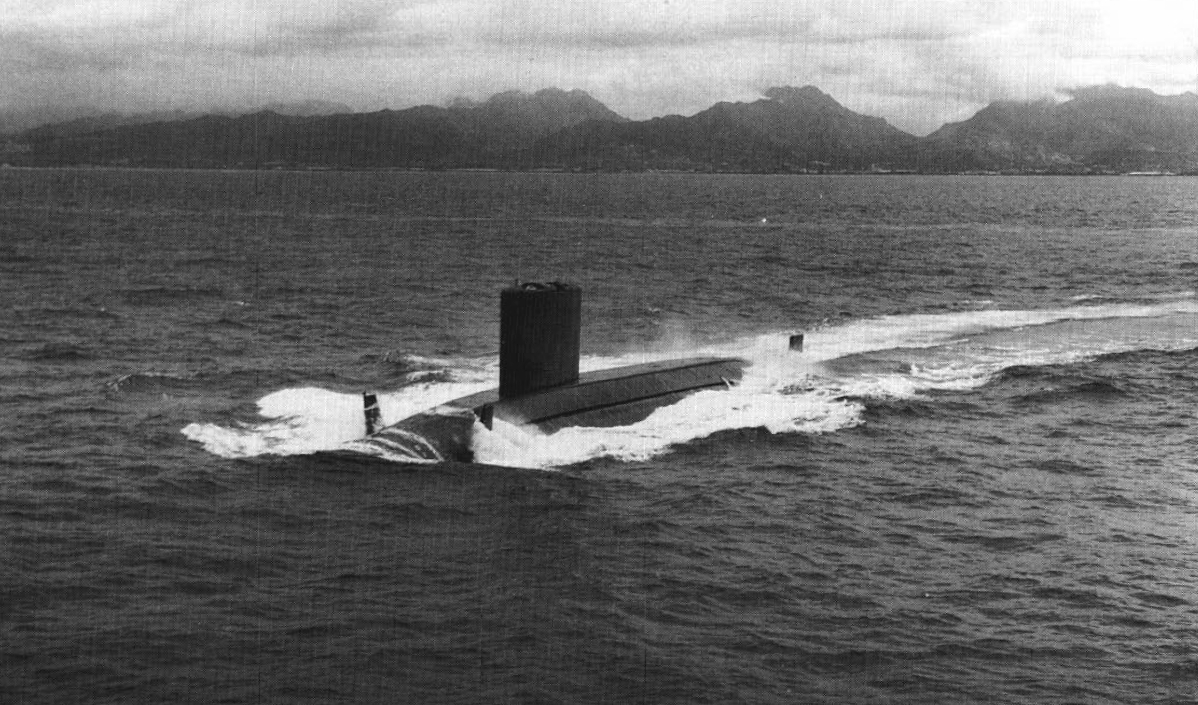 The nature of the Cold War inspired the military to develop naval vessels capable of moving quickly, but also quietly, as well as more technologically advanced, as is the case with the USS Blueback.  Despite the Navy's move to develop nuclear naval vessels, the Blueback relied upon diesel-electric power because it was quieter than it nuclear counterparts. Upon the Blueback's commissioning, in 1959, its teardrop hull was considered to be the most advanced design of any submarine in the world. So successful, subsequent subs -- in the U.S. and by foreign nations --  all copied the Blueback's tear-drop design.
Moreover, the top of the Blueback enjoyed a "sail" design rather than the conventional conning tower, which most later subs mimicked. Other technological advances found on the Blueback included a push button ballast and dive controls; flight-yolk steering; modern communication; advanced weapons systems.
The increasing need of submarines proved necessary during both World War I and World War II, notably in response to the German U-Boats that wreaked havoc on British and Allied forces. However, submarines built for those wars largely used submersion tactics only to avoid detection. Otherwise, they were intended to navigate the surface and engage in ship-to-ship combat.  The Cold War, however, changed the nature for which submarines necessitated. The attempt by the United States and the Union of Soviet Socialist Republics, or USSR (a.k.a the Soviet Union) to maneuver without being detected by advanced airships, radar, and even satellite made underwater tactics paramount.
Underwater is one thing, but quiet is another. Although Nuclear powered engines never have to surface because reactors run without batteries, they also cannot be shut down; the pumps that circulate coolant must run without interruption.  In contrast, diesel-electric engines, and its batteries can be turned off temporarily rendering the submarine completely quiet, aided by the fact that non-nuclear ships require no pumps, engines, or reactors -- little in the way of moving parts. In other words, a diesel-electric submarine can become nearly invisible to sonar.
The Blueback proved to be the last non-nuclear vessel created by the U.S. Navy, and when it was decommissioned, in 1990, it was the last non-nuclear warship to leave the fleet