The Badger Iredell Law Office is situated on the Historic Mordecai Park, although it is still owned by the Wake County Bar Association who undertook its restoration. This law office was utilized by two prominent Raleigh lawyers: George Edmund Badger and James Iredell Jr. Some of the artifacts housed in the law office were owned by the two men. The one-room law office has two entrances because it was originally located on the northwest corner of W. Edenton and N. Dawson Streets. The structure was moved to its current location, the Historic Mordecai Park, in 1973. Today, the law office serves as a reminder of the rich history of the legal profession in Raleigh and can be toured alongside the Mordecai house and grounds.

A closeup of a writing desk and fireplace in the Badger Iredell Law Office. 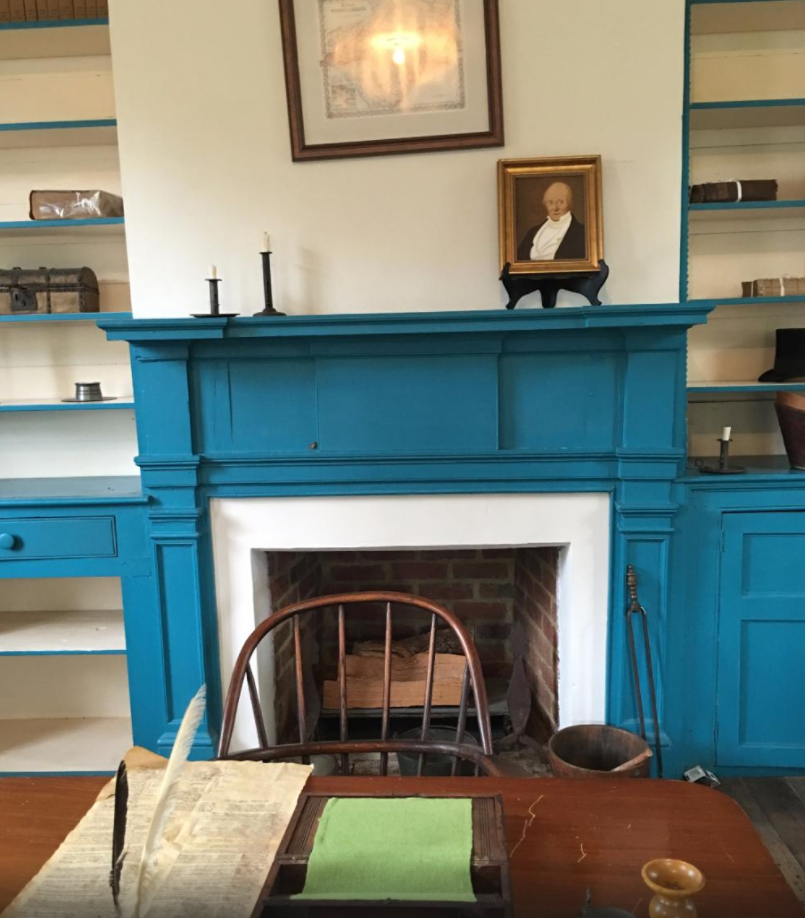 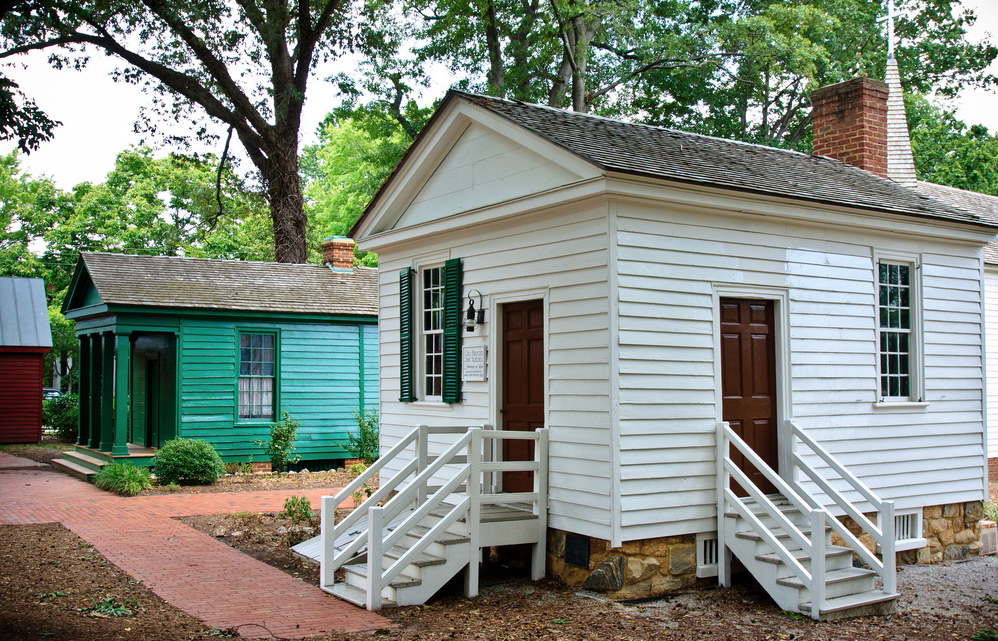 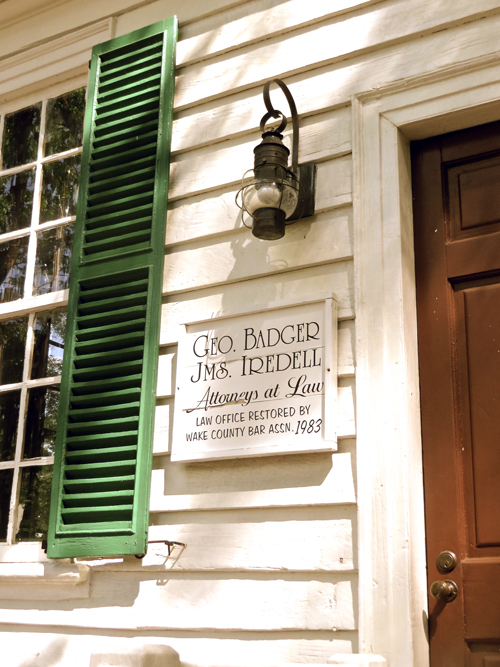 Another writing desk in the office. 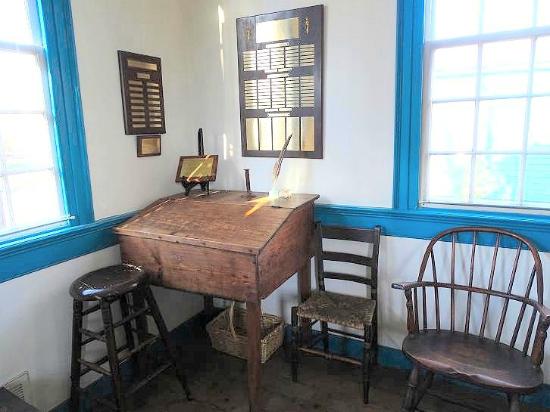 George Edmund Badger served as a superior court judge, secretary of the navy, and a U.S. senator over the course of his life. Badger was originally from New Bern, North Carolina. After being elected as a judge of a superior court, he came to Raleigh, where he established his law practice. He became involved in national politics beginning in 1828, with the presidential campaign of Andrew Jackson. Because he was overlooked by Jackson for the position of Attorney General and because of disagreements about a national bank, Badger left the Democratic party and became a Whig. For his efforts in the 1840 election, President William Henry Harrison appointed him secretary of the navy. He served briefly before resigning the post when John Tyler became president. Badger was later elected to the U.S. Senate. He retired from the Senate in 1860 and returned to Raleigh to devote his energies to his law practice.

Artifacts in the law office

Inside the law office are many historical artifacts. Among them is a traveling case that lawyers would put their legal documents in while on the road. Interestingly, there are moveable shelves to accommodate large law books. A print of George Washington in his Masonic garb, a beaver hat, and a shot glass filled with metal balls to keep a quill sharp also can be found inside the law office. Additionally, portraits of George Edmund Badger and James Iredell, Jr. are displayed.