The Sherwin Miller Museum of Jewish Art teaches visitors about Jewish history and culture through its art collection and educational programs. By sharing the Jewish legacy, the museum hopes to promote peace and understanding among all cultures. The upper level of the museum contains the permanent collection of art and artifacts showing the 5,000-year history of the Jewish people from the pre-Canaanite era through the settling of the Jewish community in Tulsa and the American Southwest. Visitors learn about the exiles’ and immigrants’ travels to new home lands, Jewish practices, ceremonies, holidays, and overall heritage. The lower-level of the Museum features the Herman and Kate Kaiser Holocaust Exhibition, containing hundreds of objects donated by Oklahoma veterans who took part in the liberation of German concentration camps.

The Sherwin Miller Museum of Jewish Art opened in 1966 and moved to this location in 2000. 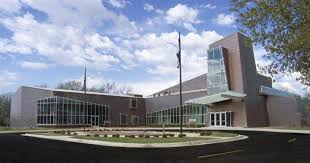 The Sherwin Miller Museum of Jewish Art (SMMJA) traces its history to 1965 when a local synagogue brought a traveling exhibit, “Traditional Ceremonial Art,” from the Jewish Museum in New York to the Tulsa community. It generated great interest in Jewish culture and art, and the following year, the Gershon and Rebecca Fenster Gallery of Jewish Art opened in the to the public in the Congregation B'nai Emunah Synagogue. Sherwin Miller, the first Curator of the Gallery, began collecting Jewish art and artifacts in earnest.