Gold Base, International Headquarters of the Church of Scientology

“Gold Base” is a heavily secured complex located on a 500-acre stretch of land outside of San Jacinto, CA that serves as the international headquarters of the Church of Scientology. It contains the primary residence of the current de facto leader of the church, David Miscavige, as well as the residences of many members of the elite Scientology sect known as Sea Org. Additionally, it is the home of Golden Era Productions, the media productions arm of the Church of Scientology. Serving as a place of religious education, residence, and organization, Gold Base also allegedly contains some of the Church’s more controversial facilities. Also located within Gold Base is “Bonnie View,” the mansion of Scientology Founder L. Ron Hubbard, which remains furnished and maintained under the belief that he will someday return. A public road runs through the center of the complex, but access to either side of the complex is controlled by the Church and the road is heavily monitored by officials at Gold Base. Tours of the production facilities are offered at the location for free.

A photograph of Bonnie View, Don Kelsen of the Los Angeles Times 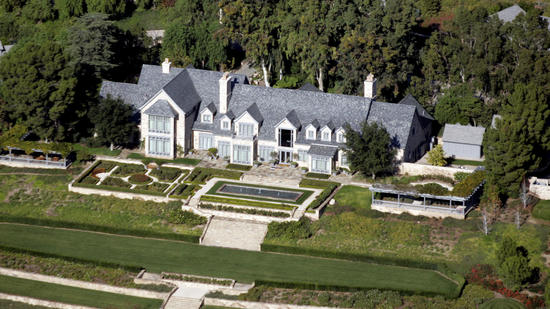 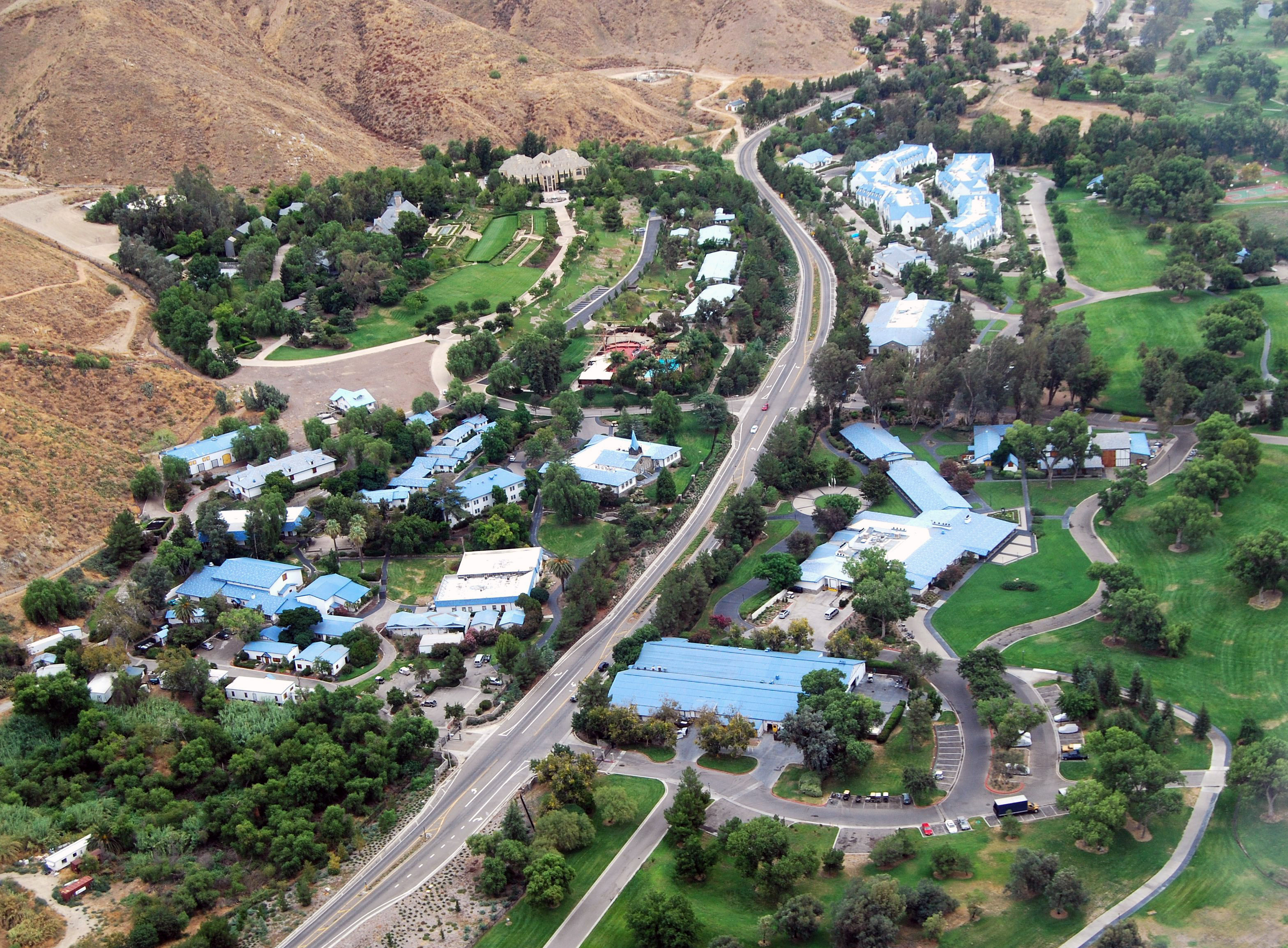 The land that would someday become Gold Base was once a resort centered around natural hot springs in the area.  The land was first purchased by Sidney Branch of Riverside, CA in 1890.  For years, Branch developed the land into a health resort known as Relief Hot Springs.  The resort was purchased in 1913 by the Gilman brothers who changed the name a number of times before settling on the name “Gilman Hot Springs.”  Under the care of the Gilman brothers, the spring expanded greatly, advertising the healing possibilities of the springs heavily.  During the years from 1913 to 1978 a number of major constructions were completed on the property, including creation of a 27 hole golf course, The Massacre Canyon Inn (which still stands within Gold Base as of the writing of this article,) and a training camp intended for use by boxers.  The Gilman Hot Springs boxing camp was used by boxing greats like Muhammad Ali and many of his colleagues.

The Church of Scientology purchased the site in 1978, when the profitability of the hot springs resort had fallen to an all-time low.  L. Ron Hubbard, preoccupied with Scottish culture, architecture, and vistas, authorized the purchase of the site after hearing that the site offered filming locations that looked similar to locales in Scotland.  The purchase was notably secretive.  The location was bought with $2.7 million dollars in cash, by an organization known as the “Scottish Highland Quietude Club.”  In reality this “club” was actually a representative of the church.  A lawyer working with the new owners by the name of Richard Hoag was set up as the owner of the site in an attempt to keep local interest out of church business.  In addition to secrecy in the buying process, Church public relations spread detailed stories about what was going on at the site that had nothing to do with the actual operations.

The secrecy around Gold Base continued as a result of the Church’s legal issues around the time of purchase.  L. Ron Hubbard’s wife, Mary Sue, and other followers had been arrested on espionage charges against the United States Federal Government which had the potential to take down the church as a whole.  As a result, secrecy was enforced even in travel of believers to and from the location.  Hubbard ordered the renovation of a large house on site for the creation of Bonnie View, which he someday intended to live in.  Hubbard demanded that the house be maintained in perfect condition and that renovations should include “openings for gun emplacements.”

In 1980, after a journalist Dick Lyneis discovered and reported that L. Ron Hubbard was living nearby and working in the facility, Golden Era Studios was constructed as a façade to throw the press off as to the real function of the site.  The studio was stood up over the course of a single night, with the studio building being set up to appear convincingly as an active production studio.

In the following year of 1981, internal strife wracked the Church.  L. Ron Hubbard was still in hiding and Mary Sue had been convicted and jailed.  Multiple organizations within the greater church jockeyed for leadership, but in the end it was the Commodore’s Messenger Organization that won out, led by the young David Miscavige, who leads the Church still as of the creation of this article.  Miscavige’s goal at the time was to clear the air in preparation for Hubbard to come out of hiding.  To commemorate the eventual return of Hubbard, Miscavige took advantage of Church staff labor in order to create a scale replica of a 19th century clipper ship which was to be presented as a gift to Hubbard, who had a love of all things nautical.  This replica resides on site.

In the following years, the Gold Base site would be expanded drastically.  From 1988 to the creation of this article, the Church of Scientology has spent almost $50 million expanding Gold Base and now owns almost all of the land in the area.  The perimeter of Gold Base is notably and heavily guarded, with private security on patrols, razor-tipped fences, and guard towers overlooking the area.  Gilman Springs Road, which is public land that runs through the center of the complex, is surveilled heavily by camera, guard, and even heat sensors.

While the Church has increased its charitability in the local communities surrounding Gold Base, and is generally welcoming to guests, it has come down very harshly on demonstrators who have protested in the area.  Protestors and guards employed by the Church have clashed on numerous occasions and the Church successfully litigated a county ban on demonstrators in late 2008.  This ban, however, has been continually reworked and rolled back due to conflicts with free speech law and the revelation that certain county officials had ties to the church.  The demonstration ban now only bans demonstration within 10 feet of the actual compound.

According to Church spokespeople, it is very common for visitors to receive tours of areas of Gold Base, and numerous celebrities who are faithful to the church have had notable visits to the site.  The golf course, which has been repaired and expanded, is not accessible to the public, but is often used for charity or other private events.

Gold Base. Wikipedia.org. Accessed June 21, 2017. https://en.wikipedia.org/wiki/Gold_Base#Acquisition_by_the_Church_of_Scientology_.281978.29. Meta-source for general info on Gold Base