The history of Grandfather Mountain begins well before European contact with indigenous populations. The Cherokee knew the mountain as Tanawah, meaning "Fabulous Hawk or Eagle", long before European explorers and settlers would see the old man's face in the mountain. The mountain was acquired in the 1800s by Donald MacRae and the property remained in private ownership until 2008 when North Carolina State Parks took possession for $12 million dollars from the Morton family who currently owned it as a tourist attraction. 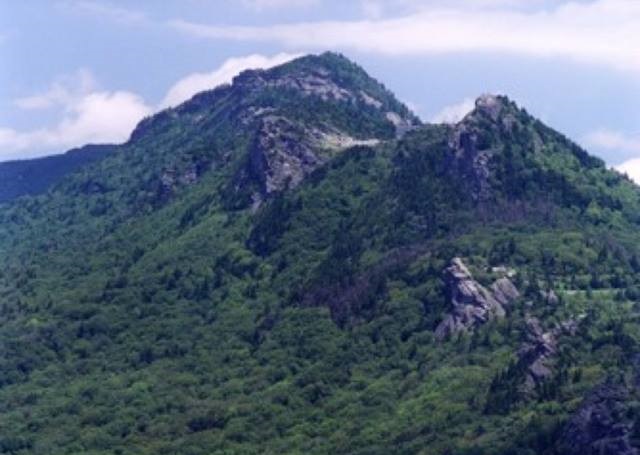 A piper plays from nearby Biscuit Rock above the MacRae Meadow campground. 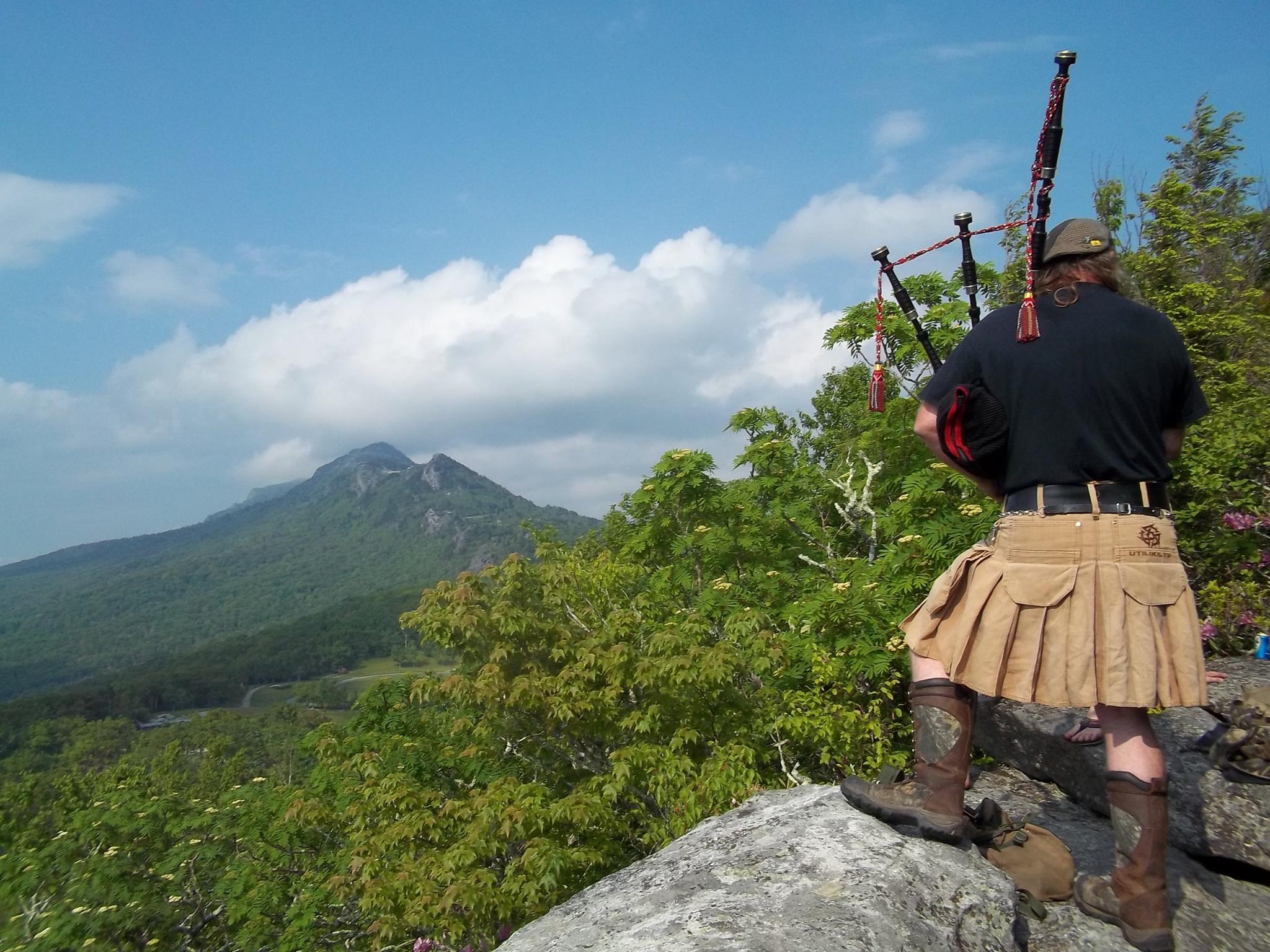 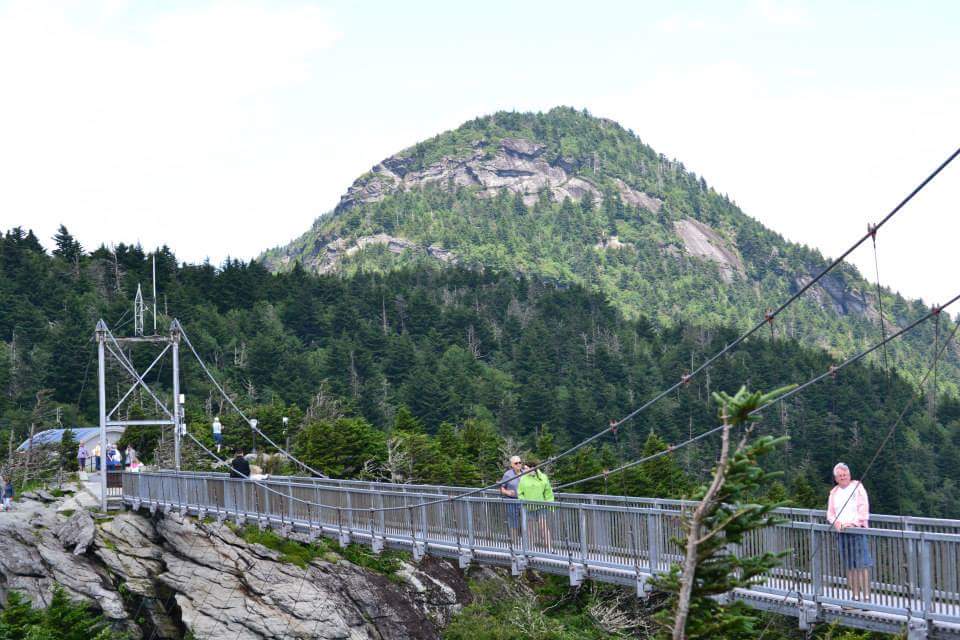 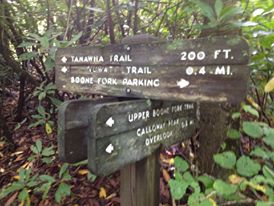 View of Nearby Hawksbill and Table Rock Mountains. 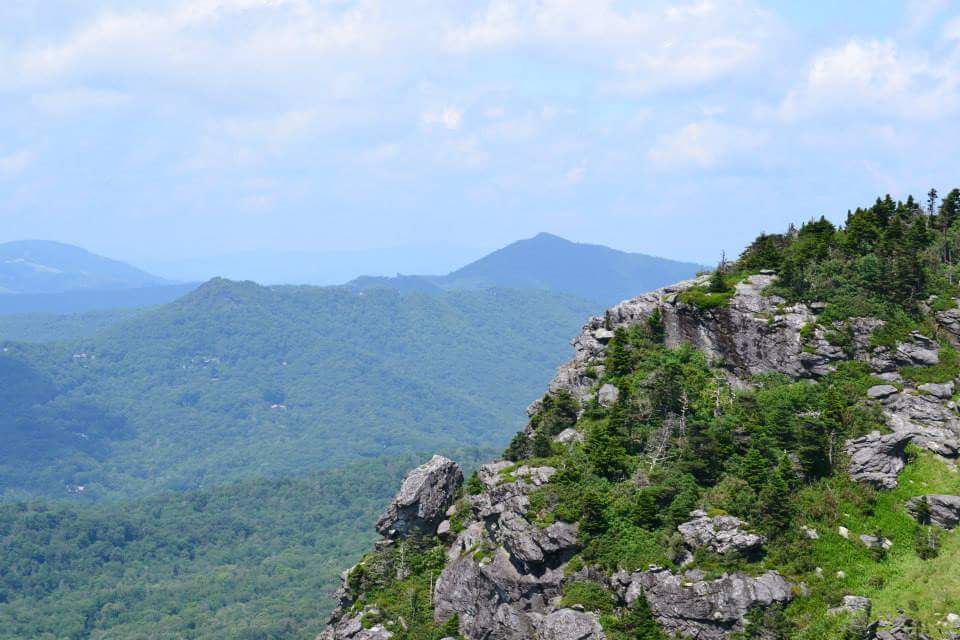 Though there is little available information before European explorers reached the region, Grandfather Mountain and surrounding areas were once held by the Cherokee people in what is currently the western portion of North Carolina. The mountain was known to them as "Tanawha" which meant "Fabulous or Great Eagle". Today little is visible of the Cherokee legacy other than the usage of their place names on Trails within the region such as "Yonahlossee" which means "trail of the bear".

In the mid-1700s colonial explorers began making their way through the region. The famous Daniel Boone himself, for whom the nearby town of Boone is named for, once also made the the climb to the top of the mountain. Numerous other figures such as the Scottish naturalist John Muir and botanists Andre Michaux and Asa Gray made note of several species of flora unique to the mountain such as Gray's Lily.

Towards the end of the 18th century the frontier of NC had reached the base of the Blue Ridge Mountains. Through the 19th century townships were founded further into the mountain range including Blowing Rock, Boone, Banner Elk, and Linville where the mountain is located. The first settlers into the Banner Elk and Linville area saw a large face in the profile of the mountain on its southern side. This face resembled that of an elderly man and would be the basis of its new English name.

Over the following decades the mountain would became more and more an important cultural and natural landmark for the north western region of North Carolina. Nestled above what is now the Blue Ridge Parkway, it has long been a destination for tourists bringing financial income to local businesses. The property, previously in the private ownership of the Lenoir family who settled nearby Catawba county, was purchased in 1885 by Donald MacRae who commissioned a resort in the Linville area which resulted in NC's first golf course and the creation of the major roadway that connected Linville to nearby Blowing Rock.

The mountain eventually ended up in the care of MacRae's grandson, Huge Morton, who continued to develop the area to generate tourism. This resulted in a UNESCO designation of a protected biosphere reserve, a nature reserve which includes a small zoo and large abundance of local flora, and the Mile High Bridge which has become a famous symbol of the already renowned twin-peaked mountain. The region is popular with hikers as it lies on the Appalachian Trail in addition to several miles of park trail on the Profile, Tanawha, Yonahlossee and Boone Fork Trails.

After his death in 2006, Morton's family sold over 2,600 acres to the State of North Carolina for development into a state park. The transfer of ownership and official designation as NC's 34th state park was completed by 2009. The mountain continues to draw thousands of visitors every year and host famous events on MacRae Meadow such as Singing on the Mountain in June and the Grandfather Mountain Highland Games every July which celebrates the Scottish heritage of NC which includes the MacRae family.

8AM to 8PM Sun through Sat.