Portland's Flatiron Building sits on land once owned by the city's founder, and its angular shape is due to the city's 20th century response to an economic and population boom. Many American cities, such as New York, Chicago, and Philadelphia, have flatiron buildings of their own, but Portland's is a bit smaller. Nonetheless, it's location and shape speak volumes about the city's history. 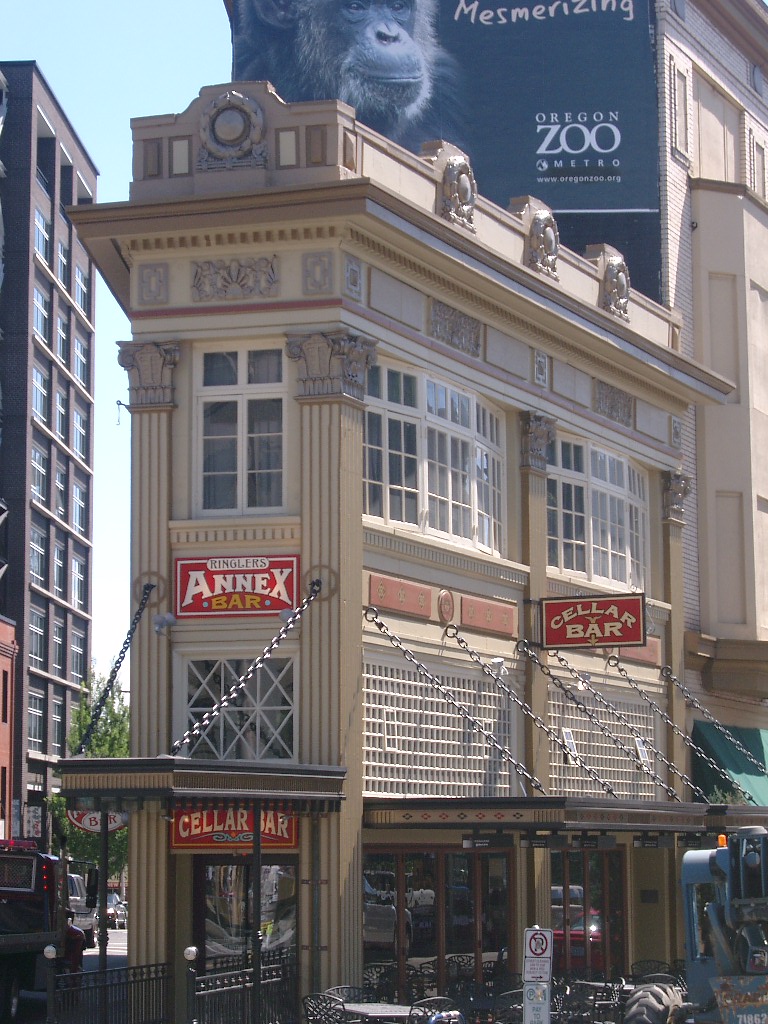 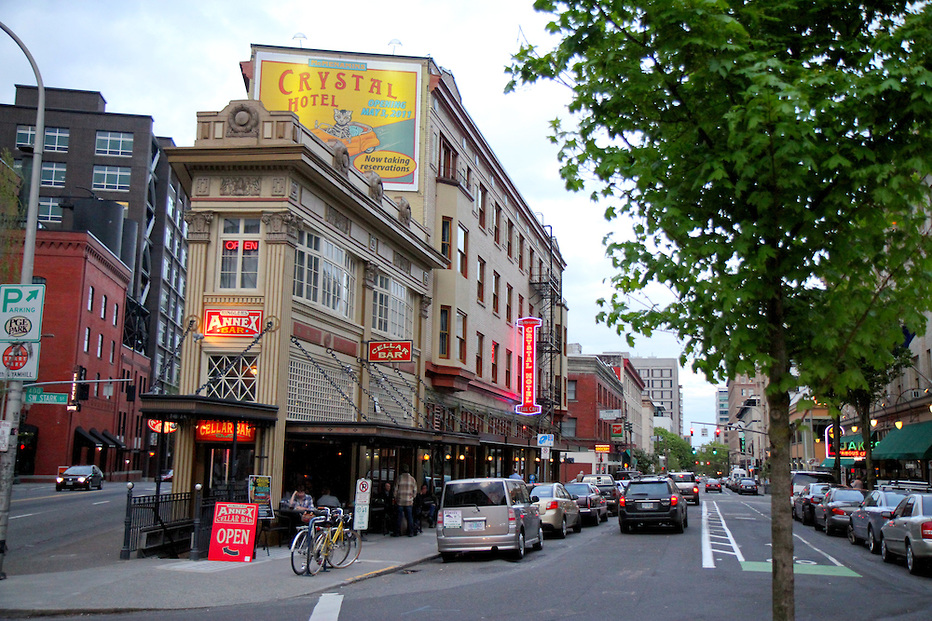 Portland's Flatiron Building is one of many that own that name throughout the country, although it is much smaller than most others.  Designed by Fred Manson White, the building was completed in 1917 and mainly served the automotive industry for most of its history. The Flatiron Building sits on land once owned by Captain Joun Couch, considered the founder of Portland. His decision in 1844 to forgo Oregon City and instead settle in Portland and open a store, helped propel Portland to regional urban supremacy over aspiring, rival cities in Oregon.
Though Couch contributed to making Portland relevant, the 1905 Lewis and Clark Centennial Exposition helped turn Portland into a true metropolis, spurring a new era of economic and population growth -- the city's population tripled by the 1920s from the late 19th century. As Portland grew, urban planning commenced. Portland's leaders took inspiration from the popular "City Beautiful Plan" that many cities embraced during the early part of the 20th century. For Portland, that included creating a street system that followed the grid pattern, which proved significant towards the eventual construction of the  Flat Iron building.
The grid (or gridiron) pattern resulted in rectangular city blocks. Thus most of the buildings conform to that shape and are either square or rectangular.  However, the addition of a few streets that run diagonally resulted in a few non-rectangular shapes, including triangular corners. The FlatIron Building demonstrates that difference. The Flatiron Building is rather diminutive but no less important than other cities' flatiron buildings that exist in angular city-block locations, or the other four flatiron structures that arose in Portland.
All told, the building long served Portland as a commercial property, and then in more modern days, the home of radio stations and various service industries.  But, it sits on the land that Couch settled,  providing Portland with the potential to succeed as an urban community, and its shape demonstrates the urban planning associated with Portland's move towards a bonafide urban metropolis during the early part of the 20th century.