Located at the northwest corner of what is now the Locust Hill Golf Course, this historic marker shares the history of the brick wall that remains from the small mansion that was built by Lucy Washington Packette in the 1840s. Packette was the daughter of George Washington's grandson Samuel Washington and married John Bainbridge Packette in 1840. All that remains of the house is the corner of the West Wall (pictured below). The estate sat vacant for years because it was inherited and never sold. This led to the home's deterioration although signs of the house's intricate design and the three layers of hand-laid brick is still visible.

The ruins of the home include several historical markers. 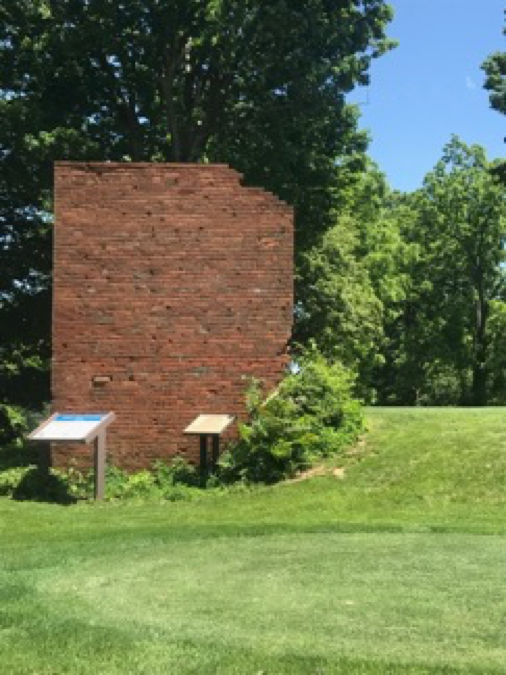 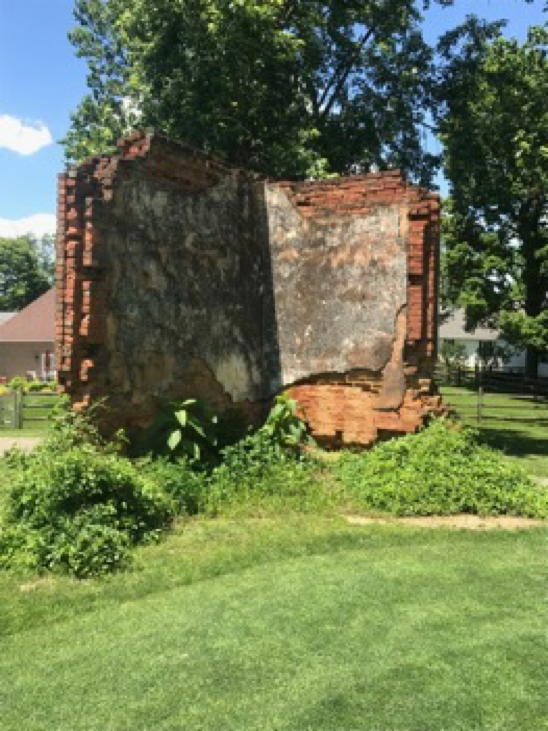 At the time of its construction, the home was more than sixteen times larger than the average home and the estate initially claimed the title “The Marvel among the Hills. The house was built for George Washington’s great-granddaughter Lucy Washington who married John Bainbridge Packette. In 1865, Union General Philip Sheridan occupied the home and used this as a headquarters leading to an attack of the home by soldiers under Confederate General Jubal Early.

Tyler, Mason Whiting, and William S. Tyler. Recollections of the Civil War: with many original diary entries and letters written from the seat of war, and with annotated references. Westminster, MD: Heritage Books, 2012.