Completed in 1966, the North Carolina Mutual Life Building is a significant landmark of the Durham, North Carolina skyline. The NC Mutual Life Insurance Company was one of the cornerstones of Durham's "Black Wall Street." Relocating Parrish Street to the corner of Chapel Hill Street and Duke Street in 1966, the building remains the home to what was at one time the world's largest African-American-owned insurance company. Today, NC Mutual Life occupies the top floor of the twelve-story structure as the building undergoes significant renovations. 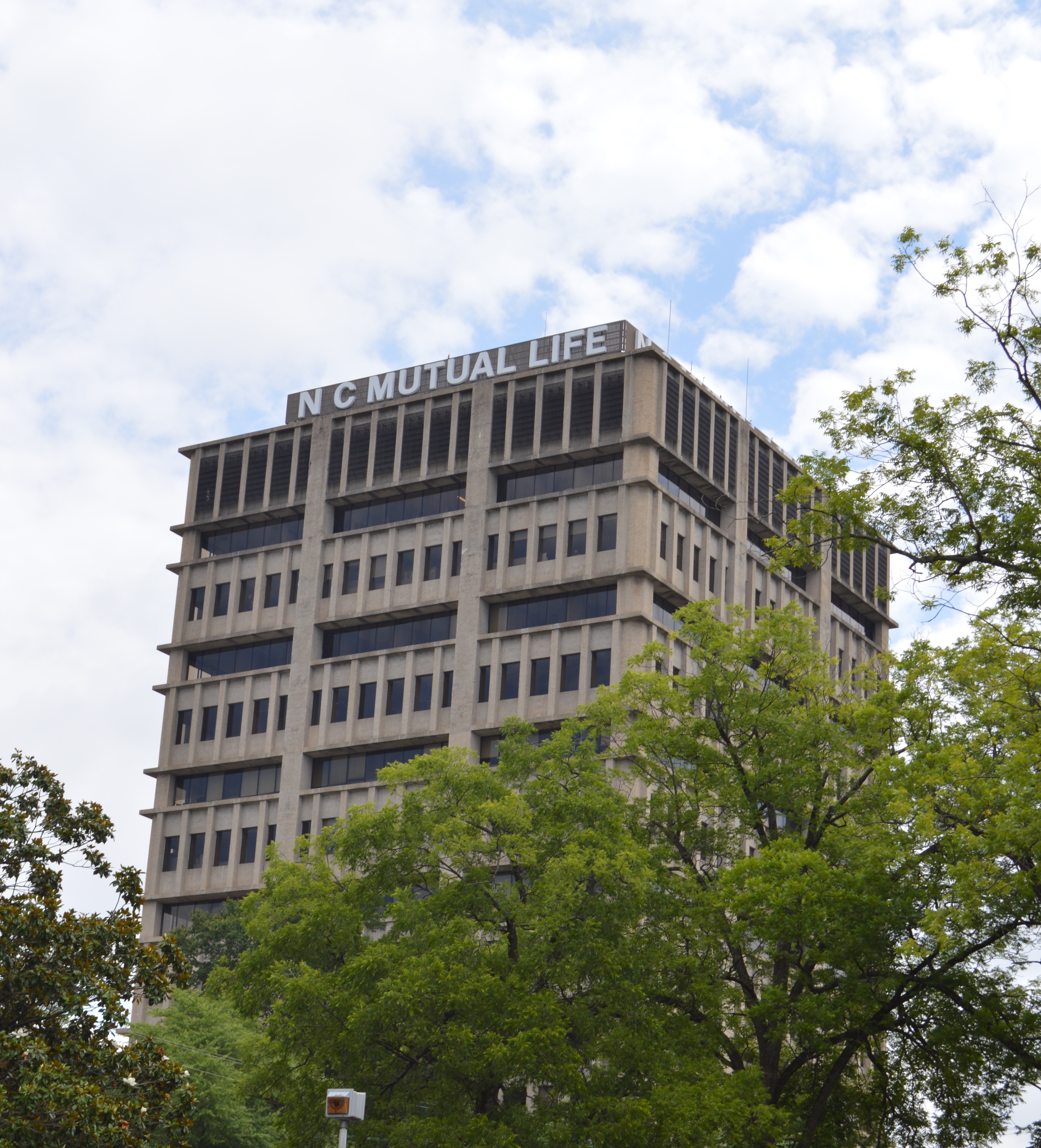 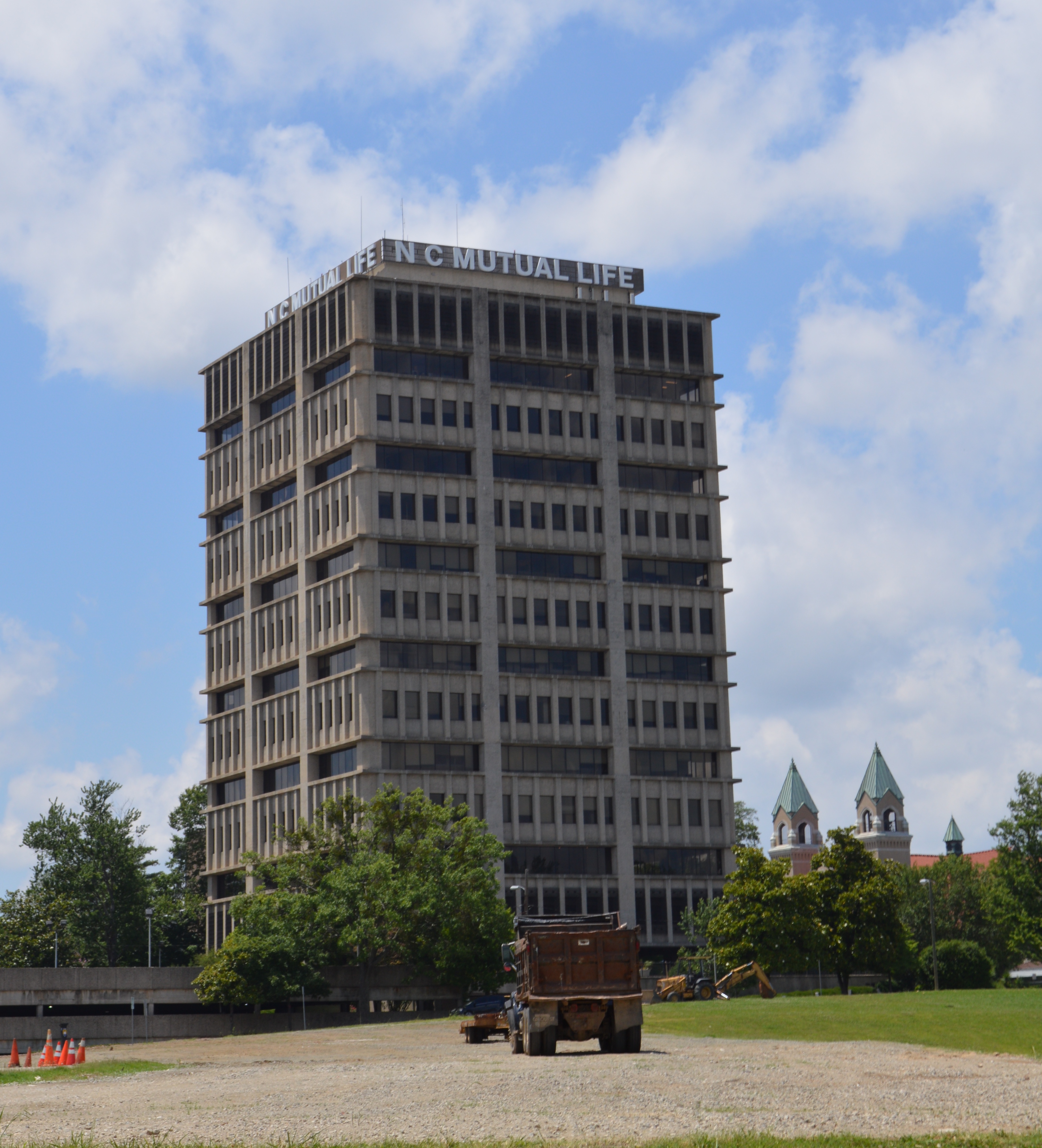 View from side patio area. 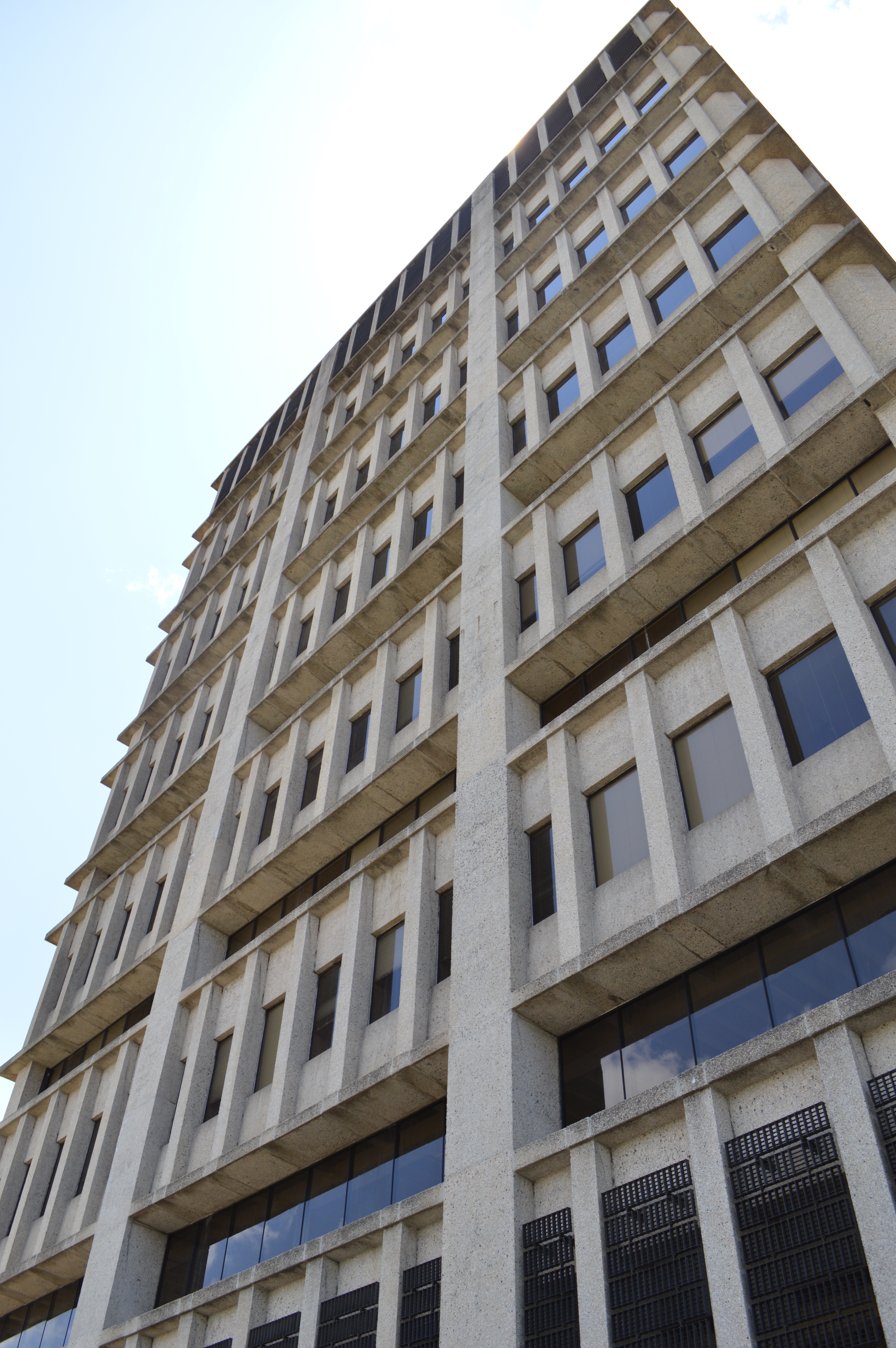 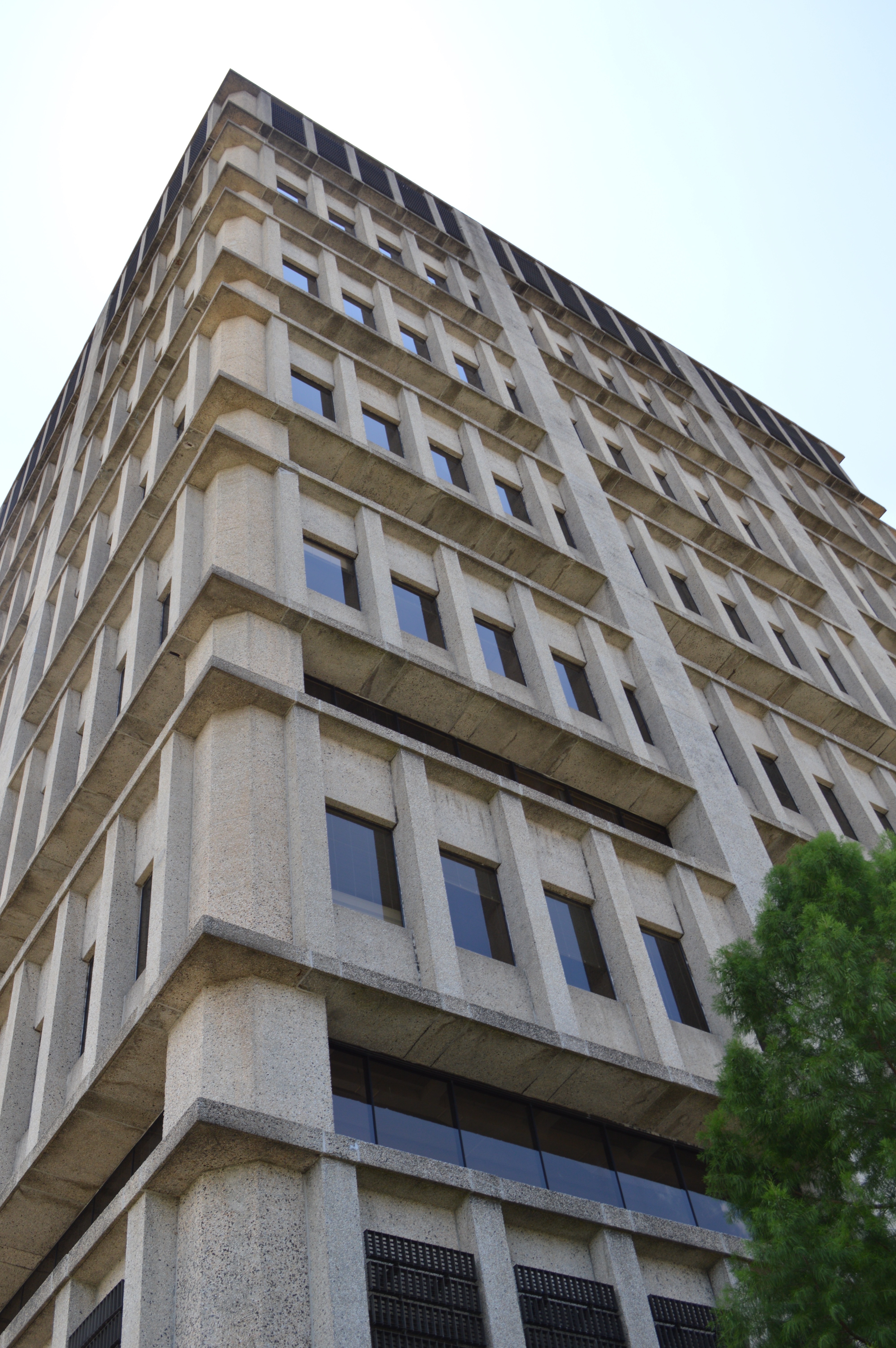 View of sign at the corner of Duke St. and Chapel Hill St. 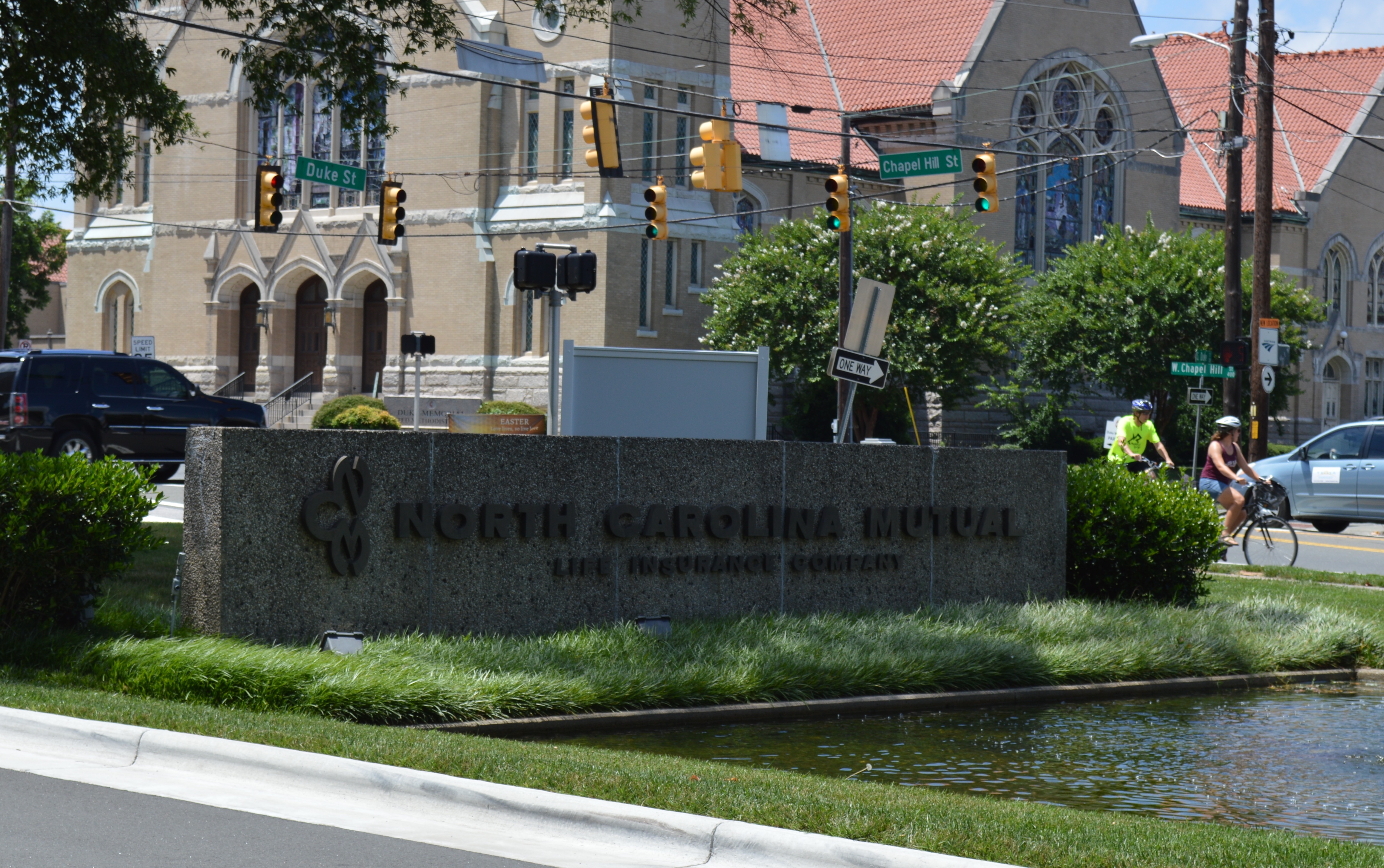 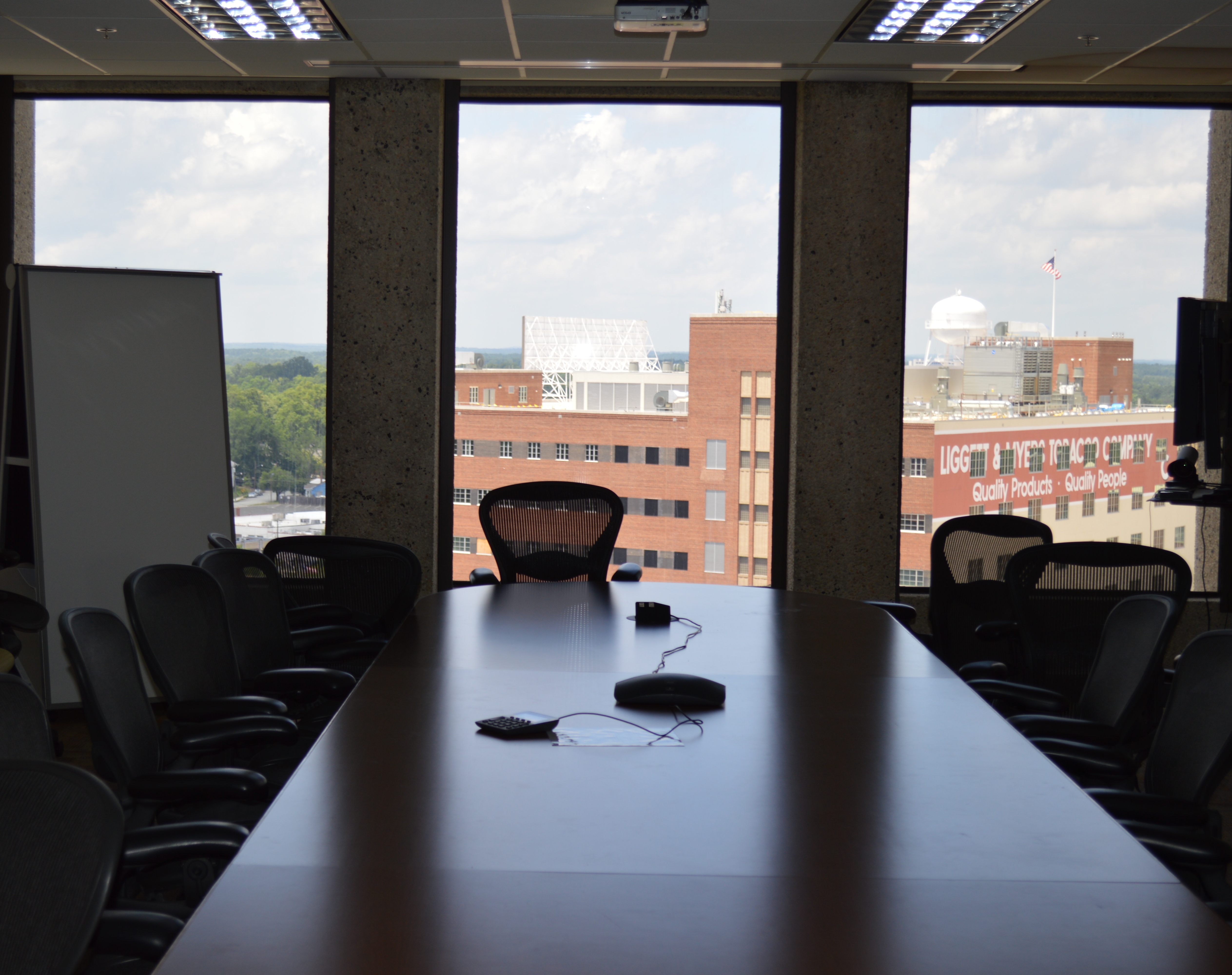 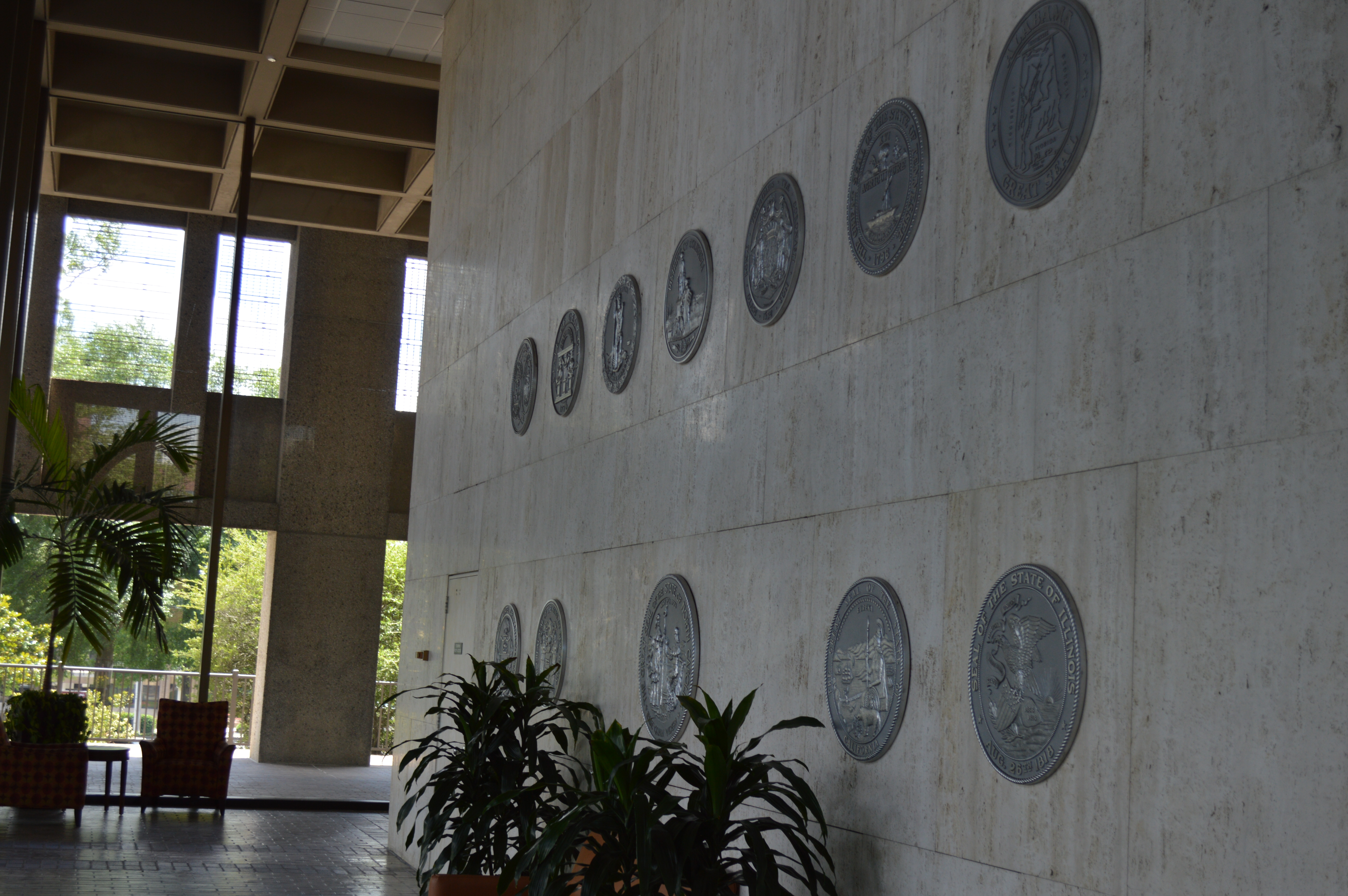 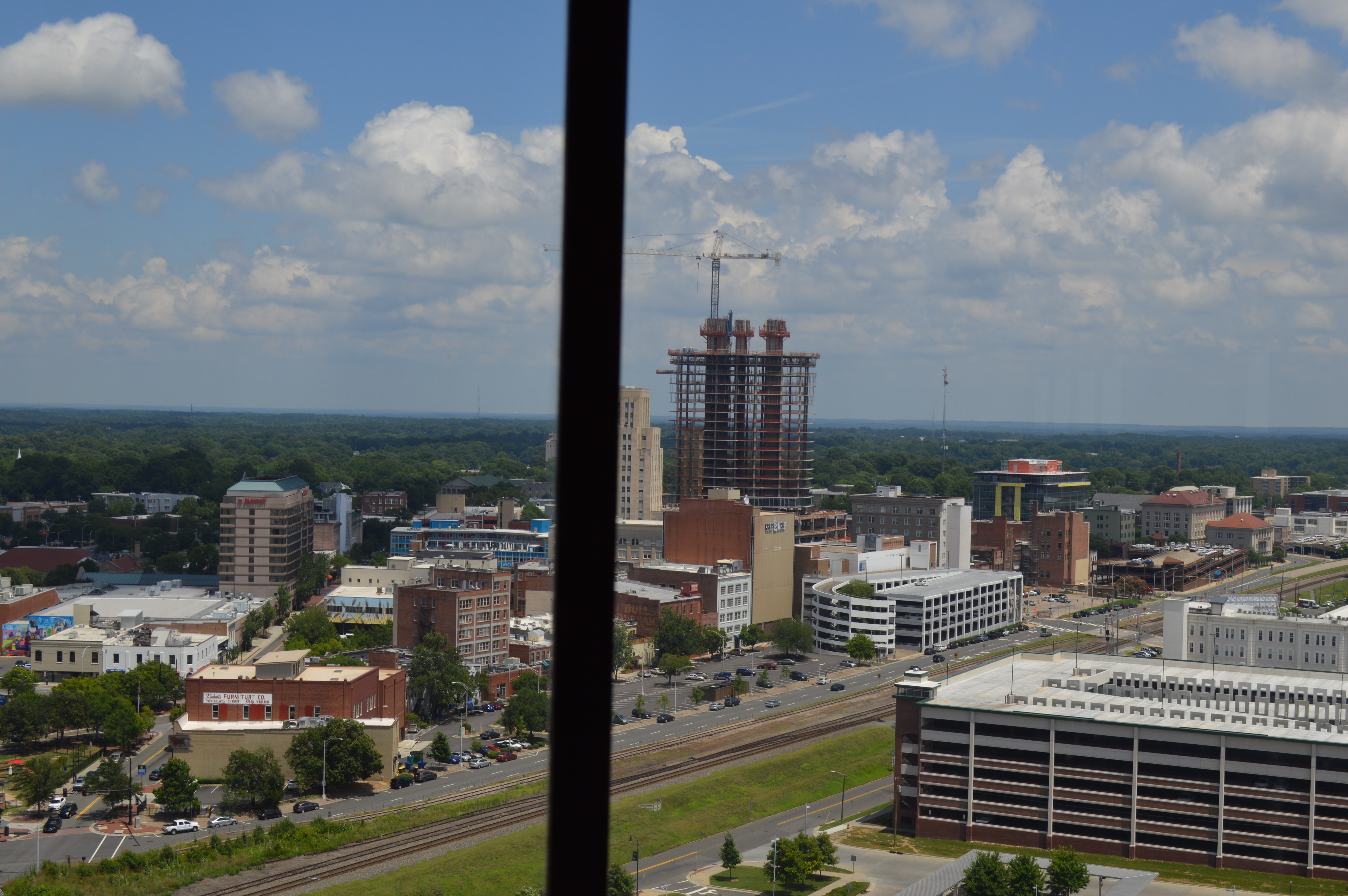 The North Carolina Mutual and Provident Association was incorporated in 1899, becoming the first African-American-owned insurance company in North Carolina and the largest in the nation. From its inception the company aimed to serve the African American community. The company’s original locations were on Main Street in Durham, and it later moved to Parrish Street in the early twentieth century. During this time, Parrish Street was a center for African American businesses, garnering the name “Black Wall Street.” The four block strip was known nationally for being an oasis for black business in the Jim Crow South. Booker T. Washington and W.E.B. DuBois visited the city in the early 1910’s and wrote favorably about Durham’s industries and the progressiveness of the community. 2

DuBois wrote in his essay, “The Upbuilding of Black Durham. The Success of the Negroes and Their Value to a Tolerant and Helpful Southern City":

But let the future lay its own ghosts; to-day there is a singular group in Durham where a black man may get up in the morning from a mattress made by black men, in a house which a black man built out of lumber which black men cut and planed; he may put on a suit which he bought at a colored haberdashery and socks knit at a colored mill; he may cook victuals from a colored grocery on a stove which black men fashioned; he may earn his living working for colored men, be sick in a colored hospital, and buried from a colored church; and the Negro insurance society will pay his widow enough to keep his children in a colored school. This is surely progress.3

The insurance society DuBois to which referred was the North Carolina Mutual and Provident Association, which became North Carolina Mutual Life in 1919. Under great leadership, the company grew and by 1945 was worth over $14 million. NC Mutual even proclaimed itself as the largest African-American-owned insurance business in the world. Success continued into the 1960’s leading to the construction of a new headquarter building, the Mutual Plaza Building.4

The land for the new headquarters building, which included B.N. Duke’s former grand estate “Four Acres,” was purchased from Duke University in 1960. The large estate was demolished and construction began in 1964. Modernist architects from Welton Becket Associates of Los Angeles and a North Carolina architect, Marion Ham, worked together to design the structure. The design included cantilevered floors that allowed for glass corners on every other floor, giving the appearance of “floating” floors. This unique design helped the building become one of Forbes’ most outstanding buildings in 1966. Unfortunately, the daring design failed as floors began to sag. Eventually, the floating floors were retroactively buttressed from the outside, and the building lost much of its unique aesthetic appeal.5

Following the building’s opening in 1966, the company continued to grow reaching the $1 billion insurance-in-force mark in 1971. By the mid-2000’s, North Carolina Mutual maintained over $150 million in assets and $12.5 billion worth of insurance-in-force.6 In 2006, NC Mutual Life sold the Mutual Plaza Building and secured a long-term lease to remain housed in the building. Recent years have marked a turbulent period for both the company and the building. The company now only occupies the top floor of the building as a result of considerable loses. 7 Under the direction of the new owners, an $11 million renovation is currently underway at the Mutual Plaza Building. Renovations include upgrading office space and lobby areas, and a first floor addition. The building’s façade will be cleaned and restored. Finally, the naming rights to the building will be sold, meaning “NC Mutual Life” sign will be replaced.8

As of 2017, Durham’s Mutual Plaza Building maintains its gaze over the city of Durham. Though the “NC Mutual Life” beacon that has hung over Durham for over fifty years will soon come down, restoration of the iconic building will preserve the legacy of the building and the company it headquarters for years to come.