This naval facility honors the life and service of Carl Brashear, the first African American to rise through the ranks of the US Navy to become a Master Diver. Brashear also attained the rank of Master Chief, the highest rank an enlisted member of the US Navy can achieve. Brashear overcame racism and achieved his rank while suffering from a leg injury suffered in the line of duty that resulted in the amputation of his left leg. Carl Brashear's sons DeWayne and Phillip Brashear started the Carl Brashear Foundation and in 2009 the CPO Club on base at Little Creek was renamed after him due to his frequenting of the club during his life.

Carl Brashear late in his career. 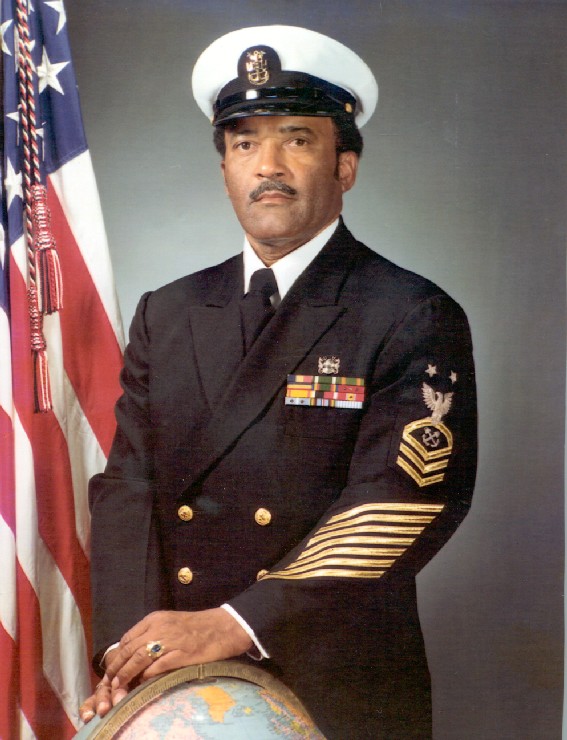 Carl Brashear climbing a ladder with weights attached to his back, part of the training he went through in preparation to be reinstated to diver.

Carl Brashear pictured in park of a diving rig. 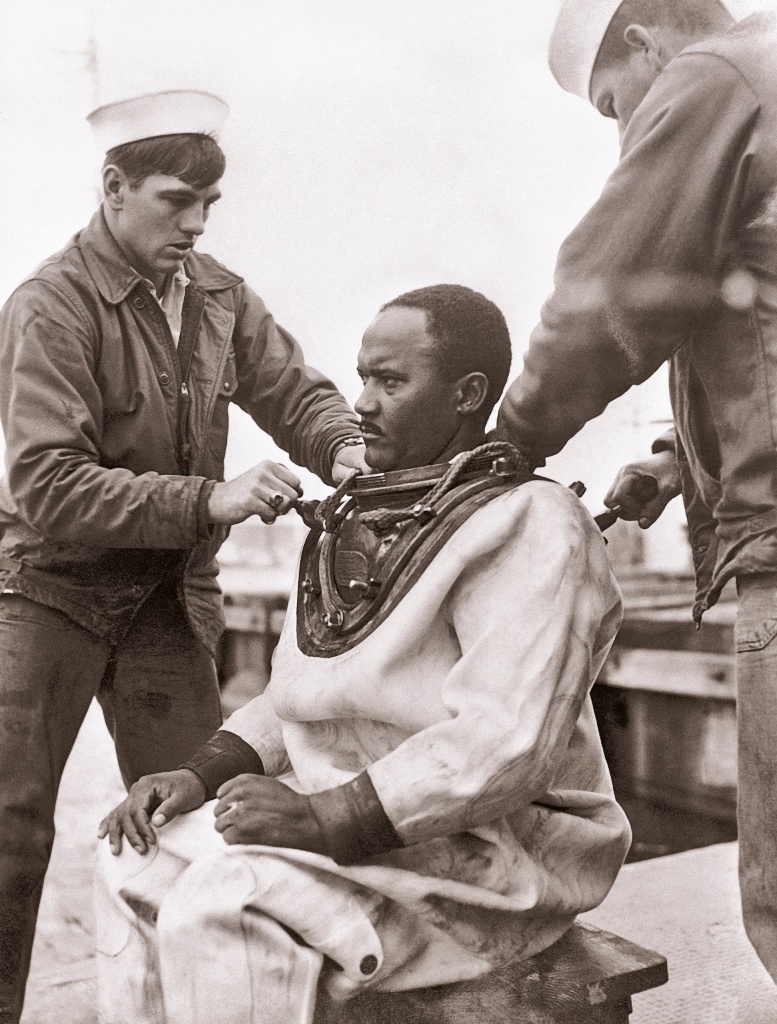 Carl Brashear rose from humble circumstances, being the sixth of eight children of sharecroppers in Kentucky in 1931. The house that he grew up in had no running water or electricity. Carl attended school through the eighth grade before dropping out to stay at home and work on the farm with the rest of his family. In 1948 he left home to join the US Navy which had recently been desegregated by Executive Order 9981. After completing basic training Brashear was assigned as a steward in Key West, Florida. For years Brashear petitioned to be allowed to attend diving school to become a salvage diver and in 1954 his request was granted. While in diving school Carl faced a lot of racial prejudice and was frequently left threatening notes in his quarters, but he persisted through to complete the course. While in school for salvage diving Brashear also completed his general equivalency diploma.

In 1960 Brashear started his first attempt of first class diving school, but quickly failed the course. After a repeated trial he was able to graduate and become a first class diver in 1963. In 1966, while Brashear was serving on the USS Hoist and conducting a search off the coast of Spain to locate a missing nuclear device, a mooring line snapped a pipe off of the deck and nearly severed his left leg just below the knee. After months of fighting off infection, the leg was amputated just below the knee and naval officials conspired to force Brashear to retire after he had served 18 years. However, Brashear was not ready to retire and signed his own orders to release himself to a diving school to start the process of training his body to be able to return to diving once more. After a year of being monitored at a first class diving school, Brashear was reinstated. This was the first time in US Navy history an amputee had returned to service.

In 1970, Carl Brashear began the five weeks of evaluation to see if he was qualified to become a master diver. In June of 1970, he was declared a master diver and achieved the rank of Master Chief, the highest rank an enlisted man in the US Navy can attain. In 1979 Brashear retired at the age of 48 after serving for 31 years, which is eleven years past the quota for retirement. After his retirement, Brashear continued to serve as a civilian employee at Norfolk Naval station from 1979 until 1993. Carl Brashear passed away in 2006 at age 75 after prolonged respiratory and heart failure. In 2009 the Chief Petty Officer Club at the Naval Station at Little Creek, VA was renamed in Brashear’s honor.