Located across the street from the Princeton Battle Monument, just inside the fence of a driveway, is this historical marker, which indicates that this area was where French and American forces encamped from August 29 to September 1, 1781 on their way to Yorktown, Virginia. The French force, which comprised of 450 officers and 5,300 soldiers arrived in Newport, Rhode Island on July 11, 1780. George Washington led the American force and General Jean Baptiste de Rochambeau commanded the French. The combined force would eventually defeat the English under the command of General Lord Cornwallis at the battle of Yorktown on October 19, 1781. 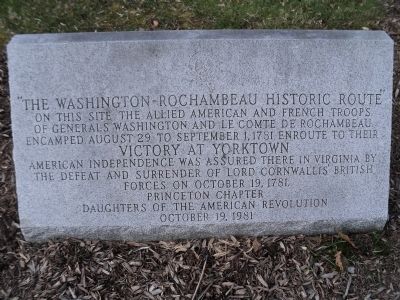 The marker is located just inside this fence 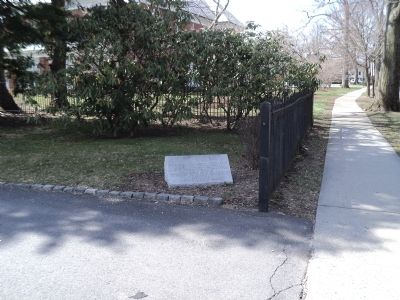