This Stanford University landmark was built between 1939 and 1941 and was inspired by the cathedral tower at Salamanca. The tower was completed in 1941 as part of the celebration of the university's fiftieth anniversary. Originally constructed to house the presidential library of Herbert Hoover, this structure later became the home of the Hoover Institution on War, Revolution, and Peace.The tower is also the home of the Hoover Institution Library and Archives. This archival collection is open to the public and began with the personal collection of historic records amassed by Herbert Hoover in the years prior to his presidency.

At 285 feet tall, the Hoover Tower is the tallest building on the campus of Stanford University. 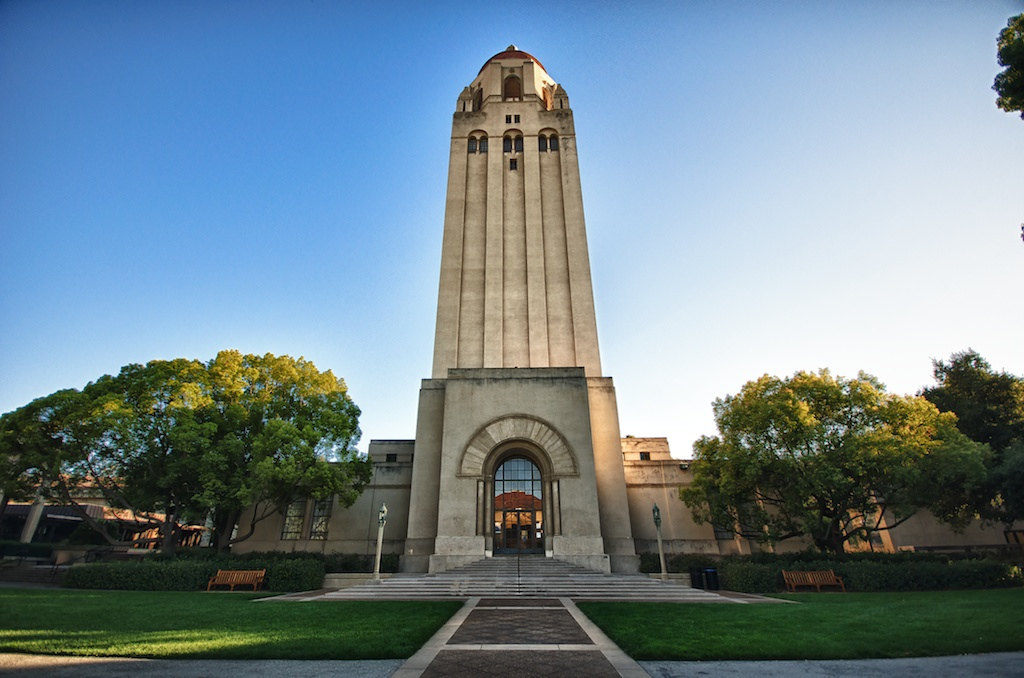 Herbert Hoover graduated from Stanford in 1895, just four years after the university was founded. Before becoming president, Herbert Hoover amassed a large collection of records pertaining to United States history, which he donated to the university along with funds to acquire books and additional archival materials. The library opened as the Hoover War Collection.

The structure also serves as the headquarters of the Hoover Institution, a think tank that has a reputation for a conservative political orientation. The top of the tower boasts an observation deck with incredible views of campus, as well as a carillon of 48 bells, 35 of which were brought from Belgium at the time of the tower's construction. The additional bells, one of which weights 2.5 tons, were added in 2002. The exiled Soviet writer Aleksandr Solzhenitsyn lived for a time on the tower's eleventh floor by invitation of the university.