Located on Oakland's Telegraph Avenue, the Cattaneo Block is one of the oldest commercial masonry buildings in the city. Built in 1871, the ground floor commercial building was originally used as a restaurant and saloon operated by Giusué (or Giuseppe) Catteneo. At the time, the saloon was known colloquially as the Brick House. Later tenants included the Buon Gusto Bakery and G & G Hardware and Plumbing. Today it is occupied by Pizzaiolo an acclaimed restaurant owned by Charlie Hallowell and a men's clothing shop called Standard & Strange. The Cattaneo Block was designated an Oakland Landmark On September 6, 1983.

A shot of the Cattaneo Block from the front. The building was designated an Oakland Landmark On September 6, 1983. 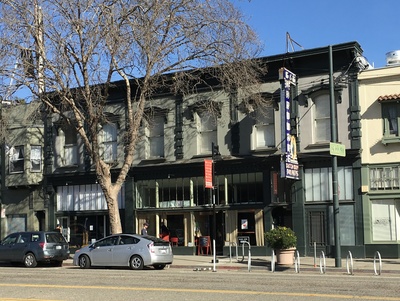