Located in the small town of Keyser, the county's seat, sits Mineral County Courthouse. The original courthouse was completed in 1868, just two years after Mineral County split from Hampshire County. With E.G. Sims serving as architect, the original building features renaissance style architecture. Later, a Romanesque Revival addition was added to the building in 1895. Wings were also added to the right side of the courthouse in 1955. 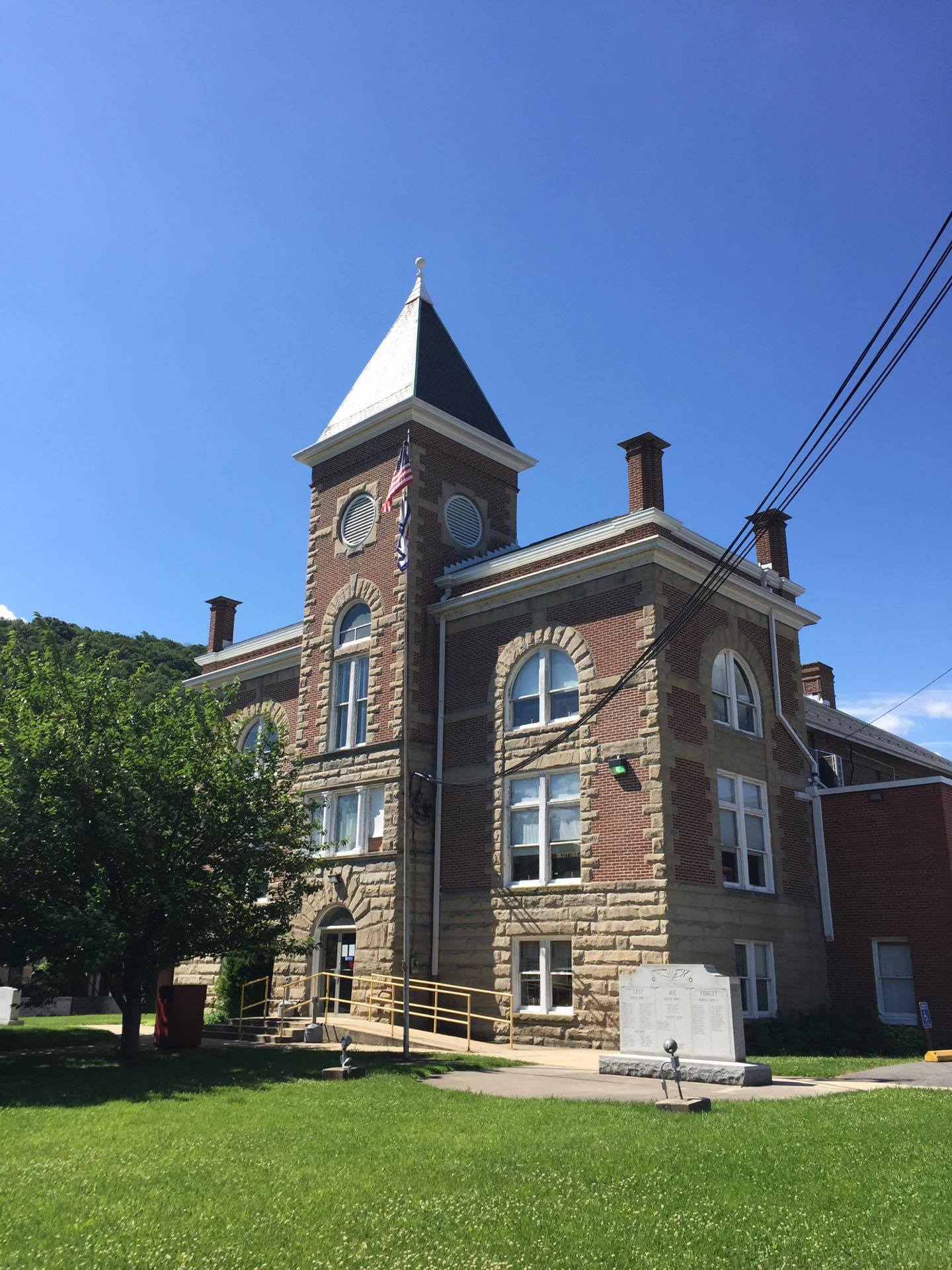 Mineral County split from Hampshire County in 1866, making it one of the five counties that were created after the formation of the state of West Virginia.1 Henry Gassaway Davis encouraged the divide because he wanted the large county to provide a courthouse - the center of government - closer to the business he was doing in the community of New Creek.2 It was here that Davis requested to have the county seat.3 (The area referred to as New Creek is present-day Keyser, West Virginia. The area was renamed to honor William Keyser, the Vice- President of the B&O Railroad.)4

E.G. Sims (architect), along with his building committee including Thomas R. Carskadon, Henry Davis, and S.W. Downey planned to have the building of the courthouse start in May of 1867 and be completed in April of the next year. James B. Walton, serving as contractor, would provide all the materials for the courthouse for $11,400.00.5 Payments would be made to Walton in increments. The courthouse was officially ready for use in June 1868.6 As with many courthouses at the time, a couple of rooms in the building were used for prison cells. The basement rooms were also rented out for schooling.7

The Mineral County Courthouse has been remodeled and repaired over the years. A fire, occurring in the last quarter of 1870, caused major damage to the Clerk's office.8 The damage was fixed the next year. The first major addition was a third story and a tower in 1895 with E.D. Fredlock as contractor.9 In 1941, plans were created for another enlargement of the courthouse. J. Paul Blundon created a blueprint that included a two-story West wing.10 With Ray Coffman as contractor, two story wings on both sides were completed by 1955.

The courthouse is a beautiful brick building. The second floor courtroom features a gable ceiling.11 It also houses a mahogany judge's bench.12 Beautiful wood paneling surrounds the front wall. Although some of the paneling has been painted, most of it is still exposed in an attempt to keep the building as close to the original as possible. Even the roof was just covered instead of replacing it completely.

The building is open to the public from 9am until 5pm, Monday through Friday. The Keyser Public Library (located on Main Street just a couple blocks away) houses books with many details pertaining to the Mineral County Courthouse.

9am until- 5pm, Monday through Friday