Terminus of the Delaware and Raritan Canal

Constructed between 1830-1864, the Delaware and Raritan Canal was one of the country's impressive engineering feats of the 19th century. Forty-two miles in length, the canal was built to transport coal from Philadelphia to New York City by connecting the Delaware and Raritan Rivers. Today, much of the canal remains intact and is a state park. Visitors are allowed to canoe or ride a boat on the water and walk along the path that follows the canal. 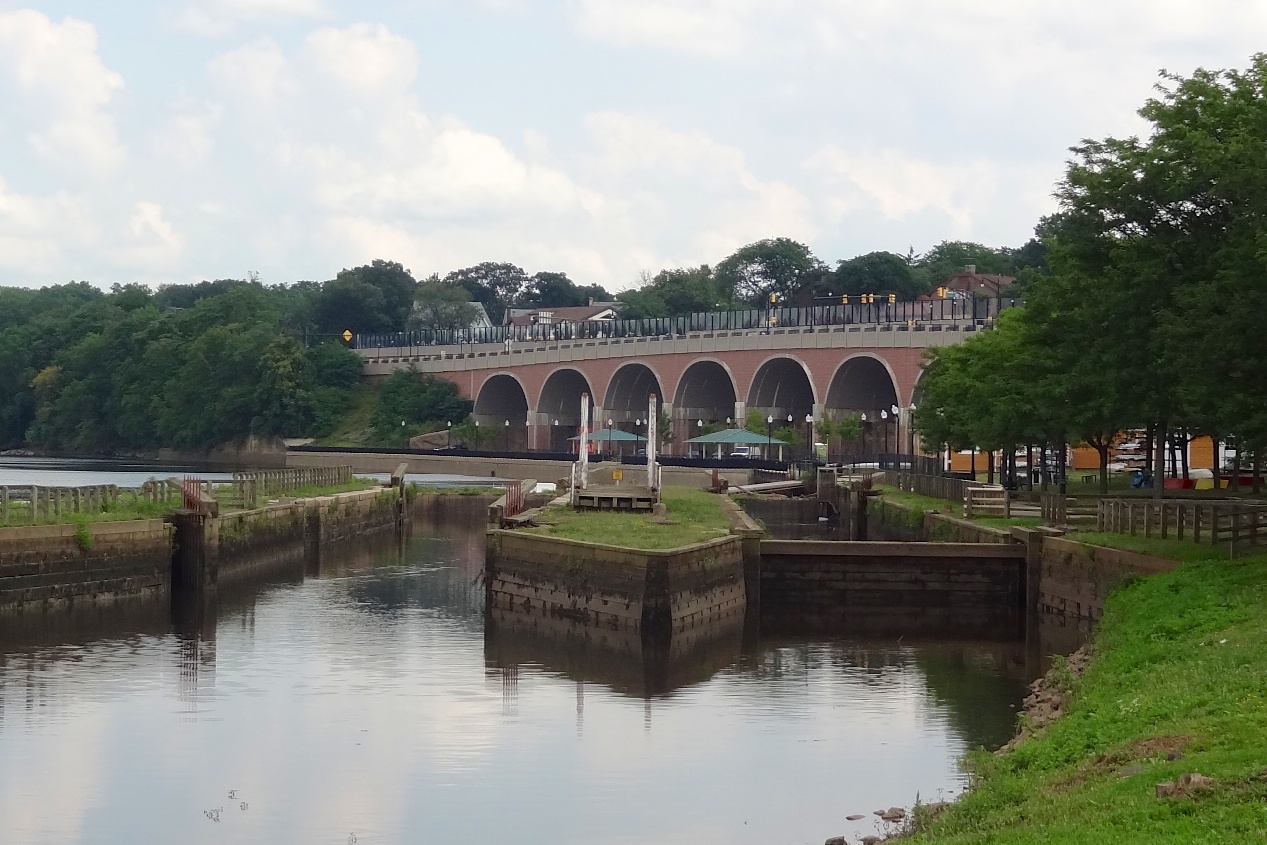 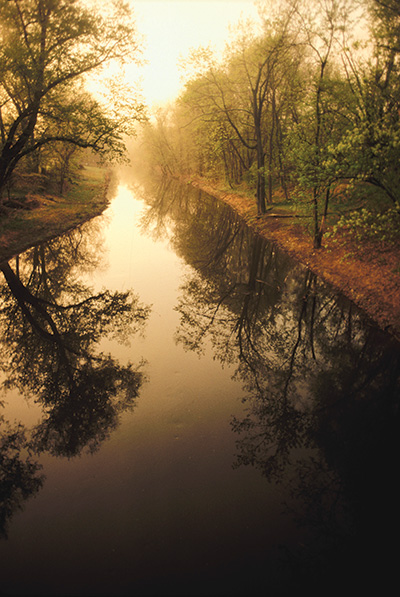 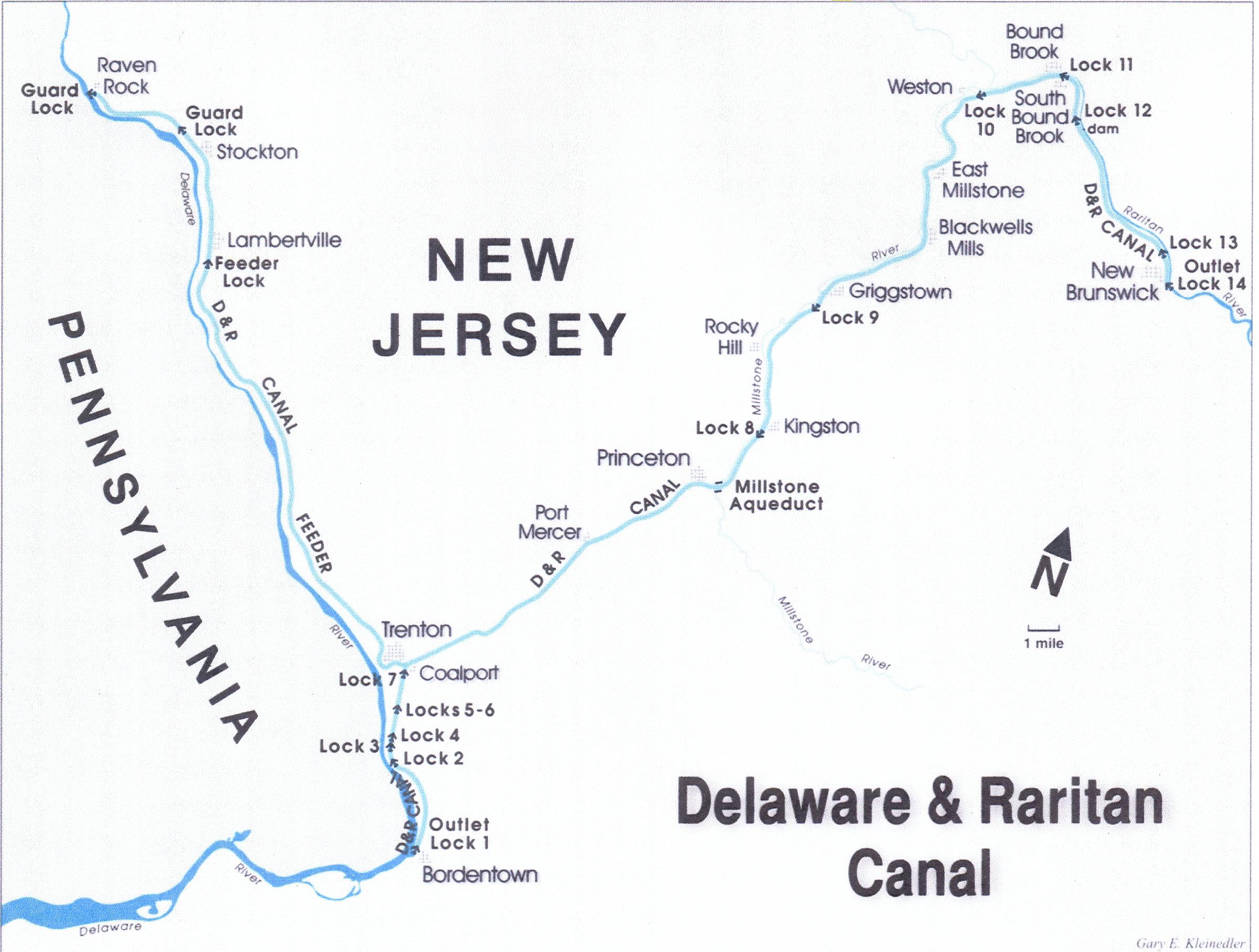 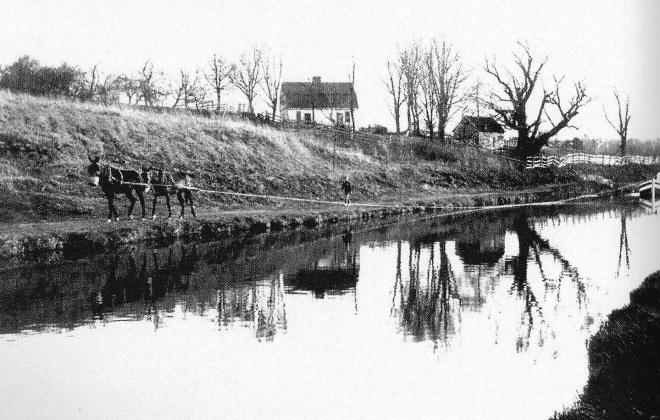 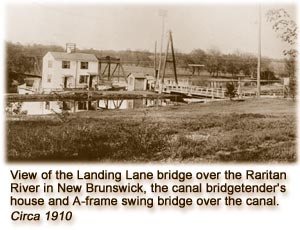 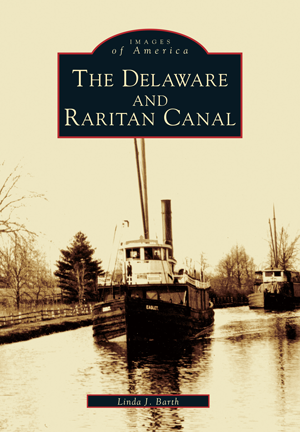 Though a canal across what today constitutes the state of New Jersey was considered as early as 1676, planning was not attempted until the early nineteenth century, when charters were attempted and abandoned in 1804, 1816, and 1820. Finally, in 1830, the Delaware and Raritan Canal Company and the Camden and Amboy Railroad and Transportation Company consolidated and began construction of a 42-mile canal with 116 separate locks which connected the Raritan River at New Brunswick with the Delaware River at Bordentown, and included a feeder canal from Bull's Island to Trenton. The canal was built over the course of four years, from 1830-1834, using primarily immigrant labor, including around 3,000 Irish workers. Canal laborers, referred to as "navvies", worked six days a week from sunrise to sunset and lived in tent communities with no sanitation or medical care; under these conditions, it is hardly surprising that outbreaks of disease took the lives of many navvies, particularly during two cholera epidemics in 1832.

With the opening of the Delaware and Raritan Canal in 1834, America's two largest cities at the time, Philadelphia and New York City, were linked directly by water for the first time, allowing Pennsylvania coal to be quickly shipped to Manhattan. Initially, freight was transported on barges pulled by mule teams. In 1837, a financial panic led Robert F. Stockton to England, seeking to raise capital for continuing improvements to the canal and its accompanying rail line. While there, he commissioned John Ericsson to design the first screw propeller steamboat to be used in the United States. Two years later, the steamer (named after Stockton) became the first iron vessel to cross the Atlantic, as well as the first successful propeller-driven boat in America. This marked the beginning of steamboats and even steam-powered locks on the canal. That same year, the Camden and Amboy Railroad was completed between Philadelphia and the Hudson, allowing the consolidated companies (which became the United New Jersey Railroad and Canal Company in the 1860s) to transport coal year-round, even when the canal froze during the winter. Over time, railroads overtook the canal's role in moving freight between New York and Philadelphia, and by the turn of the twentieth century, the D&R Canal was operating at a loss. The feeder was abandoned in 1913, and the main canal closed in 1933.