The American Hungarian Foundation (AHF) is the only organization in the country promoting Hungarian history and culture. It was founded in 1955 and features a museum, a library, and archives. The museum, which opened in 1989, showcases fine and folk art—many times presented in photographic exhibitions—in permanent and temporary exhibits. The museum emphasizes artwork created by artists born in Hungary who have had careers in the United States. The library and archives house rare books, manuscripts, photographs, and video recordings, providing visitors and researchers with valuable information about Hungarian social, religious, and cultural life in America. 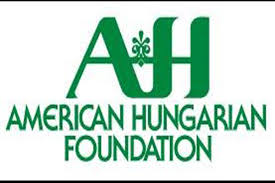 Exhibit in the AHF Museum (image from Gimagine) 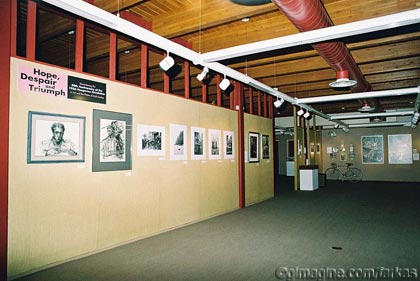 The AHF was founded in 1955, with a mission to collect, conserve, and celebrate Hungarian history, heritage, and culture, and holds three signature events each year in New Brunswick: hosting the café and music for the Hungarian Festival in June, the Carousel Ball, and The Festival of Trees in December. The Hungarian Heritage Center, housing the AHF library, archives, and museum, opened in 1989. The foundation holds lecture series, crafts workshops, and educational programs at the facility. The AHF Museum displays both permanent and temporary exhibits featuring Hungarian immigrant life through fine art and folk art, as well as historic photographs. The library holds a wide variety of materials including books, music, videos, maps, periodicals, and historic documents, and is an affiliate of the Rutgers University Library. Rare items in the archives include fifteenth-century books, original manuscripts by Hungarian writers, and historic letters and photographs.

For much of the nineteenth and early twentieth centuries, Hungary (or Austro-Hungary, at times) experienced significant upheaval. Both political and social complexities emerged as literally dozens of ethnicities found themselves under the Hapsburg rule of the Austro-Hungarian Empire in the early nineteenth century. Between 1820 and 1920, around four or five million emigrants left the Empire for the United States, including Czechs, Slavs, Slovaks, Ukrainians, Poles, Magyars (Hungarians), and Austrians. After Hungary lost the 1848-1849 War of Independence, around four thousand rebels moved to the U.S., and Hungarian Americans held the highest percentage of any ethnic group to serve in the Civil War. Most served in the Union Army, and ten percent became officers of high rank. A much larger second wave of immigrants came to the U.S. between 1880 and 1914. Perhaps because of the ethnically divided nature of their homeland, Hungarian American churches have historically been largely ecumenical, welcoming Catholic, Protestant, Greek Orthodox, and Jewish Hungarians to worship together.

Though many Hungarian immigrants were farmers, they sought higher-paying industry jobs in America, often in order to be able to return to Hungary with more capital. Others settled permanently, particularly in industrial centers including New Brunswick. During World War I, Hungary and America fought on opposite sides, halting immigration for the duration of hostilities. Hungarian American communities, though conflicted between loyalty to their homeland and to their nation of residence, put on "loyalty parades" to show their allegiance to America, as well as to prevent harassment by the population at large. Because Hungary was divided into smaller states after the war, many temporary Hungarian American residents became permanent residents or citizens. Until that time, boarding houses with nearly unlivable conditions were common for the many immigrants who planned to return to their homeland, but after 1917, "Little Hungarys" appeared as permanent settlement led to home-buying and the establishment of businesses in America, even as assimilation into American culture increased among Hungarian Americans. World War II and its aftermath increased Hungarian immigration to the U.S. as refugees fled the Nazis, Stalin's U.S.S.R., economic turmoil, and the failure of the 1956 Hungarian Revolution. Rather than immigrant farmers, many of these refugees were intellectuals of both the left and right wing, Jewish Hungarians, military officers, members of the middle and upper classes, and young people seeking educational opportunities.

New Brunswick: The "Most Hungarian City in the United States"

New Brunswick offered ample industrial employment for Hungarian Americans, with cigar box, button, and wallpaper factories, as well as the factory of the Johnson & Johnson Company. Hungarian Americans, in fact, made up the majority of Johnson & Johnson's employees, and the company offered free English classes and other benefits to new arrivals from Hungary.  The Hungarian immigrants who settled in New Brunswick permanently, and established businesses and institutions along French and Somerset Streets. These included Hungarian American churches, an athletic club, a bank, restaurants, and the largest Hungarian-language newspaper in the U.S., the Magyar Hirnok (Magyar Herald), which was established in 1909. By 1930, between one fifth and one third of New Brunswick's population was Hungarian, and in the late twentieth century, the 100 miles in and surrounding New Brunswick were home to around forty percent of all Hungarian Americans. Somerset Street remains a "Little Hungary," with several of the businesses and institutions established in the late nineteenth and early twentieth centuries still present. These have been joined by the AHF Hungarian Heritage Center, Museum, and Library and Archives; as well as the Csurdöngölo Folk Dance Ensemble of New Brunswick.