This historic marker set up by the state of New Mexico is dedicated to the influential women who helped settle and establish what is now New Mexico, when claimed and colonized by Spain. These women listed here played major roles in the history of Albuquerque as Spain colonized what they called New Spain. At the time, they called the new settlement, La Villa San Felipe de Alburquerque. This marker is in the vicinity of Old Town Albuquerque, but not in the more historic part of it. 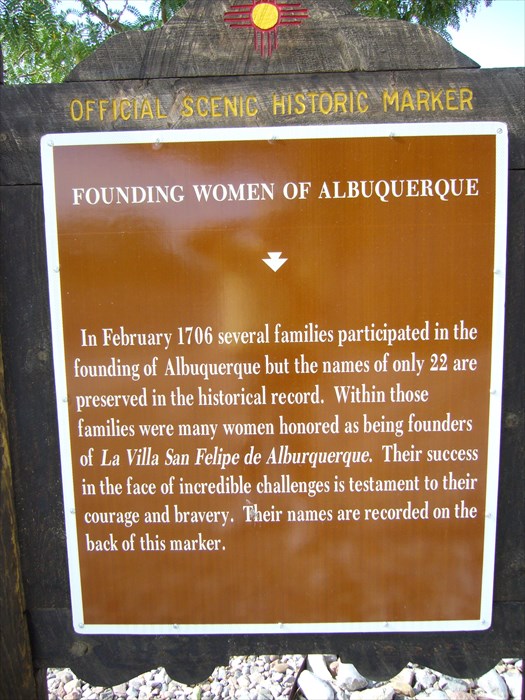 Description found on both sides of marker:

In February 1706 several families participated in the founding of Albuquerque but the names of only 22 are preserved in the historical record. Within those families were many women honored as being founders of La Villa San Felipe de Alburquerque. Their success in the face of incredible challenges is testament to their courage and bravery. Their names are recorded on the back of this marker.