In or near this location, was the final battle of the New Mexico Campaign of 1862, on April 14. After the Mesilla Secession Convention of 1861 lead to the bottom portions of present day New Mexico and Arizona (then one territory) to join the Confederacy, Confederate forces under General Henry Sibley went north and occupied cities such as Santa Fe and Albuquerque. Union forces under General Edward Canby, went to liberate New Mexico. After the Battle of Glorieta Pass led to a major Union victory, Confederate forces fled southward. It is here at Peralta that Union forces, after obtaining another victory here, effectively kicked Confederate forces out of New Mexico into Mexico and Texas, only to occasionally raid into New Mexico until war's end.

Map of the New Mexico Campaign. 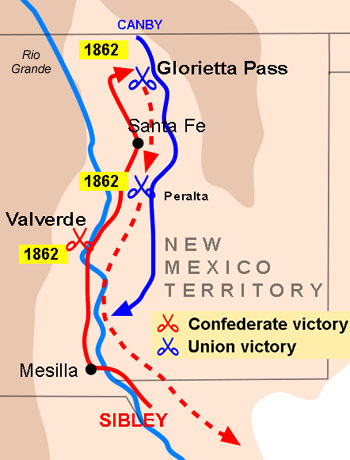 Map of the New Mexico and Arizona Territories at the time of the Civil War. Also depicts the portion that joined the Confederacy 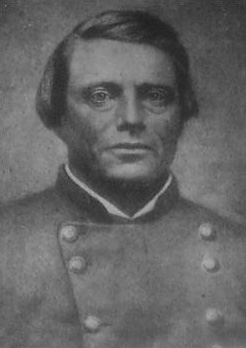 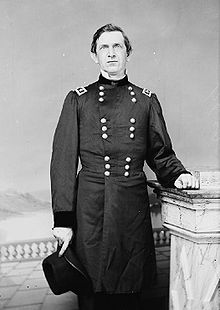 Map of the Battle of Peralta 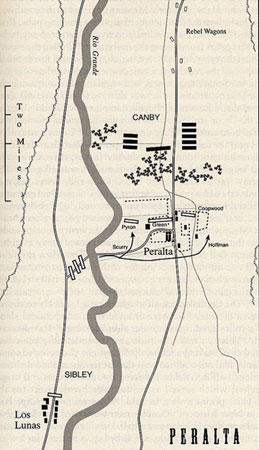 Snapshot from the battle of scene from The Good, The Bad, and The Ugly

Retreating after the Battle of Glorieta Pass, Confederate troops of the 5th Texas Mounted Volunteers under Colonel Thomas Green (serving under General Henry Sibley) camped in the town of Peralta, New Mexico Territory and planned to cross a series of irrigation canals the next day. The rest of the Confederate army was encamped on the other side of the Rio Grande in the town of Los Lunas. From April 8-9, both forces briefly clashed in Albuquerque, resulting in Confederate forces to retreat to the Peralta area.
On April 14 the pursuing Union Army forces under Colonel Edward Canby caught up with Green. At dawn, Union cavalry attacked and captured the Confederate wagon train, killing and capturing the guard. The Confederates used the low adobe houses in the town as natural fortifications. Canby captured a Confederate supply train which was then approaching Peralta, and then sent John Chivington and Gabriel R. Paul to surround the Confederates to prevent any forces from reaching Green. The adobe walls and irrigation ditches surrounding the town were stronger than Canby was willing to risk an assault on. Learning of the fighting, Sibley led the 4th and 7th Texas Mounted Rifles across the river. The rival armies battered each other in an artillery duel, until a dust storm blew in and allowed the Confederates to withdraw to the west bank of the Rio Grande, leaving behind a town which had been reduced to rubble.
The Confederates reached Los Lunas at 4 a.m., where they rested for a few hours before continuing their retreat. Canby followed with the Union army, harassing the Confederate columnn with cavalry. New Mexico was essentially liberate by the Union following this battle, securing both Arizona and New Mexico.

In the  famed Clint Eastwood western, The Good, The Bad, and The Ugly, a battle scene between Union and Confederate forces takes place. The battle is intended to personify the Battle of Peralta and the New Mexico Campaign in general, though obviously exaggerated.

United States War Department, The Military Secretary's Office, Memorandum relative to the general officers appointed by the President in the armies of the Confederate States--1861-1865 (1908) (Compiled from official records) Caption shows 1905 but printing date is February 11, 1908.