301 E German St. In 1796, this brick house replaced an earlier log house. The trials of the Parran family poignantly illustrate the tragic impact of the Civil War. Dr. Richard Parran, a physician, died in 1851 leaving his widow and five daughters. The widow Parran remarried on the eve of the Civil War, but her husband joined the Confederate Army and was killed early in the war. One of her daughters, Lily, married William “Willie” Fitzhugh Lee, a cousin of Confederate General Robert E. Lee. Willy died as a result of wounds at the First Battle of Bull Run. Another daughter married Dr. William Tinsley, also in the Confederate service, who helped organize the town’s care for the wounded after Antietam. Lily Lee and her husband had known Confederate General Jeb Stuart and his wife in happier times. Stuart visited Lily at the Parran House during the War. Eyewitness accounts of Stuart’s deathbed will in May, 1864, differ, but one version reports that Stuart ordered that his golden spurs be given to Lily Lee. There are reasons to doubt that Lily ever received them. 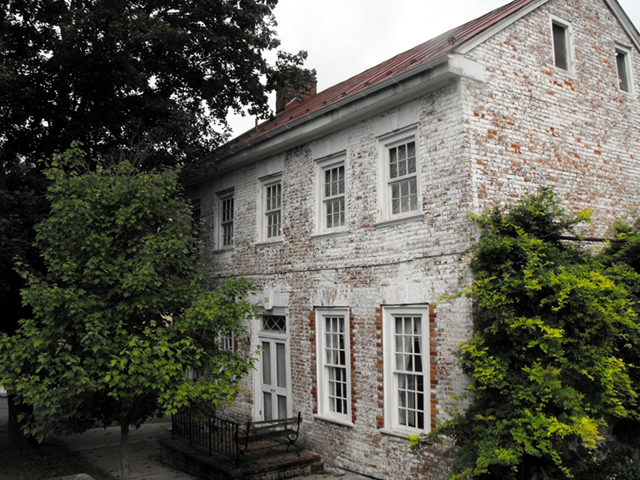