The Skinner Building, built in 1931, has been considered the city's best example of Art Deco Style architecture. It was owned by the J.A. Skinner family as a grocery store for ten years. Since then it has been used as home to various firms and local headquarters for Pepsi Cola Co. Owned by the city of Albuquerque since the 1970s, the building was sold to a private owner, who had a second story balcony added that has caused a lot of controversy; even leading to a city councilman to resign in protest.

Circa 1949. The Skinner Building, then used by Pepsi Cola Co., is seen on the right. 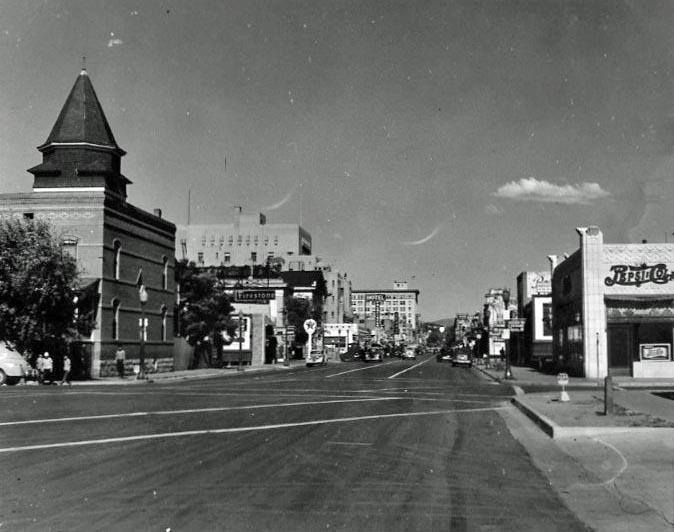 J.A. Skinner and one other in front of building soon after it was completed

Undated photo of the building 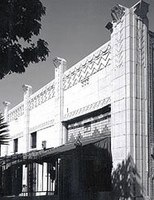 The Skinner Building as of 2010 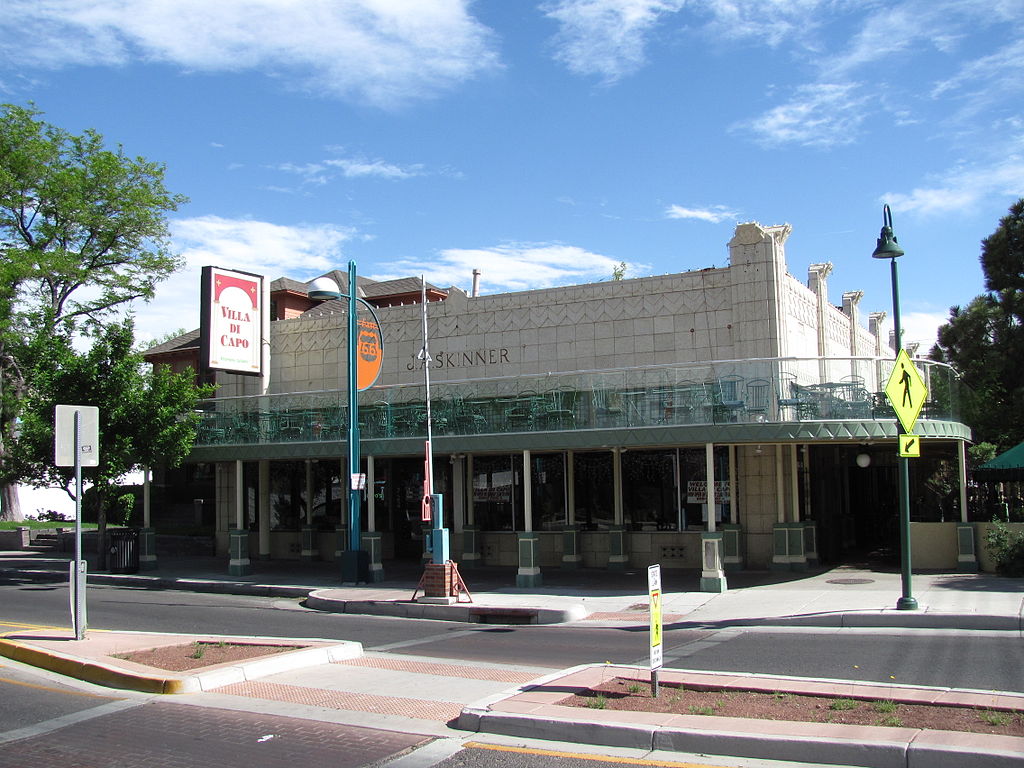 The Skinner Building is a historic building in Albuquerque, New Mexico, considered to be one of the best examples of Art Deco architecture in the city. Originally a grocery store owned by J.A. Skinner, it was designed by local architect A.W. Boehning and built in 1931. The building is of brick construction, with a street facade of white terra cotta tile on the north and west sides. Its exterior features a variety of decorative details including fluted towers, grill work, stained glass, and geometric patterns. The Skinner Building was added to the New Mexico State Register of Cultural Properties and the National Register of Historic Places in 1980.
A controversial balcony was added to the building in 2001 after being narrowly approved by the city Landmarks and Urban Conservation Commission, with one commissioner resigning in protest over the decision. As required by the city, the balcony is freestanding and does not actually touch the building.

Additional information provided by the City of Albuquerque:

"This fanciful building began life as a grocery store! In 1931 A.J. Skinner asked local architect A.W. Boehning to design what was to become the flagship store of his local chain of food stores. The result was this gleaming "jewel box" structure.
The Skinner Building is most notable for its Art Deco style ornamentation. A close look reveals a wealth of small details. The terra-cotta tile, which covers the underlying brick, has been molded into a variety of geometric designs: swags, zigzags, leaf shapes, chevrons, and fluting. Unlike most Art Deco buildings, which are so tall that the decorative elements are hard to see, the Skinner Building offers a close look at its decoration. Albuquerque has few examples of Art Deco, so the Skinner Building is treasured for its rarity and the craftsmanship and imagination evident in its design and construction. Unlike Skinner 2the KiMo's incorporation of southwestern detailing, the Skinner building opted for a more conventional art deco style. In addition, the building is of brick construction and there is a tin ceiling inside much more typical of East Coast and Midwest buildings of the time.

A grocery store operated in the entire building for ten years and then it was leased to various firms, including the Pepsi Cola Company, which used it as their local headquarters. The Skinner family sold the property in 1970and in 1977 the City purchased it as part of a downtown revitalization project. The City later sold the building Skinner 3to the present owner with stipulations that the street façades and overall Art Deco detailing be preserved.

Since then, the owner has constructed a second floor balcony that wraps around the street façade. It is of steel and glass construction with many different colored lights illuminating the street and architecture. It is not attached to the building itself, but stands one inch from the building."