The historic Ingraham Building was constructed in 1927. Like many other buildings in downtown Miami, it was built as part of the Florida Land Boom of the 1920s. It is noteworthy for having been designed by the architectural firm Schultze and Weaver, the same firm that designed buildings such as the Waldorf-Astoria. The Ingraham Building was originally built as offices for the Model Land Company, the real estate arm of Henry Flagler's Florida East Coast Railway. The construction of a railway through southern Florida left Flagler with considerable land holdings, resulting in him creating the Model Land Company to sell and develop those properties. It was added to the National Register of Historic Places in 1989.

The Ingraham Building was built in 1927 at the height of the Florida Land Boom. Image obtained from Florida Memory. 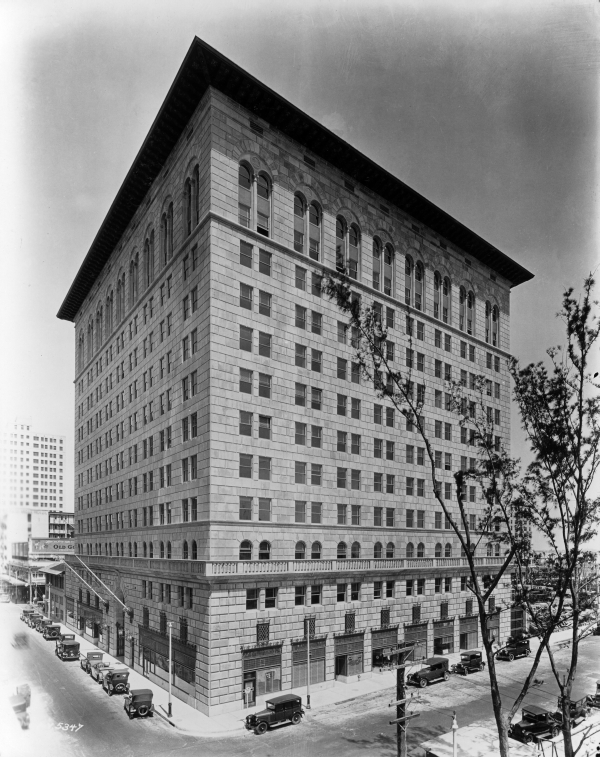 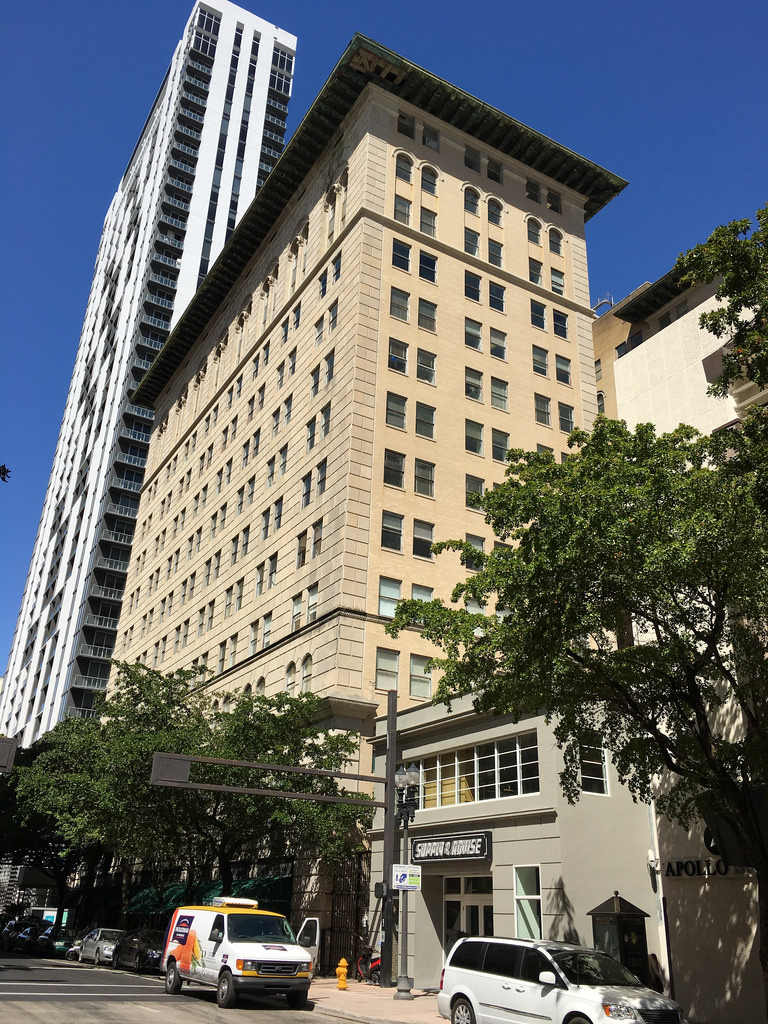 Lobby of the Ingraham Building. Image obtained from Panoramio. 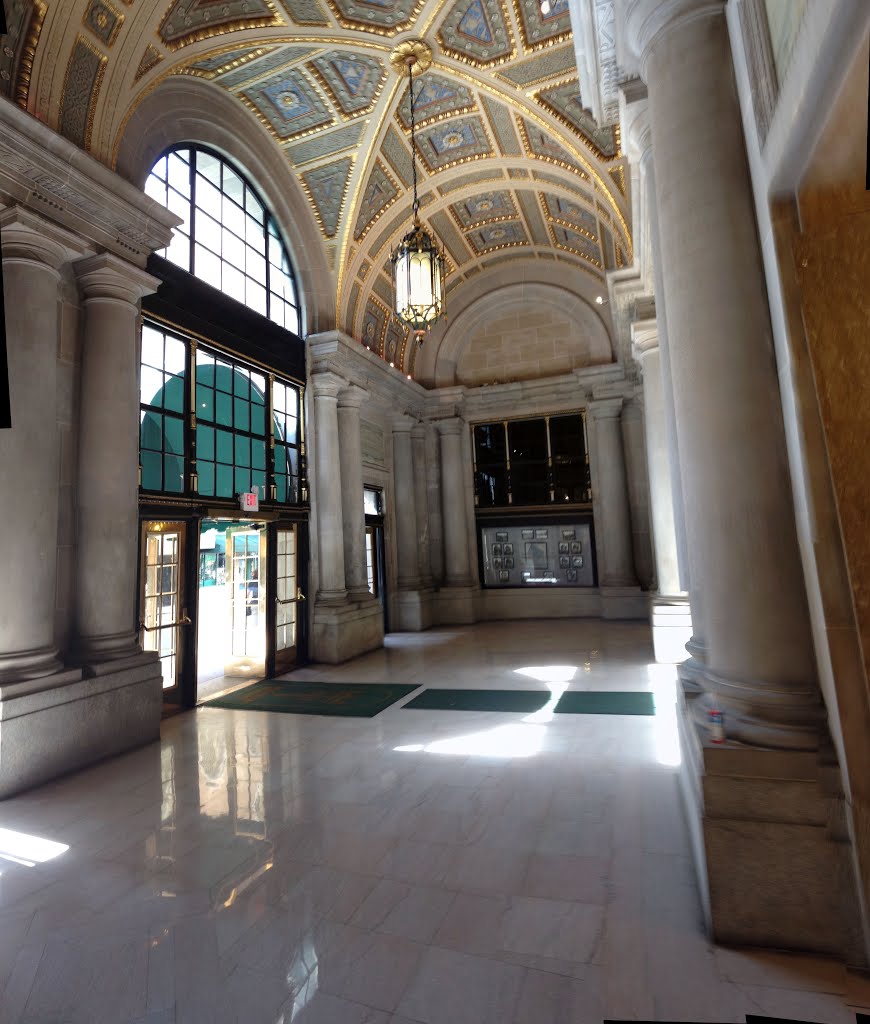 The building was named after James E. Ingraham, who served as president of the Model Land Compnay until his death in 1924. Image obtained from the Everglades Digital Library. 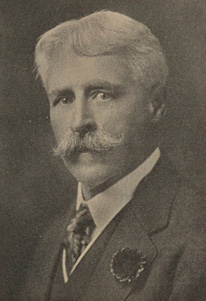 The Ingraham Building was built by railroad magnate Henry Flagler’s Model Land Company. Flagler was the president and founder of the Florida East Coast Railway. In the 1890s he decided to extend his line down to south Florida, leading to the creation of Miami in the process. The construction of the railroad also resulted in Flagler’s company acquiring significant amounts of land in Florida, numbering in the millions of acres. Flagler established a “Land Department” of the Florida East Coast Railway to manage, develop, and sell these properties. In 1896, he turned the department into a separate, independent corporation, the Model Land Company. He appointed James E. Ingraham as the company’s president. Previously the president of the South Florida Railroad Company, Ingraham was highly successful in making Flagler’s properties profitable enough to rival his railroad and hotel enterprises.

Construction of the Ingraham Building began in 1926 and was completed the following year. It was named in honor of President James Ingraham, who had passed away in 1924. The Ingraham Building, like many other buildings in downtown Miami, was created in the middle of the Florida Land Boom. Reaching its peak in the mid-1920s, the Land Boom was a time of intense land speculation and migration in Florida. With the population exploding and property values skyrocketing, Miami was forced to begin constructing high-rise buildings to meet demand.

The Ingraham Building is noteworthy for having been designed by the architectural firm Schultze and Weaver. The famous New York firm designed such structures as Miami’s Freedom Tower, New York’s Waldorf-Astoria Hotel, and several Biltmore Hotels. The thirteen-story Ingraham was created in the Second Renaissance Revival style and features elaborate exterior ornamentation and Indiana limestone. Upon its completion, the Ingraham housed offices for the Model Land Company; other early tenants included architects, lawyers, realtors, and the Florida Power and Light Company. Today the Ingraham Building is largely unchanged in appearance and continues to serve as office and retail space. Noteworthy tenants today include consulates for Jamaica and the Bahamas.