Located just outside the entrance to Almaden Quicksilver County Park, this marker honors the remarkable life of former Arizona Cardinals football player and U.S. Army Ranger, Patrick Tillman (1976-2004), who was killed by friendly fire in Afghanistan on April 22, 2004. He grew up in San Jose—specifically, in New Almaden—and lived here throughout his life. Pat was not only a gifted athlete, he was very intelligent and passionate about his beliefs. He was a humble man who enjoyed reading and was very close to family and friends. He loved to debate with others and constantly pushed himself intellectually and physically. Sadly, the U.S. Army attempted to cover up the the fact that Pat died due to friendly fire. However, this does not diminish Pat's legacy. To honor his life, the Pat Tillman Foundation was established in 2004 with the purpose of awarding academic scholarships to military veterans and their wives.

The New Almaden Community Club erected the marker in 2007. 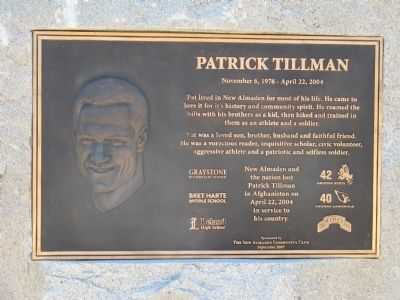 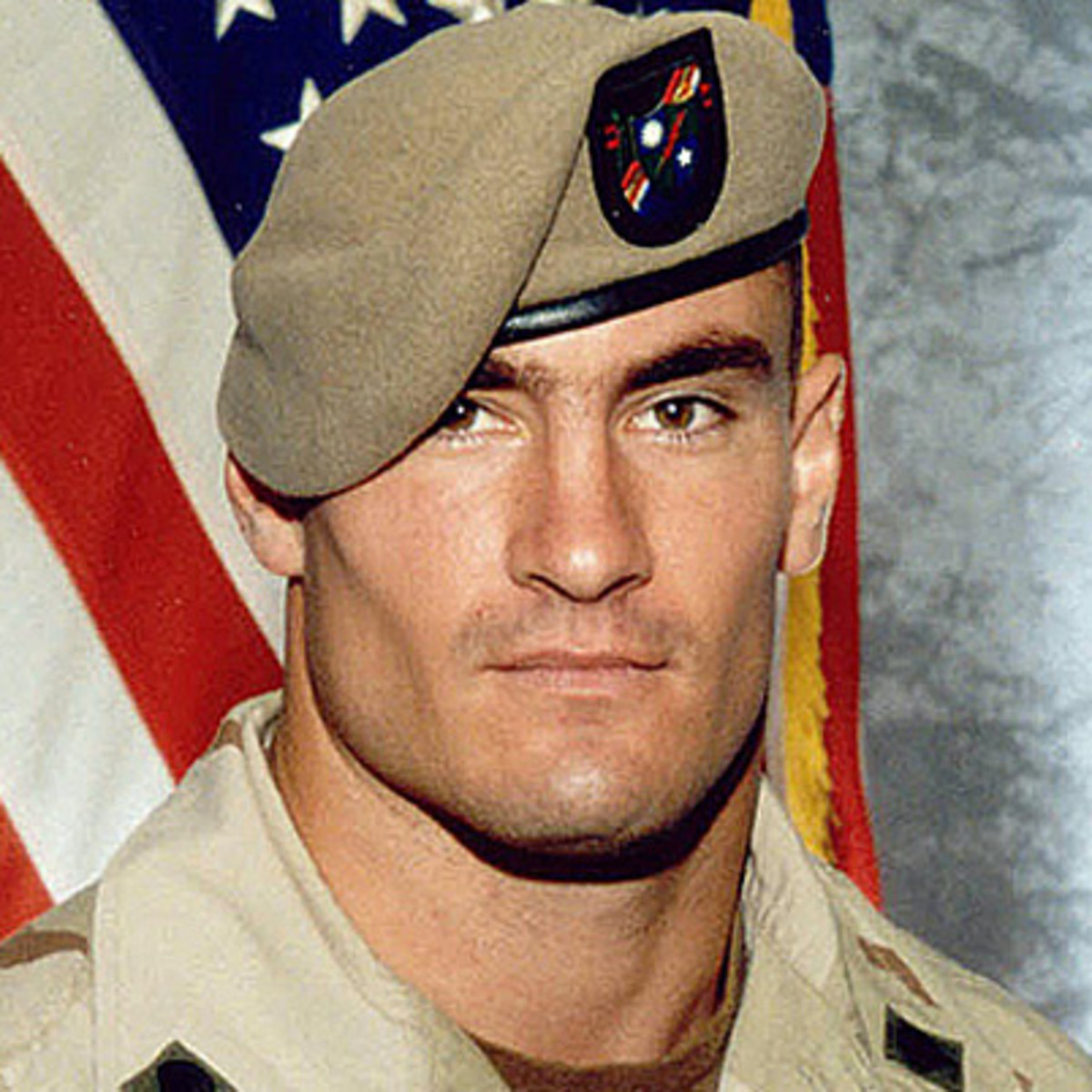 Patrick Tillman was born in San Jose on November 6, 1976. He was the oldest of three children, and excelled as a student athlete. Despite being told he was too small to play football, he was a stand-out in the sport and led Leland High School to a state championship.
In 1994, Pat Tillman enrolled at Arizona State University where he played football for 4 years.  He led his team to the Rose Bowl in 1998 and was then selected by the Arizona Cardinals in the National Football League (NFL) draft. He set a Cardinal record for the number of tackles in 2000. Despite his success in the NFL, Tillman remained the hard-working, down-to-earth person he had always been; he worked toward a Master's Degree in History, continued to drive the old pickup truck he'd had in college, and studied and trained as hard as ever.

The terrorist attacks on September 11, 2001, led Tillman to reassess his career. In early 2002, he announced his decision to leave professional football and join the army along with his brother, Kevin. Both Pat and Kevin enlisted in the Army Rangers and served in both Iraq and Afghanistan. It was in Afghanistan, on April 22, 2004, that Pat Tillman's unit was ambushed, and in the fighting that followed, Tillman was killed by friendly fire.