Fort Raleigh is located in Dare County, North Carolina, near the city of Manteo and at the northernmost end of Roanoke Island. Just like Jamestown is to Virginia, Fort Raleigh is an important settlement in the early history of North Carolina. Yet unlike Jamestown, which was rebuilt as a living history museum, Fort Raleigh hasn’t been rebuilt at all, but rather it has had other attractions placed up around it so as to honor the events that transpired there. The fort was named after Sir Walter Raleigh, one of the most notable English noblemen of the Elizabethan era and the leader of the expedition that would ultimately end in disaster. 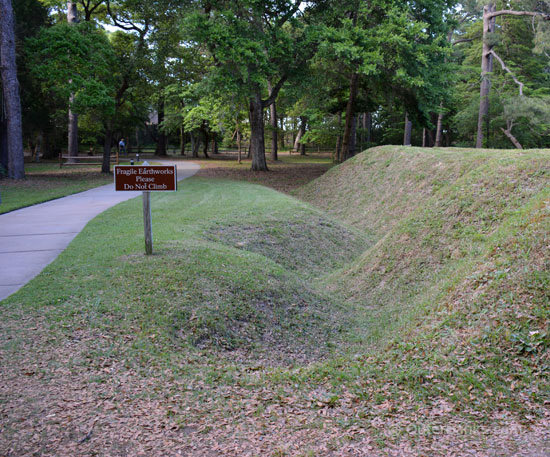 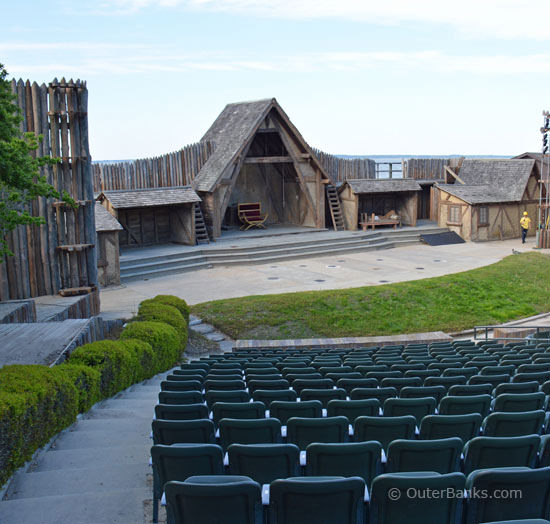 In 1584, Queen Elizabeth commissioned Raleigh with a charter to colonize the New World to bring both riches and glory to England. On July 4th, 1584, Raleigh and his colonists finally set foot on the shores of what would be known as Roanoke Island, North Carolina.  The two explorers who went to survey the land, Phillip Amadas and Arthur Barlowe, reported to Raleigh that the land they found was ideal for settlement as it had estuaries, fresh water ponds and dense forests.  Raleigh then sent 100 Englishmen to the island the following year.  However the result was the most disastrous of all the English attempts to colonize the New World.

The English had landed in the New World at the end of autumn with hardly any time to plant crops, and worse, their presence had aroused both the suspicions and the anger of hostile Native American tribes.  The first colonists left the colony in 1586, when the renowned English seafarer Sir Francis Drake came to see how far the colony was progressing.

Undeterred and determined to colonize the New World for England, Raleigh made another attempt to establish a colony on Roanoke Island.  In 1587, he sent 117 Englishmen, as well as women and children to establish a colony on the island under the command of John White.  Raleigh himself was unable to attend, as England was at war with Spain.  However tensions between the English and Native Americans were still high after the previous attempt to settle the island. Despite this fear, White and his colonists had arrived on August 18 1587.  Shortly thereafter, his daughter, Eleanor Dare had given birth to the first English child to be born in the New World: Virginia Dare.

Unfortunately White realized that they were low on supplies, and hesitantly left with his daughter and grand-daughter back to England to restock and resupply the colony, only to find himself trapped in the war against Spain thus delaying his trip by 3 years.  When he finally returned, White was shocked to find that the entire colony had been deserted.  Not a single soul was found in the fort, which was still standing.  The only clue he could find to the colony’s fate was the word “CROATAN” carved into a tree.  White believed that the settlers had moved to Hatteras Island where the peaceful Croatan Indians lived.  Yet he found no such villages, and what was once Fort Raleigh became known as the lost Colony.  It would be 17 more years before the English finally established a permanent colony in Jamestown.

To this day, no one knows what became of the colonists.  No evidence of them has ever been found.  Fort Raleigh was made a park in 1948 during an archaeological dig.  It was discovered that the entire settlement was an earthen built fort, so unlike Jamestown, there is not much that has been reconstructed of the original fort.  Today visitors to Fort Raleigh can visit the park’s most popular attractions which include a live performance at the outdoor theatre, where a play is shown that tells the story of the Lost Colony, as well as an Elizabethan garden commemorated in honor of the colonists whose fates remain unknown.