The marker is attached to this boulder, which is located near the university's physics building. Photo by Christopher Busta-Peck, September 27, 2008. 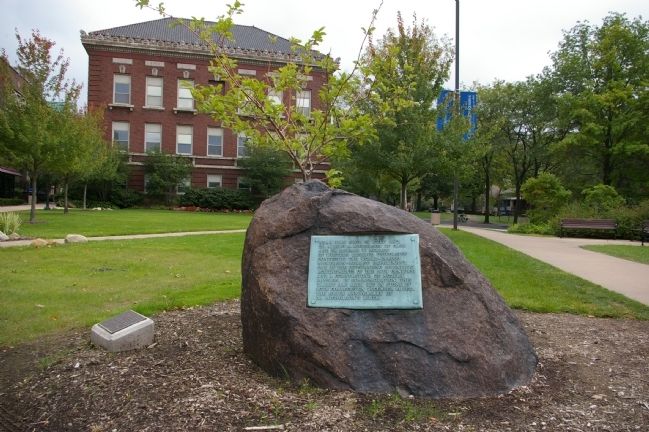 The experiment, which used a device called an interferometer, entailed shining a beam of light through an opaque mirror, which was placed at an angle. The light was split into two beams and traveled to mirrors that reflected them back to the original angled mirror. The beams recombined and bounced to a screen that measured the speed of the now single beam. The results demonstrated that there was virtually no difference in speed between the original and recombined beams, indicating that substance, ether, did not, in fact, exist. This experiment would help later physicists, including Albert Einstein, to formulate the special theory of relativity, which states that the speed of light is constant at all times. Michelson conducted an earlier test in 1881, but the one that took place here was more refined.