Brickell Park is an archaeological site and public park in downtown Miami. The roughly two-and-a-half acre park is located just north of Miami First Presbyterian Church. Excavations have shown that the area was the site of a Tequesta Native American burial ground sometime between 500 B.C. and 750 A.D. In modern times the park was part of a massive piece of land owned by William and Mary Brickell. The Brickell Family, together with Julia Tuttle, was instrumental in establishing the city of Miami. Mary Brickell outlived her husband and went on to develop much of the family’s real estate, establishing neighborhoods such as Millionaire’s Row, Miracle Mile, and The Roads. In the 1920s a small portion of the Brickell property was donated to Miami to serve as a city park. Today it is home to the Brickell Family Mausoleum, now empty, which is the sole surviving structure from the Brickell Family. 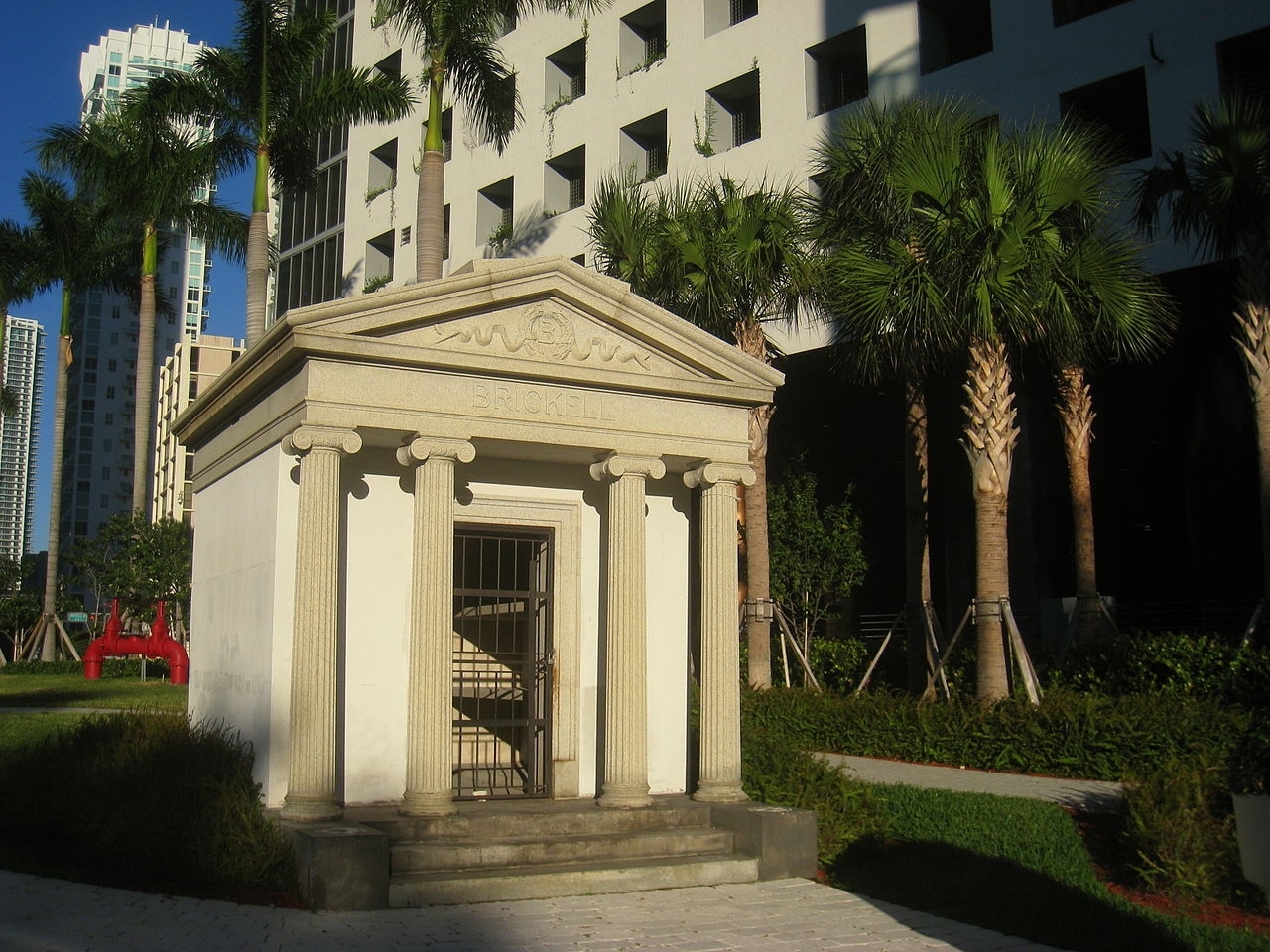 Once slated for development, the discovery of a Tequesta burial led to the park becoming a historical and archaeological site. Image obtained from the Historical Marker Database. 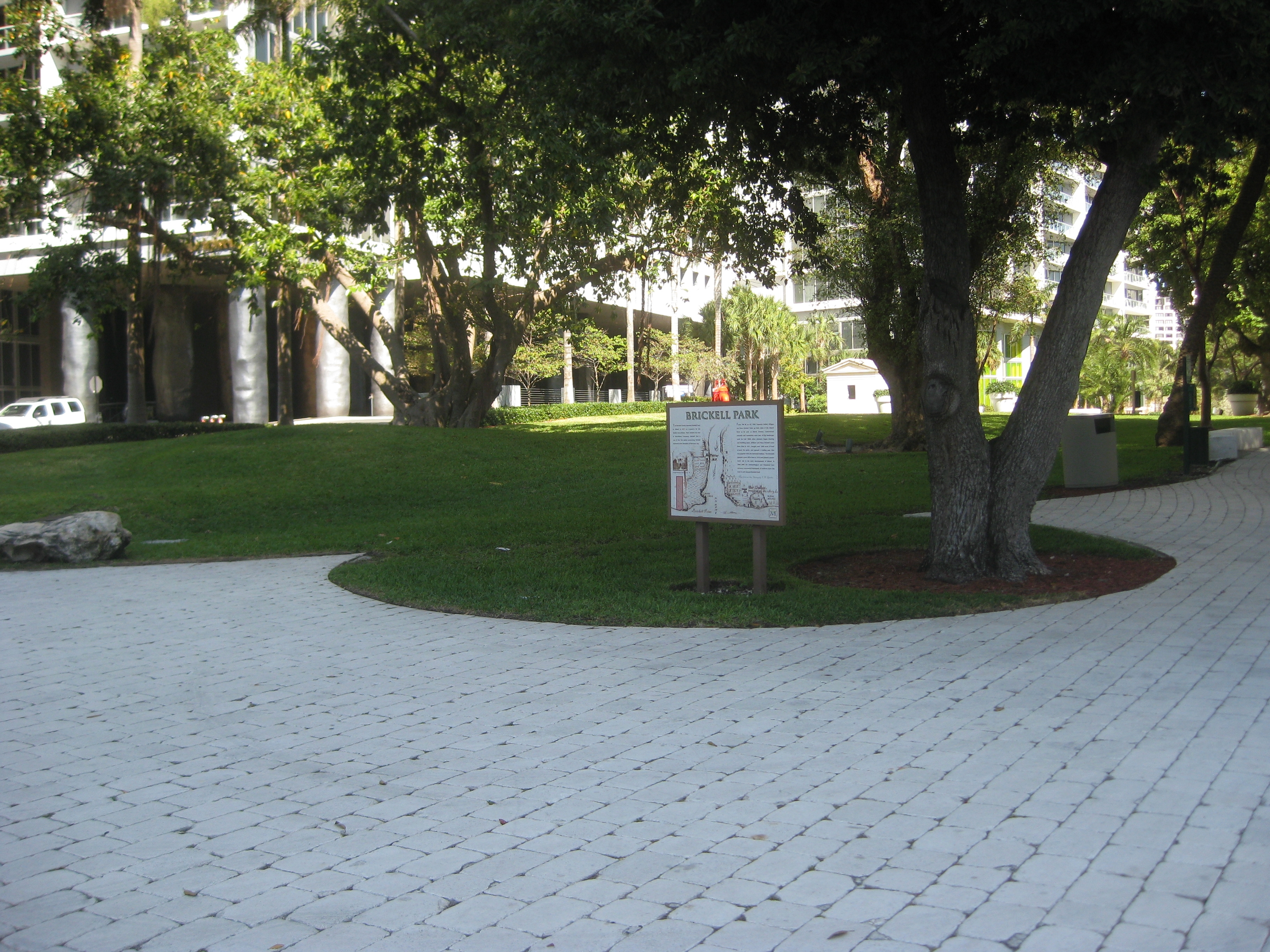 Along with Julia Tuttle, William and Mary Brickell were key players in the establishment of Miami, and owned much of the land that the city resides on today. Image obtained from The New Tropic 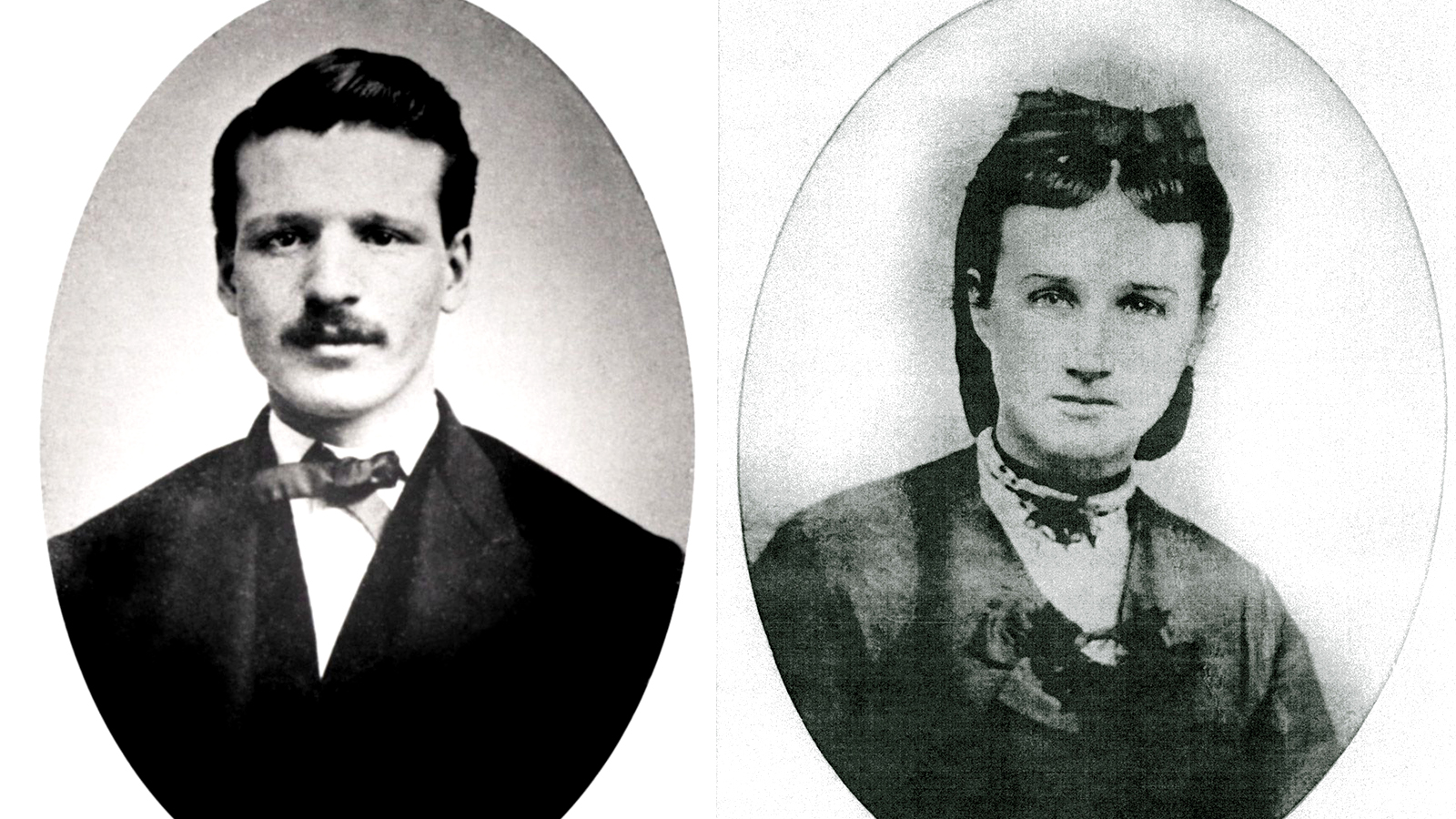 Thousands of years ago, much of southern Florida was inhabited by the Tequesta Native Americans. It is believed that the Tequestas had a settlement at the mouth of the Miami River, with the most obvious evidence being the Miami Circle at Brickell Point. Multiple excavations in and around Brickell Park have revealed that a Tequesta burial ground once existed on the site. It is estimated that the burial grounds were in use from around 500 B.C. to A.D. 750. The Tequesta Native Americans would later be decimated by foreign disease and forced enslavement after making contact with Europeans in the 1500s; the last few Tequestas left Florida for Cuba in 1763.

In 1870 William and Mary Brickell purchased a large tract of land in present-day Miami for $3,000. Their property started off as 2,500 acres, but the couple gradually acquired more land, until they owned over 6,400 acres. At this point much of the land remained wilderness. In 1871 the Brickells built a house and opened a trading post, which became popular with local Native Americans. By the 1890s, Julia Tuttle, considered by many to be the founder of Miami, had arrived in the area. Together she and the Brickells convinced railroad tycoon Henry Flagler to extend his railroad farther south to their properties for the purpose of establishing a city. Tuttle and the Brickells each gave some of their land to Flagler, which would end up becoming the City of Miami.

In 1908, William Brickell passed away, leaving the Brickell property to Mary. Mary Brickell spent the remainder of her life developing and selling her real estate, building roads, installing electricity, and planting flowers. She created neighborhoods such as Millionaire’s Row, Miracle Mile, and The Roads. Mary passed away in 1922 and was interred, along with other family members, in a mausoleum located south of the Brickell home. In 1948, William and Mary’s daughter Maude E. Brickell had their remains moved from the mausoleum to Woodlawn Cemetery after complaining that there was too much noise around the mausoleum at night.

In 1924 the area surrounding the Brickell Mausoleum was donated to Miami to serve as a public park. The mausoleum remains at the park today, albeit empty. The small, granite, Neo-Classical building is the only surviving structure connected to the Brickell Family, and was added to the National Register of Historic Places in 1989. The park itself became the source of much contention between Miami and the Brickell Family. A clause stipulated that the property would revert back to the Brickell Family if the City of Miami ever ceased to use it for park purposes. In 1987 the city commission attempted to nullify the clause, leading to a series of lawsuits between the city and the Brickells. In 1999, Brickell Park was put up for sale, with the proceeds intended to be split between the city and the Brickell Family. However, the discovery of Tequesta remains on the site caused the planned development to be stopped. The park is now a designated archaeological and historic site.

Nebhrajani, Roshan. “Who were William and Mary Brickell?” The New Tropic. February 10, 2016. Accessed May 29, 2017. https://thenewtropic.com/william-mary-brickell/.