St. Paul's Shrine, formerly St. Paul's Episcopal Church, is one of Cleveland's most striking architectural landmarks. Built in 1876, it was designed by Gordon Lloyd in the Gothic Revival style and was home to the Episcopal parish until 1928 when the congregation built a new church. By that time, most of the congregants had moved eastward, so the parish decided to move that way as well. A few years later, the parish sold the building to Catholic diocese in Cleveland, which wanted to establish a place for perpetual Eucharistic adoration. This is how the church remains today. The building was added to the National Register of Historic Places in 1980. Its most unique feature is the tower, which has four narrow columns attached to the inner part of the structure. 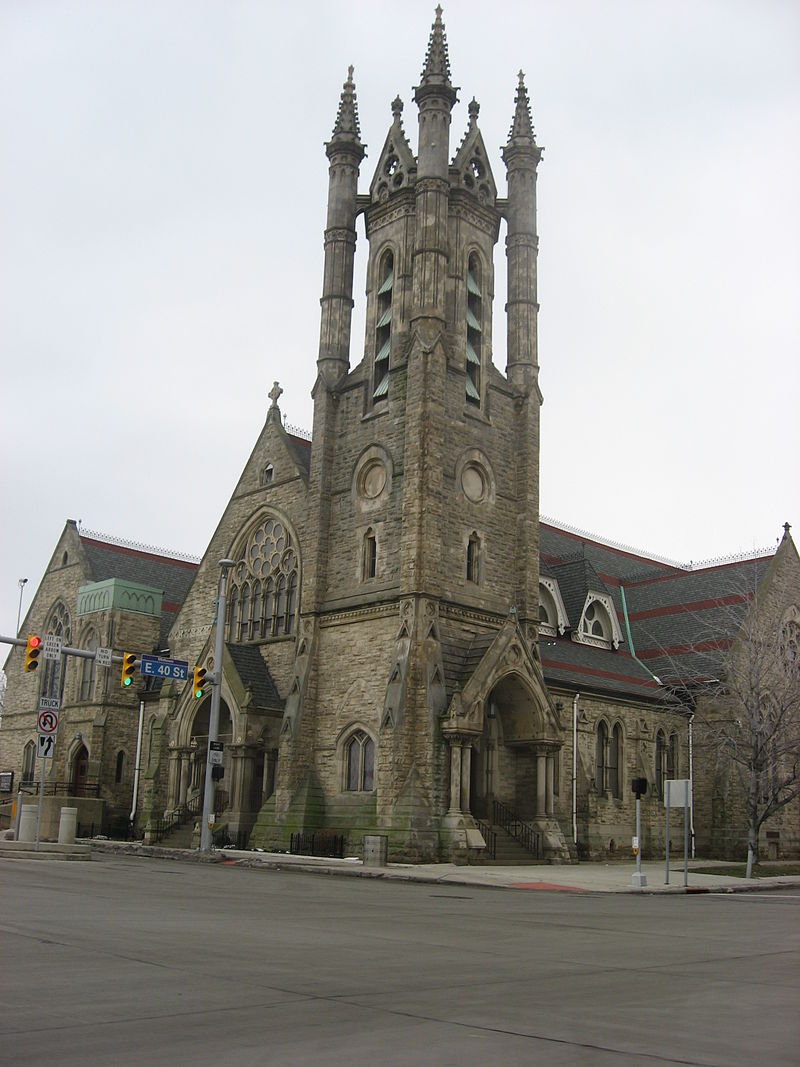 The parish was founded in 1846. Its first church, a wood-framed structure, burned down not long after it was built. The second was constructed in 1851 and eventually sold around the completion of the present church in 1876. At that time, the neighborhood was known as "Millionaires Row," and the church became an immediate landmark.