One of the oldest houses in Charlotte, the Overcarsh house was built between 1879 and 1880. It was the home of Elias Overcarsh, a prominent Methodist minister. The home is listed on the National Register of Historic Places. 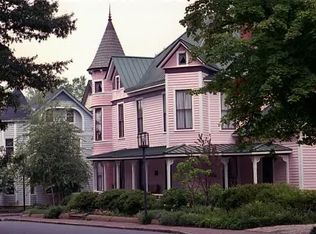 The striking Queen Anne Overcarsh house is one of the oldest homes in Charlotte. It is also one of the finest examples of the Queen Anne style remaining in Mecklenburg County.

The home was built between 1879 and 1880 for Elias Overcarsh, an educator and Methodist minister. The property remained in the Overcarsh family until 1966, when it was sold to C. C. Dees.  Overcarsh was highly influential in the religious life of the area, serving as pastor for eight different churches.

In addition to the home's status as one of the oldest in Charlotte's Fourth Ward, the home is also significant for its architecture, which is largely unaltered from its original state. It is one of only a few structures that incorporate a tower.