Grown from a neighborhood nickelodeon by three immigrant brothers, the grand Castro Theatre first opened its doors on June, 22, 1922. Designed by famed San Franciscan architect Timothy L. Pfleuger, the theatre became an integral part of the development and history of the Castro Neighborhood throughout the 20th century. In 1985, the Castro Theatre hosted the world premiere of "Buddies", the first major motion picture about the AIDS crisis. The Castro Theatre was designated as San Francisco City Landmark #100 in 1976. Today, it is one of a handful of historic 1920's movie theaters in the United States still in operation. 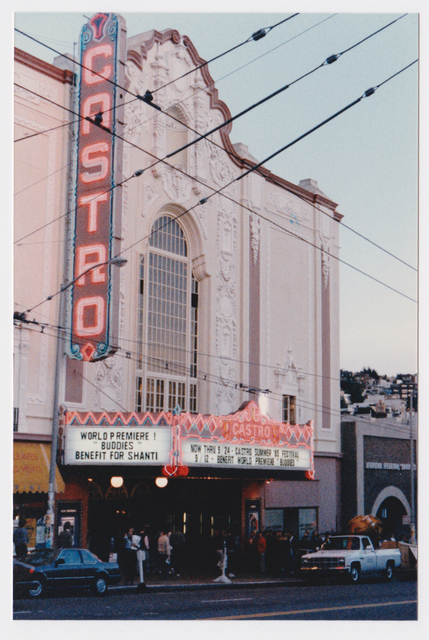 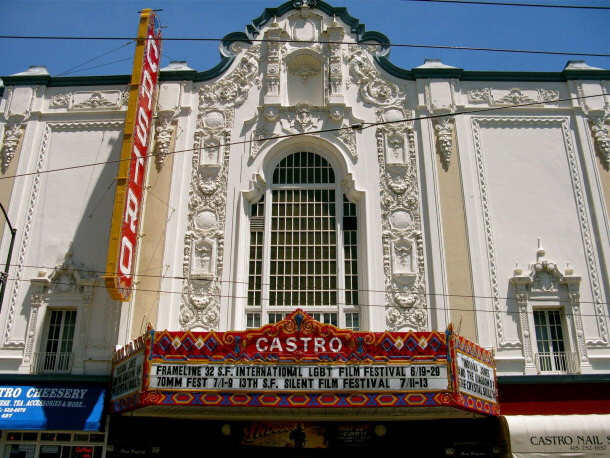 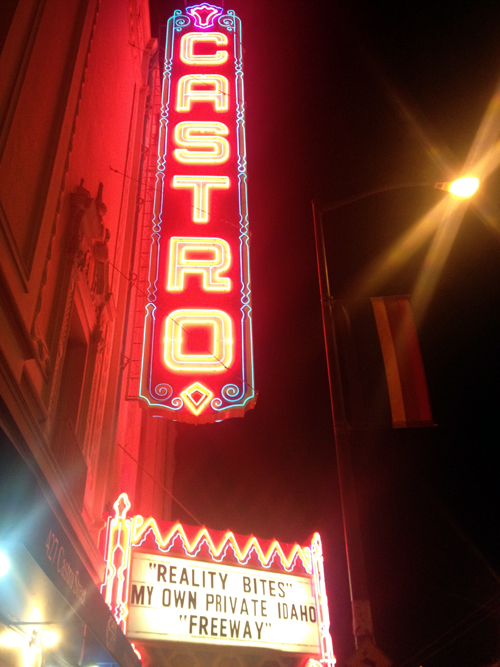 Castro Theatre during its construction in 1922 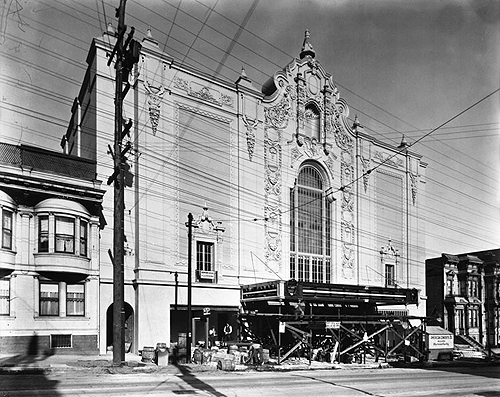 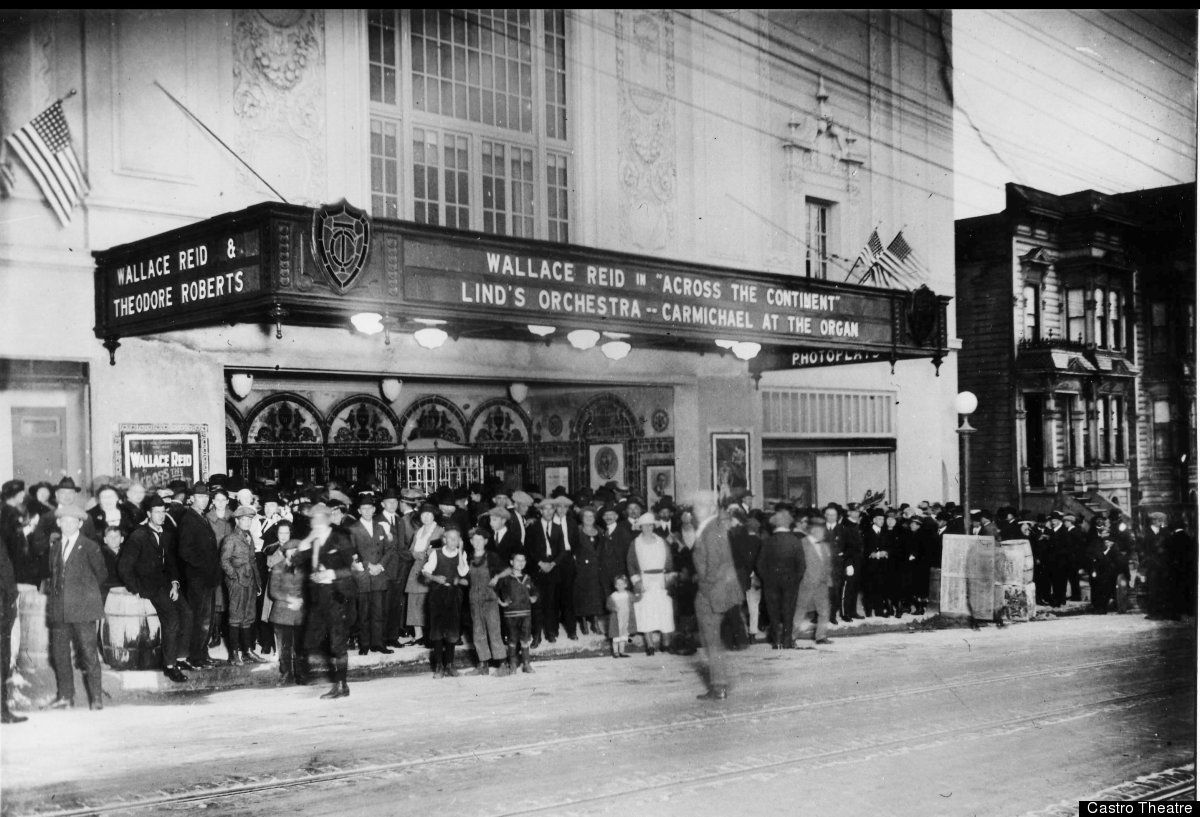 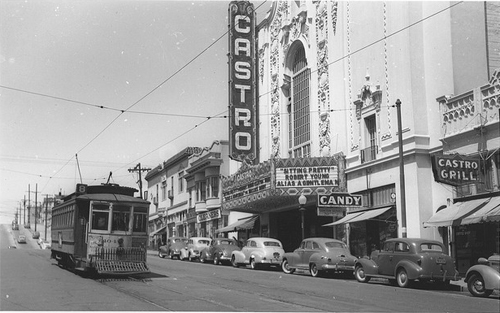 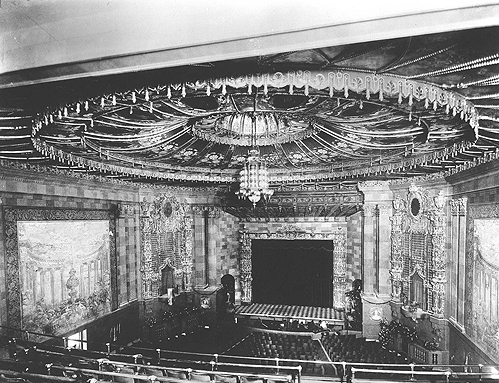 Benefit screening of Milk (2008) at the Castro Theatre. Harvey Milk's actual residence is located only a few blocks way. 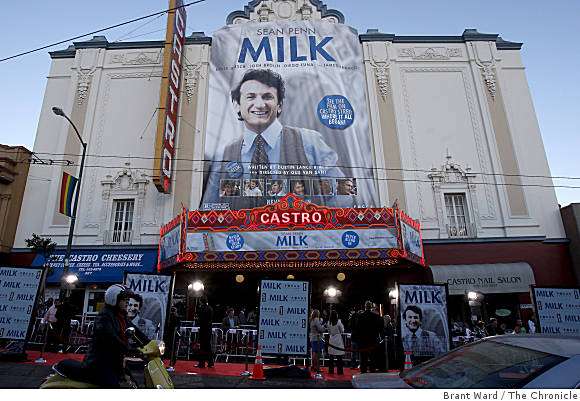 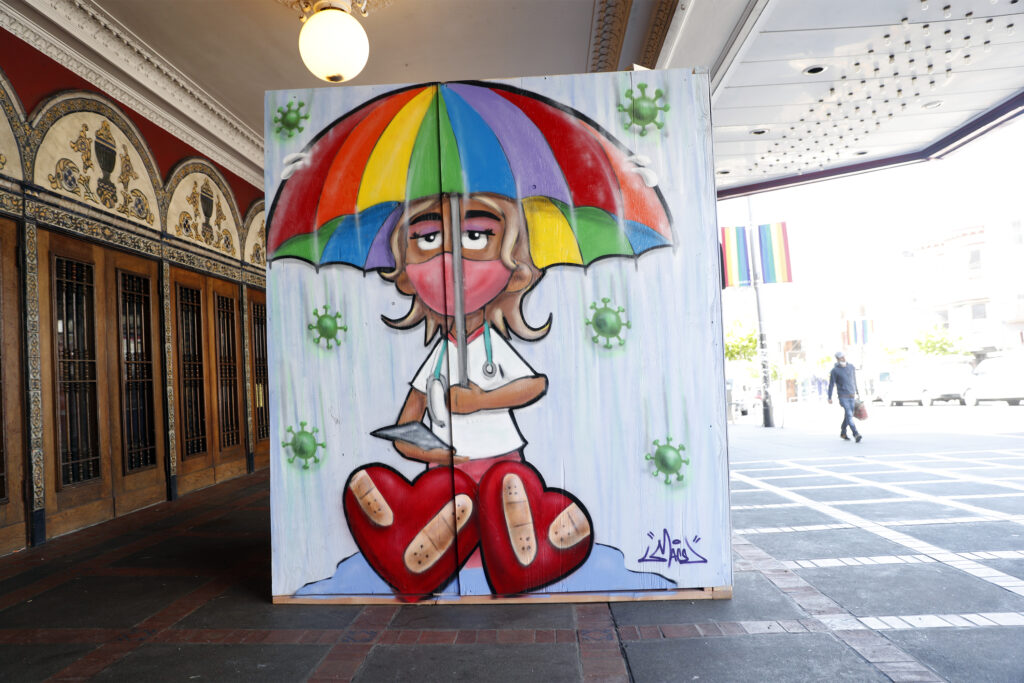 In the late 1800’s, the Nasser Brothers- Albert, Abraham, and Samuel- immigrated from their native country of Lebanon to the quickly developing city of San Francisco. There, Abraham Nasser established a small candy factory and general grocery store. Around 1907, Nasser began projecting movies onto the back wall of the store. Movies at the store became a popular community event and, in 1910, the Nasser Brothers opened a 600-seat nickelodeon in an old theater a few blocks away. This theatre existed on what is now the site of Cliff's Variety, a commonly used general store in the Castro District. The venture was an enormous success. By the early 1920’s, the brothers had earned enough money to hire self-taught architect Timothy L. Pflueger to construct a larger, 1,875-seat theater in the middle of the growing Castro neighborhood.

Designed by Pflueger to resemble a Mexican cathedral, the resulting Castro Theatre cost $300,000- about $4.6 million today. The interior of the building holds a blend of Italian, Oriental, and Spanish design influences. The side walls of the auditorium are covered with classic fantasy motif murals which were created using a wet plaster technique known as “scrafitto”. Pflueger would later be hired again by the Nasser Brothers to make several additions during the 1930's. After a small electrical fire destroyed the original parchment chandelier in 1937, it was replaced by Pflueger with an Art Deco style chandelier that still hangs today. The Castro's signature neon sign and ornate marquee were also added during this time period.

The Castro Theatre had its opening night on June 22, 1922 with the Paramount race car picture "Across the Continent". The picture was one of the last films starring Hollywood heartthrob Wallace Reid, who died a year later due to a morphine addiction. The showing had a packed house and San Francisco Mayor James “Sunny Jim” Rolph was even in attendance. The theatre’s success was heralded by many in San Francisco and it quickly put the Castro District on the map as a prime area for development during the mid-20th century.

In 1930, the Castro Theatre installed the necessary sound system technology to start showing "talkies", which were becoming more and more popular. The orchestra, who had previously played for the theatre's silent films, were given two weeks notice. However, the musicians walked out in solidarity with other workers. The orchestra members and their union were later accused of planting 35 odor bombs in the Castro Theatre and other San Francisco area movie theatres owned by the Nasser Brothers. A settlement was reached between the union and the Nasser Brothers which allowed the orchestra to play twice a week for ten weeks at the Castro.

In 1976, the Castro Theatre was given the designation of San Francisco City Landmark #100. The same year, the Nasser family began leasing the Castro to a movie theatre chain circuit. Under its new management, the Castro Theatre expanded its repertoire of showings to include foreign films, arthouse films, film festivals, and- most notably- LGBTQ films. With the Castro District's influx of gay men during the 1960's, these films were incredibly popular and became weekly occurrences. On September 20, 1985, the Castro Theatre hosted the world premiere of Arthur J. Bressan's film "Buddies"- the first feature film made about the AIDS epidemic. "The Times of Harvey Milk"- a documentary whose subject lived down the street from the theatre- also had its premiere at the Castro in 1984.

In 1982, the theatre replaced its Conn organ with a majestic Wurlitzer organ- assembled over the course of three years by a local man named Ray Taylor and his two sons. The Wurlitzer organ was a beloved piece of the Castro Theatre's moviegoing experience, until the Taylor family moved out of San Francisco in the 2010's and took the organ with them. Over the past few years, a non-profit organization started by the theatre's organ player, David Hegarty, has been raising money to place the world's largest hybrid pipe/digital organ in the Castro Theatre.

A new generation of the Nasser family took back ownership of the Castro on July 31, 2001 after the last lease expired. The Nassers renovated and restored the building. To allow for more comfort and space, new larger seats were added- reducing the number of seats to 1,400. In 2008, the neon sign was restored for the filming of Gus Van Sant's Harvey Milk biopic "Milk". The Castro Theatre later hosted the world premiere of "Milk", which was attended by many of the real-life gay activists portrayed in the film.

After the theatre shut down in March of 2020 in compliance with COVID-19 city ordinances, the Castro's owners commissioned award-winning street artist Mace to paint murals on the exterior of the boarded-up box office. The four murals- depicting a firefighter, a nurse, a grocery worker, and a postal carrier- were designed to honor the heroes of the COVID-19 pandemic.