The Northwest Marietta Historic District features a variety of homes and structures from the 19th and early 20th centuries. The district includes Kennesaw Ave, Polk St, Church St, Whitlock Ave, and sections along the L&N Railroad tracks. It includes an assortment of significant architectural types of the time, and gives an overall picture of life in early Marietta through the preservation and restoration of the homes and industrial structures that have survived through its rich history as a booming railroad town. The district was added to the National Register of Historic Places in 1975. 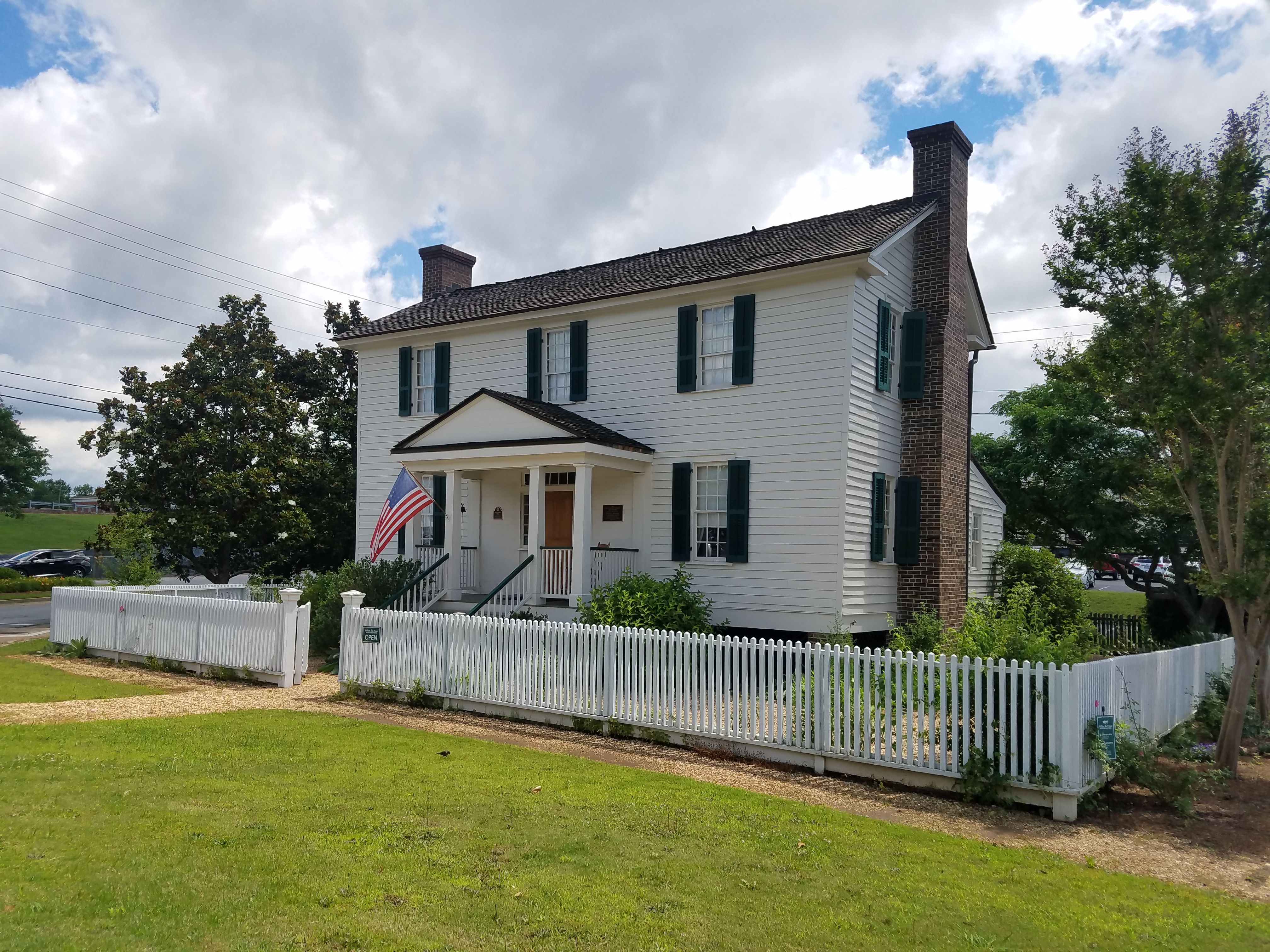 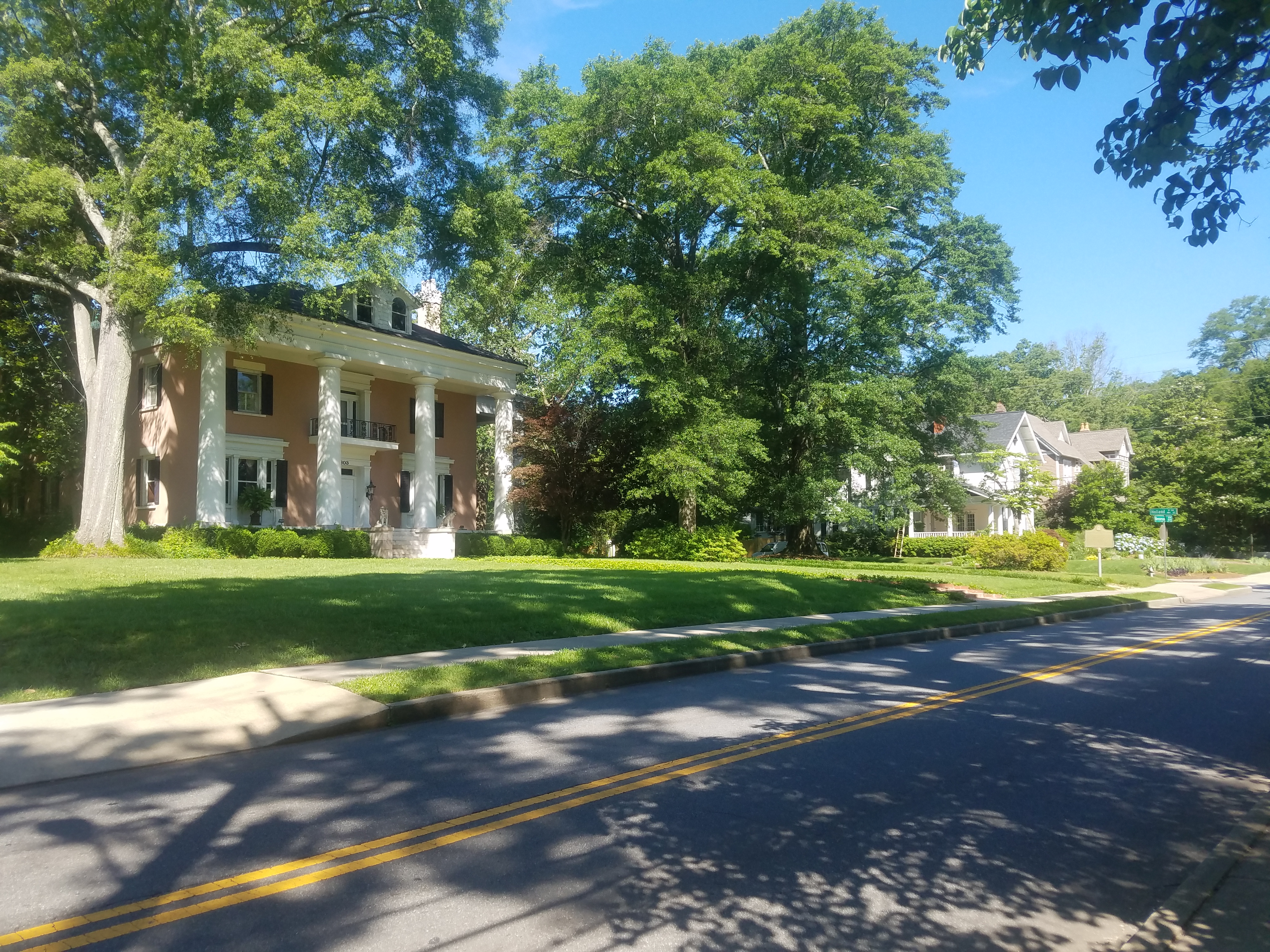 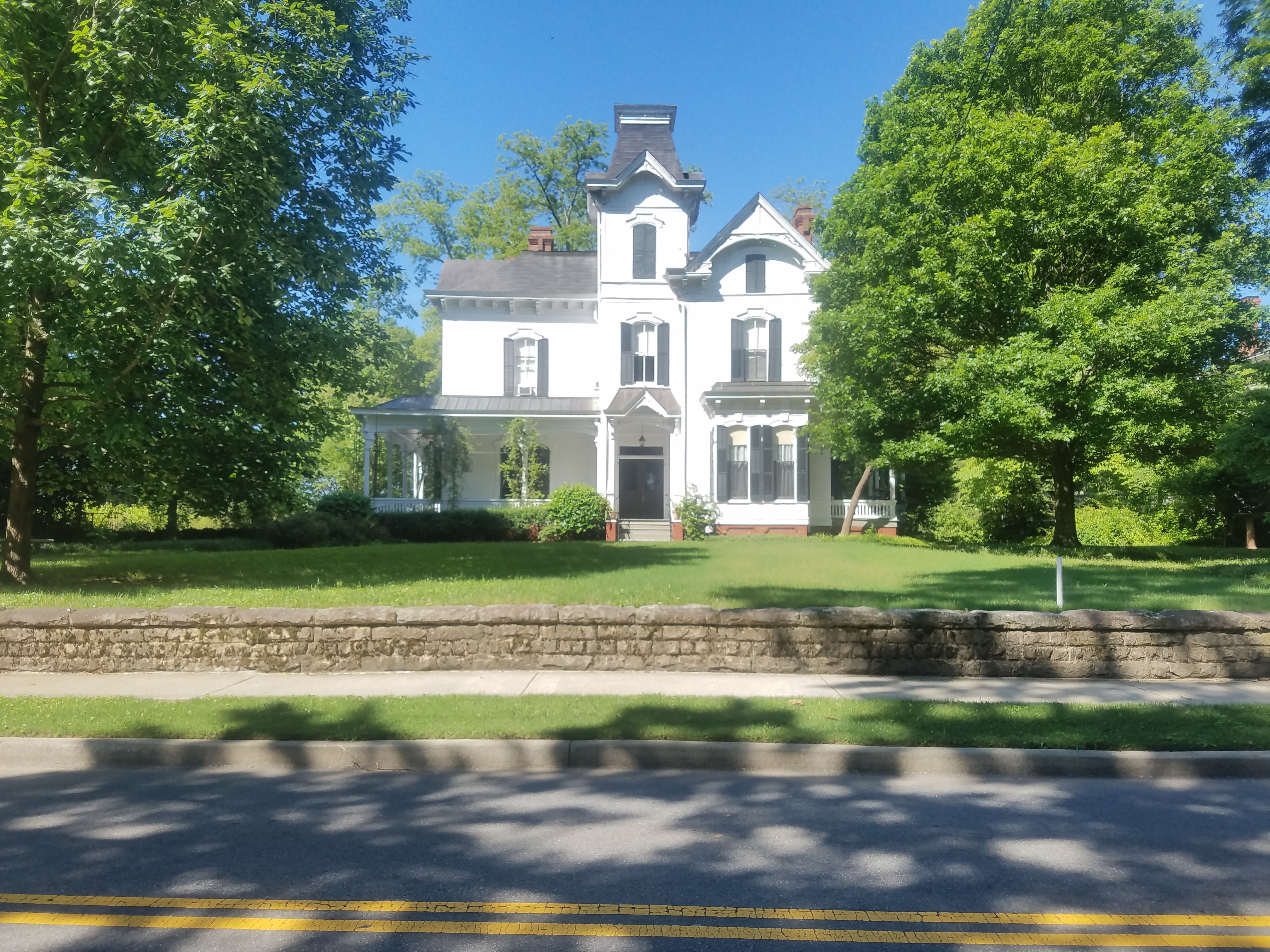 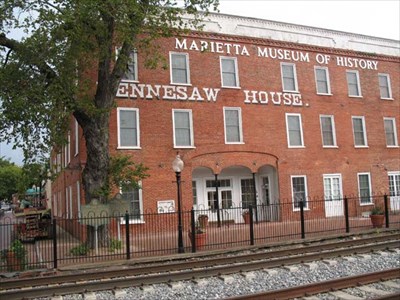 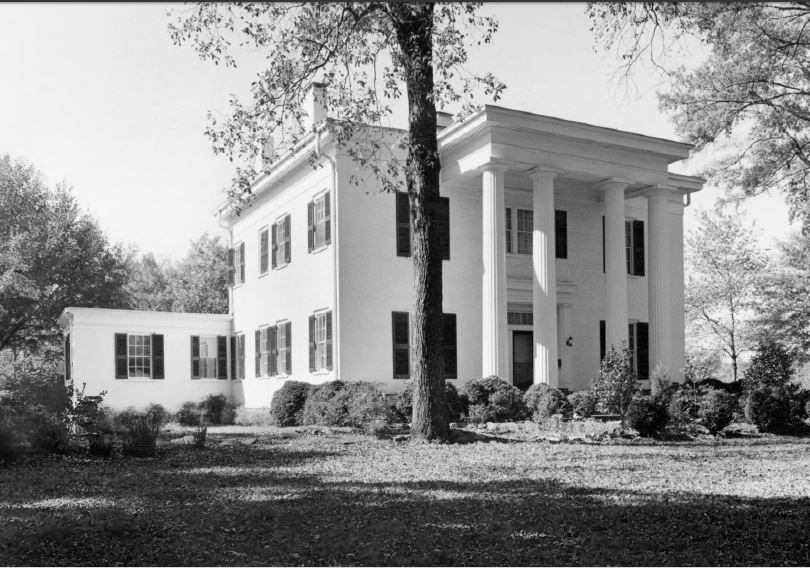 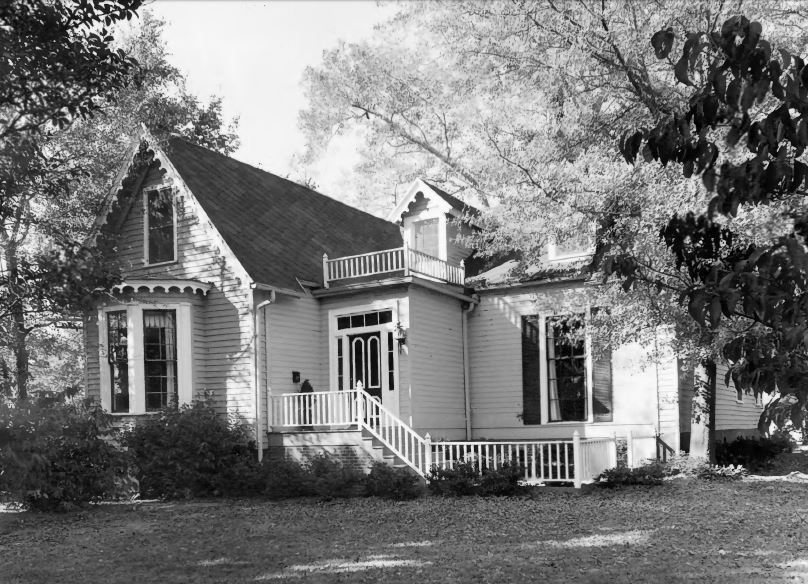 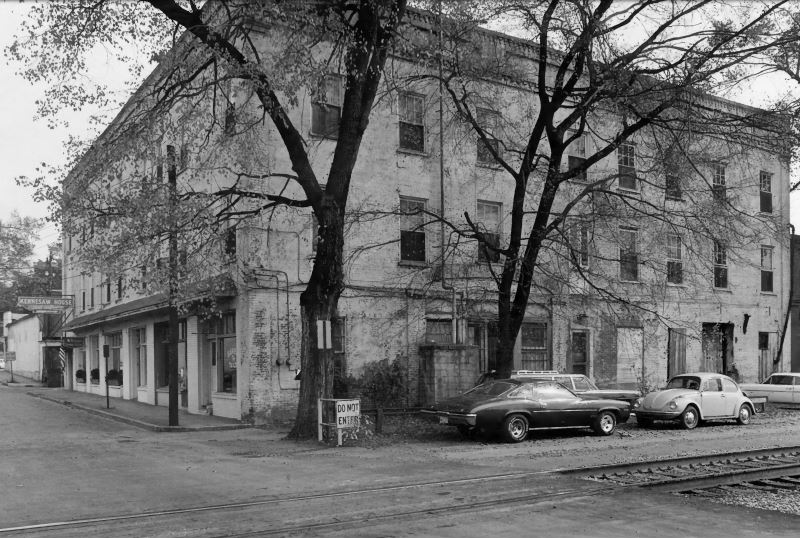 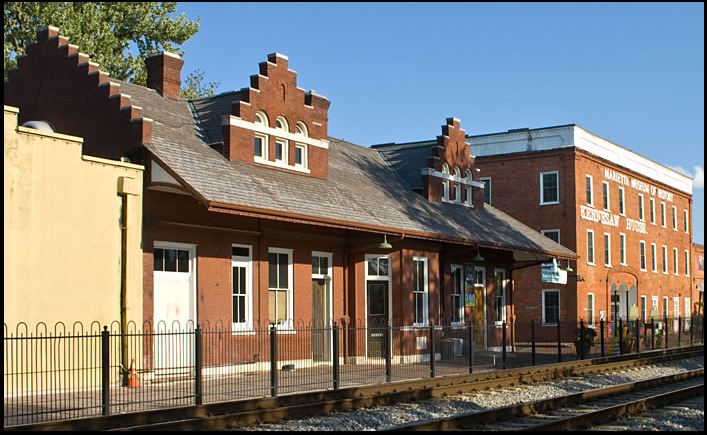 In the mid-1800s, the Western and Atlantic Railroad system was built, connecting Atlanta, Georgia to Chattanooga, Tennessee. It provided tremendous benefits—increased economic activity and population growth—to Marietta and the other cities and towns situated along the route. In the coming decades, Marietta's role in history evolved from an a small town to a key Civil War hub that played a role in Sherman’s march as well as in many of the battles around Kennesaw Mountain. It began growing even more quickly after World War II and this increased development threatened many historical structures. However, the Northwest Marietta District has remained surprisingly in tact and illustrates the spectrum of lifestyles lived throughout a period of history while modern intrusions are dispersed throughout.

The district features three different types of historical structures: the residential homes, the railroad industrial complexes, and the business structures that all led to the development of Marietta as we know it now.

Kennesaw Avenue features the Greek Revival Style in homes such as the “Tranquilla” house, which is an example of the wealth that some of Marietta’s inhabitants achieved. The Gignilliat-Cheek-Griffin house is of Victorian Style with an interesting gingerbread trim. In the mid to late-1970s, the Brumby-Wallace-Dennington House was restored by its owners back to form.

Whitlock Avenue features another display of wealth in early Marietta with the Glover-Blair-Anderson house, an antebellum brick structure that had to be restored in the 1870s and even further displays an elaborate Victorian style.

Church Street features several examples of the Greek Revival Style in the Rogers-Abbott-Fowler House and the McLellan-Birney House (home to Alice McLellan, founder of the Parent Teacher Association). An interesting structure to visit is the Clarke Library Building, which has an octagon shape as well as Greek revival and Victorian influences. Also, it is the street where the famous Root House is located, a Plantation Plain style home that was common for the middle class during this period and has been turned into a museum and garden.

Along the railroad tracks are structures of early industry, trade and commerce that took place in the community. One prominent example is the Brumby Chair Factor, producer of the famous Brumby rocker. Another is the Kennesaw House, which originally was known as the “Breakfast House” and then was added onto to become the “Fletcher House”- a hotel that was taken over by Confederate Soldiers and even used in a heist of the Locomotive General in the Locomotive Chase of 1862. The Kennesaw House was partially burned during its time as a Confederate hospital, and was restored and then remodeled into a three-story hotel it is today. It remains an important center for historic preservation.

These are just a few of the many structures dispersed on these streets and in the surrounding areas. A walking or driving tour gives visitors an idea of how Marietta became what it is today.