Marietta Gone with the Wind Museum

Opened in 2003, this museum celebrates one of the most famous movies in American history, the Civil War drama "Gone with the Wind," which was released in 1939 and starred actors Vivien Leigh and Clark Gable. The film was based on a novel of the same name by author Margaret Mitchell. The museum displays a collection memorabilia from the film including the original honeymoon gown Leigh wore (it is the only gown worn by Leigh on display in the country), costume pieces, original scripts, contracts, the personal volumes of the book owned by Mitchell, foreign editions of the book, and cast members' personal belongings. The museum is located in Brumby Hall, a historic antebellum house built in 1851 by Colonel Arnoldus Brumby, who served in Confederate army during the Civil War. The house is an excellent and well-preserved example of Greek Revival architecture, featuring a large front porch with Doric columns, large front windows, and interior doorway mouldings designed in the Egyptian-style.

Brumby Hall was built in 1851 is now home to the Gone with the Wind Museum. 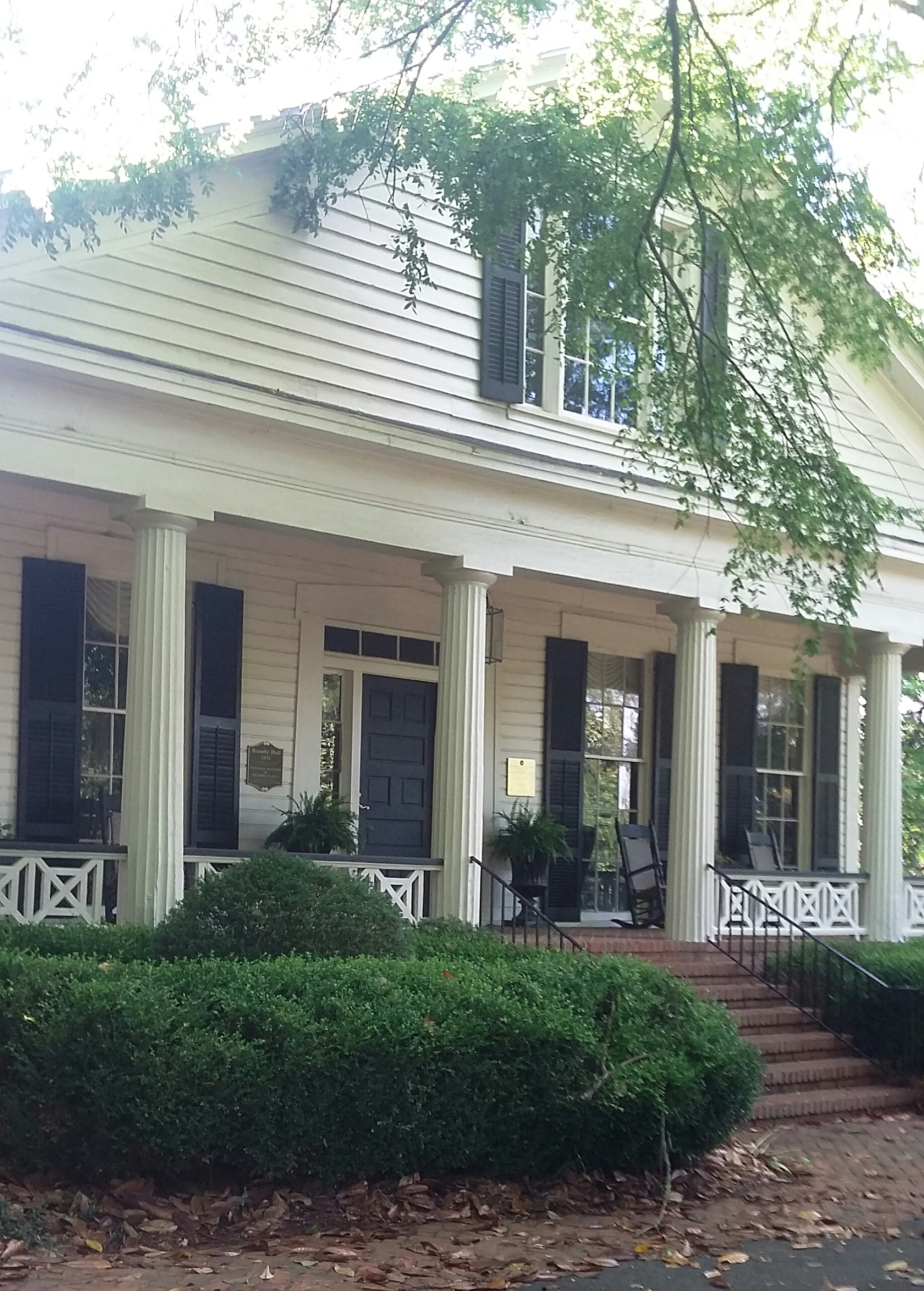 Arnoldus Brumby built the house in 1851 when he was appointed superintendent of the Georgia Military Institute, which also founded that year and located next to the house. The campus grew to 110 acres and a number of structures were built including barracks and an academic building. The curriculum focused on providing additional education for engineers and teachers. Between 150 and 200 students were enrolled each year until the start of the Civil War in 1861, at which point many cadets and drill instructors left the join the Confederate cause. Brumby departed as well, serving as Colonel in the 14th Georgia Regiment. In 1864, Union troops, commanded by Union General Willitam T. Sherman, destroyed all of the buildings except for the house, which they used as a hospital.

While the history of the building is significant, as mentioned above the architecture is significant as well. Some of the windows have sidelights and shutters, and the door holds six panels that are framed with four transoms. The house is painted white on the outside, and the layout of the house centers around central hall. The exterior of the house is similar to its original state and form but previous owners have somewhat altered the interior. The interior had work done such as the fireplace and chimney being removed, and another room has been added. Bricks have replaced many of the wood floors located on the front porch. Despite these changes, the house still retains its historical integrity.

When the Civil War ended, Brumby sold the house and moved to Atlanta. In 1926, the owners of the house made some significant alterations to the interior such as removing a fireplace and chimney. The house seems to have remained a private residence until the Gone with the Wind Museum relocated here in 2003.

Created by Ashley Williams (Instructed by Jennifer Dickey, Kennesaw State University) on May 25th 2017, 9:01:32 am.