This national park was established in 1940 and offers visitors the chance to explore the Cumberland Gap, a natural route between the Appalachian Mountains where Kentucky, Virginia, and Tennessee meet. The gap was originally used by Native Americans, but it also saw battles during the Civil War. Today, there are many historic structures that guests can visit as well as a museum and many interpretive trails that offer an immersive experience into the history and beauty of this ancient highway that connected Native tribes, European settlers, and modern Americans. 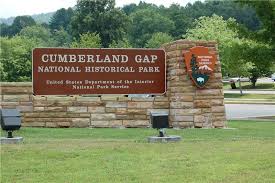 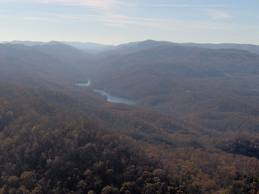 Among the first people to travel through the gap were the Native Americans.  They called it the Warrior's Path.  Both Cherokee and Shawnee tribes traveled through it on their way in and out of Kentucky and they used it as a hunting ground.  During the 18th century, settlers of European descent began traveling through this gap in the mountains along what was then known as the Wilderness Road. Thousands of future homesteaders traveled through the gap during their migratory trek to western lands prior to the creation of railroad.

In 1862, the Union soldiers in this area were ordered to assist in an offensive campaign and for a time Confederate General Bragg took control of this area. In September of 1863, Union General Ambrose Burnside arrived at the Cumberland Gap from the south but did not attempt to control the route because he lacked the manpower to garrison the area.