Fort Sanders and the Battle of Knoxville

At this location on November 29, 1863, Confederate General James Longstreet attempted to capture Knoxville from the Union army commanded by General Ambrose Burnside. In the weeks before the battle, Union engineers, civilians and former slaves built several fortifications while Union and Confederate forces clashed with one another as both raced to the city. Fort Sanders was the largest of the Union fortifications, a massive line of earthworks manned by 440 Union troops and named in honor of Brigadier General William Sanders who had been mortally wounded in a skirmish with Confederate forces outside of Knoxville on November 18th. Although the fort was abandoned after the war, visitors can see several historic markers and monuments in the area. A monument to the 79th NY Highlanders is located at 16th Street and Clinch Avenue. A monument to Confederate veterans of the battle is located a block west at the top of the hill on 17th Street. There is also a sign located near the Redeemer Church of Knoxville at 1642 Highland Ave. Visitors should be sure to tour the McClung Museum's permanent exhibit titled The Civil War in Knoxville: The Battle of Fort Sanders. A link to this exhibit appears at the bottom of the page.

This historic marker directs visitors to the site of the fort 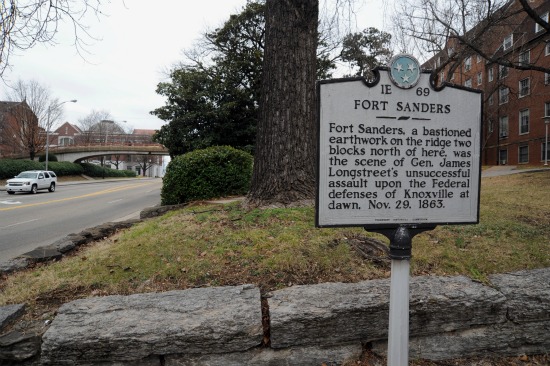 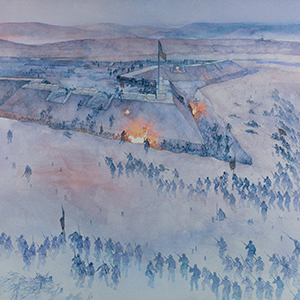 Earl J. Hess, The Knoxville Campaign: Burnside and Longstreet in East Tennessee-click the link below for more information about this book 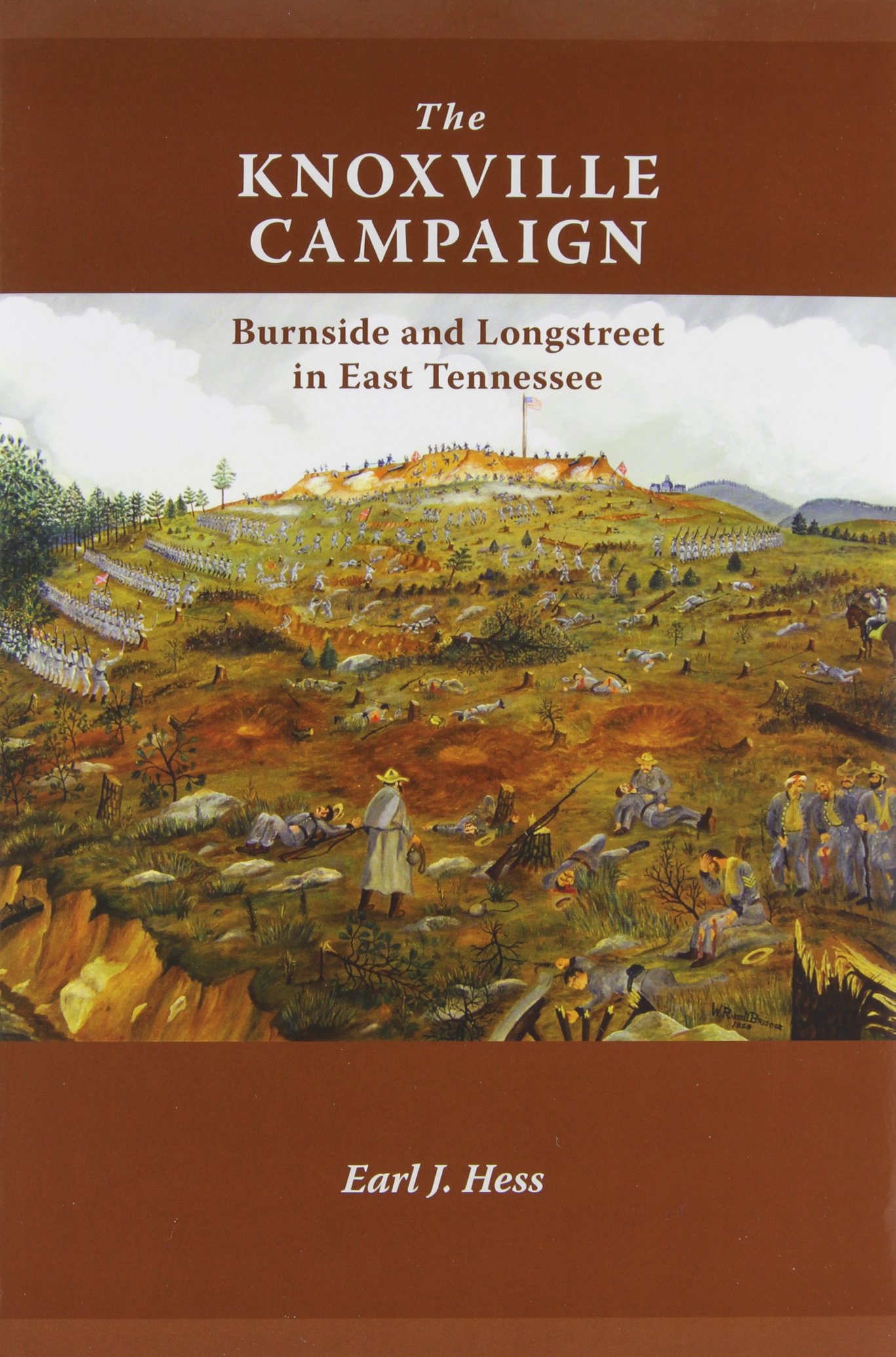 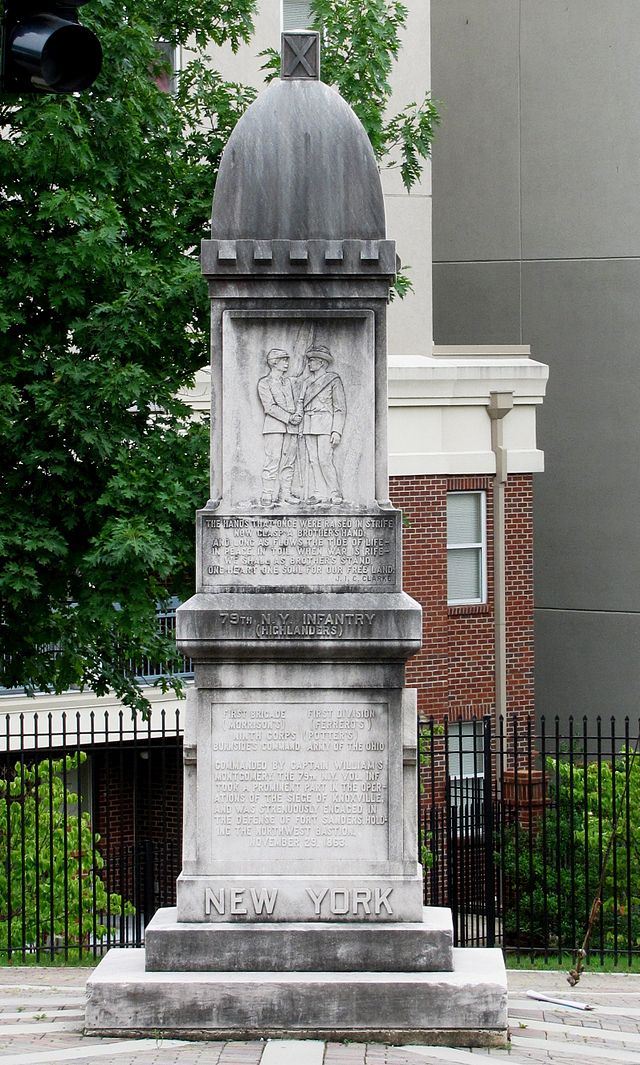 Union and Confederate veterans meet at the site of the Battle of Fort Sanders for a reunion, circa 1880s. 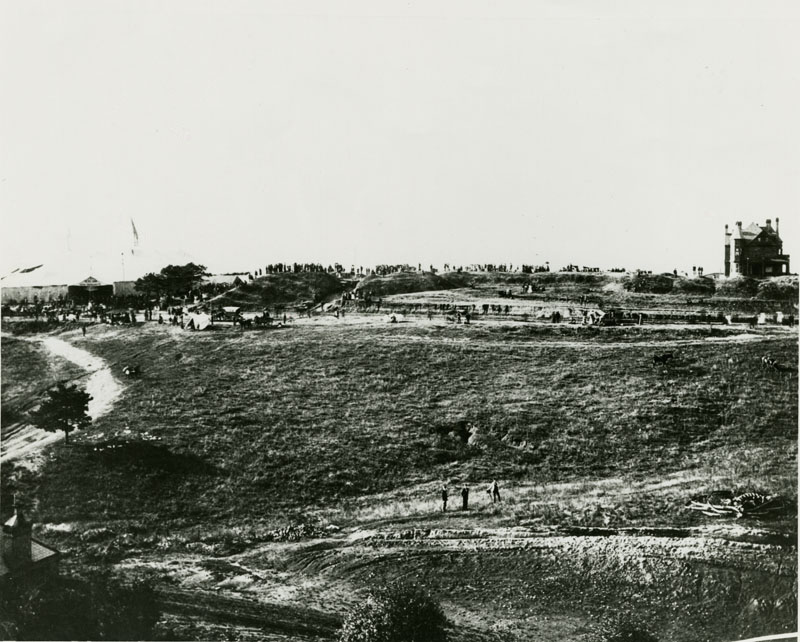 Although Tennessee voted to secede from the Union, many residents of Eastern Tennessee either hoped to remain neutral in the conflict. In addition, a number of residents supported an attempt to secede from the rest of the state and support the Union. Knoxville was more divided in its sentiment but there was minimal opposition to Union troops who occupied and controlled the city in the early years of the war. In the winter of 1863-1864, Confederate troops attempted to gain control of the region in a series of maneuvers, skirmishes, and battles known as the Knoxville Campaign.

The turning point of the Knoxville Campaign occurred when Union forces defended the city and broke the attempted Confederate siege at the Battle of Knoxville between November 17 and December 4, 1863. During these two weeks, Union defenders and civilians endured two brutal weeks with few supplies and frigid weather. Reports indicate that soldiers were on quarter-rations and draft animals were seen trying to eat one another's tails.

The Battle of Knoxville continued until December 4th, when Confederate leaders ordered an end to the siege. The Knoxville Campaign ended when Longstreet retreated to Virginia, conceding union control of Eastern Tennessee.

The actual site of the fort became a residential neighborhood in the years after the war. In addition to the markers and monument in this neighborhood, area Civil War reenactors built a replica of Fort Sanders in a pasture in east Knox County. This fort is used for reenactments as well as tours and educational programs. Directions to the McClung Museum, along with hours and more information, can be found on its Clio page: http://theclio.com/web/entry?id=3753