The historic Olympia Theater was constructed in 1926 by Paramount Enterprises. The theater showed silent films and vaudeville in its early years. The theater later hosted "talkies" (movies with sound0 as well as concerts, plays, and community events. The Mediterranean Revival style building is one of only two surviving atmospheric theaters in Florida and it may be the first theater in the South to offer air conditioning. It has been renovated, repurposed, and renamed several times. Today the Olympia Theater continues as a performing arts center, hosting various concerts, lectures, and other events throughout the year. It was added to the National Register of Historic Places in 1984.

Exterior of the Olympia Theater today. Image obtained from olympiatheater.org. 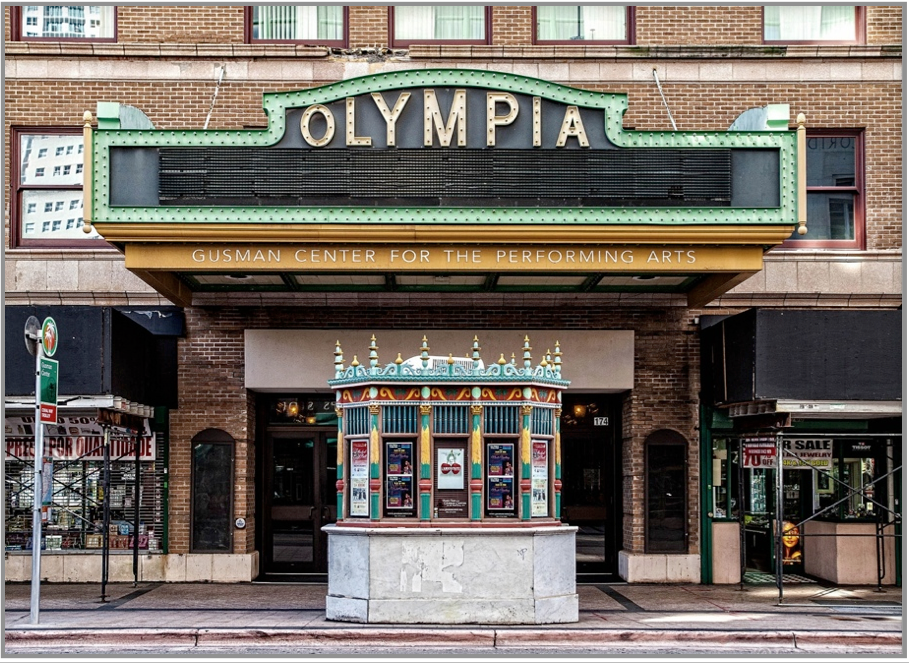 The Olympia was designed as an atmospheric theater, with the interior made to look like an outdoor amphitheatre in a Spanish garden. Image obained from Ocean Drive Magazine. 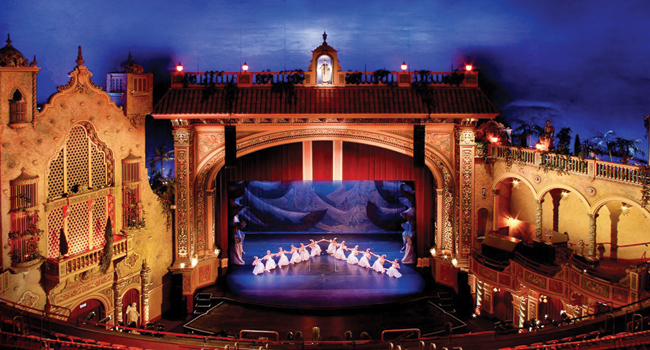 Construction on the Olympia in 1925. It was built as part of a ten-story commerical building, the rest of which housed offices. Image obtained from Scotty Moore. 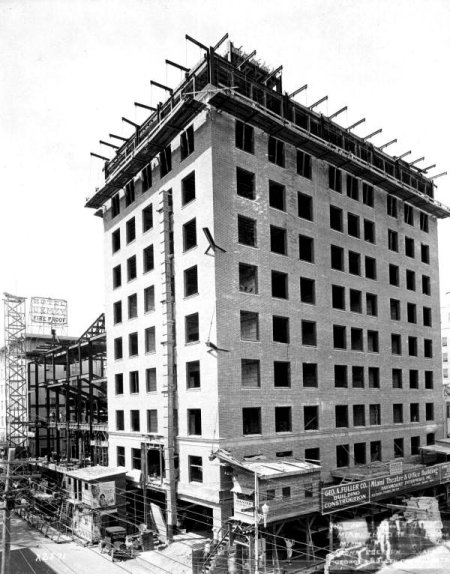 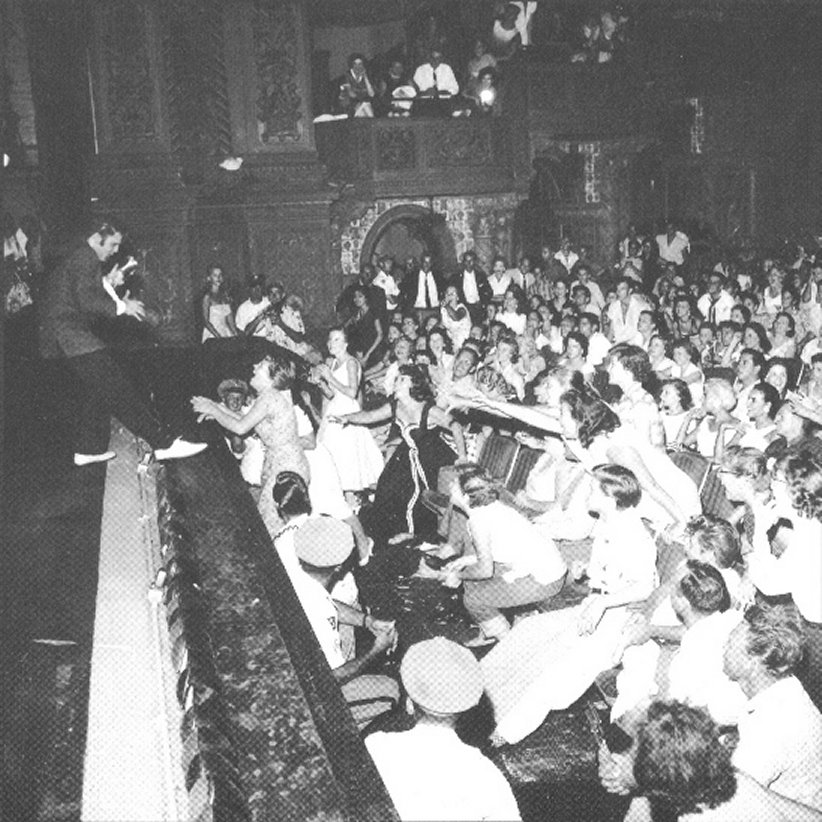 The Olympia Theater was built in 1926 by Paramount Pictures as part of a new ten-story commercial building. It replaced an open-air theater known as the Airdrome that had previously occupied the same site. The Olympia was designed by the popular atmospheric theater architect John Eberson in the Mediterranean Revival style. Atmospheric theaters were popular in the 1920s, with auditoriums designed to look like outdoor environments and ceilings painted to depict a blue sky with stars. The Olympia is one of only two surviving atmospheric theaters in Florida, along with the Tampa Theater. It is also said to be the first theater in the South to have air conditioning.

Originally the Olympia Theatre screened silent movies, but it quickly began showing “talkies” and vaudeville acts, including the Marx Brothers. By the 1950s the theater was hosting concerts as well. The most notable performer was Elvis Presley, who played fifteen sold-out concerts in August 1956. Business declined at the Olympia during the 1960s and 1970s. In 1970, the building was purchased by businessman Maurice Gusman, who began a multi-year series of renovations to modernize the theater, led by architect Morris Lapidus. As part of the renovations, plastic seats replaced the original seating while the overall capacity was reduced from 2,170 to 1,710. In 1975 Gusman donated the theater to the City of Miami, which renamed it the Gusman Cultural Center and converted it into a venue for rock concerts. For over a decade the theater hosted concerts for acts such as The Police and Jimmy Buffett.

By the late 1980s, the building was showing signs of significant deterioration, and new renovations began in 1989. Restoration architect Richard J. Heisenbottle was commissioned to develop a multi-year plan to both restore the theater to its 1926 design and to convert it into a performing arts center. The plan was broken down into segments during which restoration would only occur during the summer months when attendance was typically lower. The renovations included adding period seating and using carpet and paint matching the original 1926 designs. In 2010, the Olympia Center Inc. was created to preserve and operate the theater. In 2014, the name of the venue was changed back to the Olympia Theater. Today the Olympia Theater hosts a variety of live programming, such as concerts, plays, operas, comedy routines, and lectures. It also has an annual film series known as Recent Cinema from Spain, and serves as the principal location for the Miami International Film Festival.