Samuels' Clock was purchased by Albert Samuels in 1915, (the year of the Pan Pacific Exhibition) and was originally erected in front of Samuels' Jewelry Store at 5th & Market Streets. An Austrian immigrant, Samuels arrived in San Francisco with his parents in 1893. He became a watchmaker and opened up his own company at 895 Market Street in 1909. In 1915, Samuels commissioned this now famous street clock from Joseph Mayer of Seattle. When Samuels moved his store to 856 Market Street in 1943, the clock moved with him. Samuels died in 1973, and his clock became a San Francisco landmark in 1975. The clock stopped working in 1990, but it was restored to operation and its original appearance by The Market Street Timekeepers and rededicated on 20 October 2000.

A full shot of the clock. 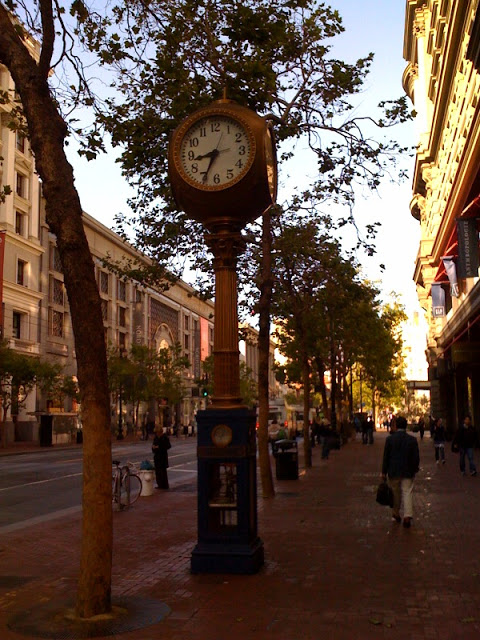 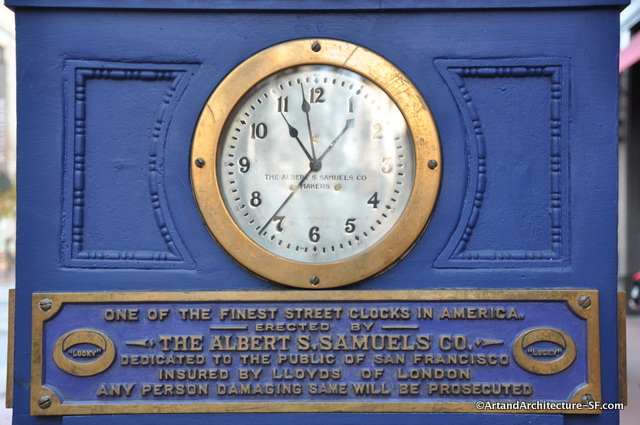 The inner workings of the clock. 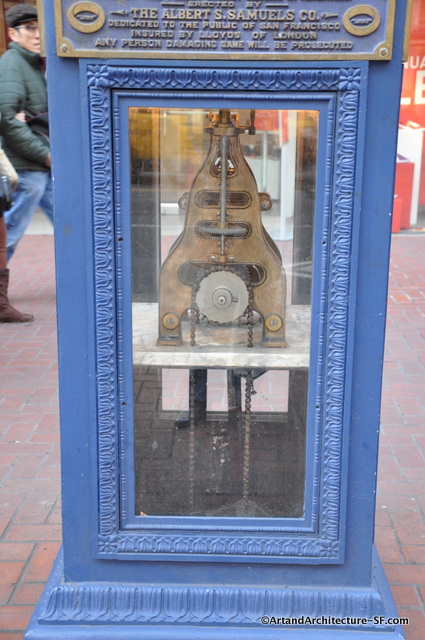 Sadly, in recent years the historic clock has become the target of vandals and graffiti artists and San Franciscans are more likely to see the clock damaged and boarded up than fully functional. James Flood, the owner of the nearby Flood Building, has been paying for the clock to be repaired for the last 20 years, whether it breaks on its own or is the target of vandals.

According to Flood, what used to be a twice a year occurrence now happens twice a month. Indeed, the clock today is usually only right twice a day. Though the clock is a city landmark, maintenance falls upon the owner of whichever private land it stands on. According to Flood, the owner of the land has historically abandoned this duty, leaving it up to him to maintain this piece of history.