The First Baptist Church was originally formed in Janesville in 1844 with thirteen congregation members. This specific location was used from 1867 to 1974 and was rebuilt once in 1884 due to a fire. 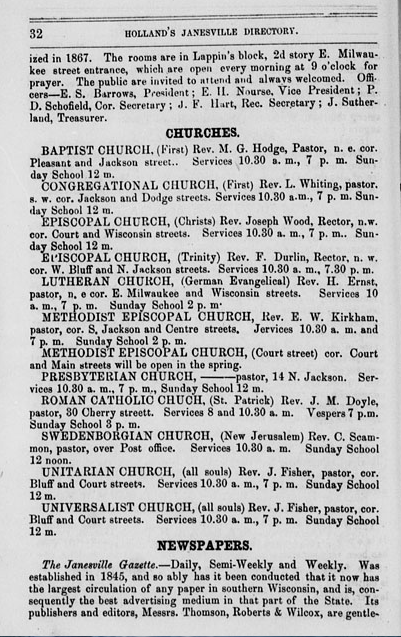 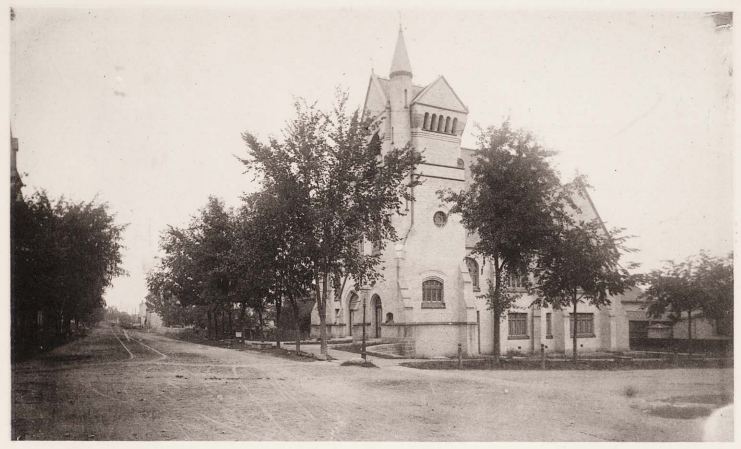 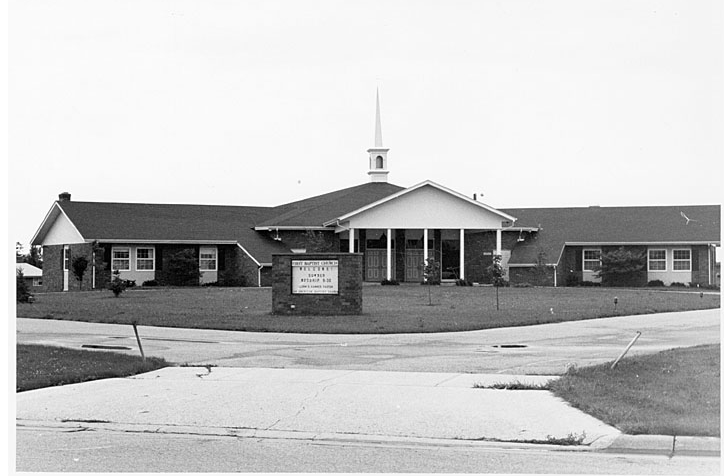 Founded by Rev. Jeremiah Murphy, the First Baptist Church`s original location was at 102 South Cherry Street. That location would later become the home to the Tallman Perfume Company headquarters c.1870. After moving to Jackson Street in 1867, this structure became the permanent site for the church until 1974, when they moved once again to their current location at 3414 Woodhall Street.

Editors note- set to private as it appears the user wanted to create an entry for a single location in Jacksonville IL instead of a tour. The Mount Emory Baptist Church began with a meeting in the home of William Dalton in 1837. The first church for Negroes in Jacksonville, IL was founded July 27, 1837. This body of baptized believers was also known as the Second Baptist Church. Due to growth in membership, church services were held in the Old Grade School building on Anna Street. A black man named John Barnett, the first Negro to graduate from Jacksonville High School, became the first Sunday School Secretary. In its early days, Mount Emory Baptist Church had no regular pastor but relied on the services of various pulpit supply preachers for their worship services. Andrew W. Jackson, a local barber, reputed to have been the first black person to reside in Morgan County, later joined the church. He began studying for the ministry and eventually became the first pastor for the church in the early 1860s. Mount Emory continued to prosper as ex-slaves migrated to the North and settled in the village of Jacksonville. Henry Duncan sold the land on the corner of Marion and Church streets to Mount Emory.