The Craighead County Courthouse, an Art Deco style building located in Jonesboro, Arkansas, was constructed in 1934-1935 with the aid of funds provided by the federal Public Works Administration (PWA). The courthouse was added to the National Register of Historic Places on September 11, 1998 for its association with local architectural history. The building continues to serve as the seat of county government. 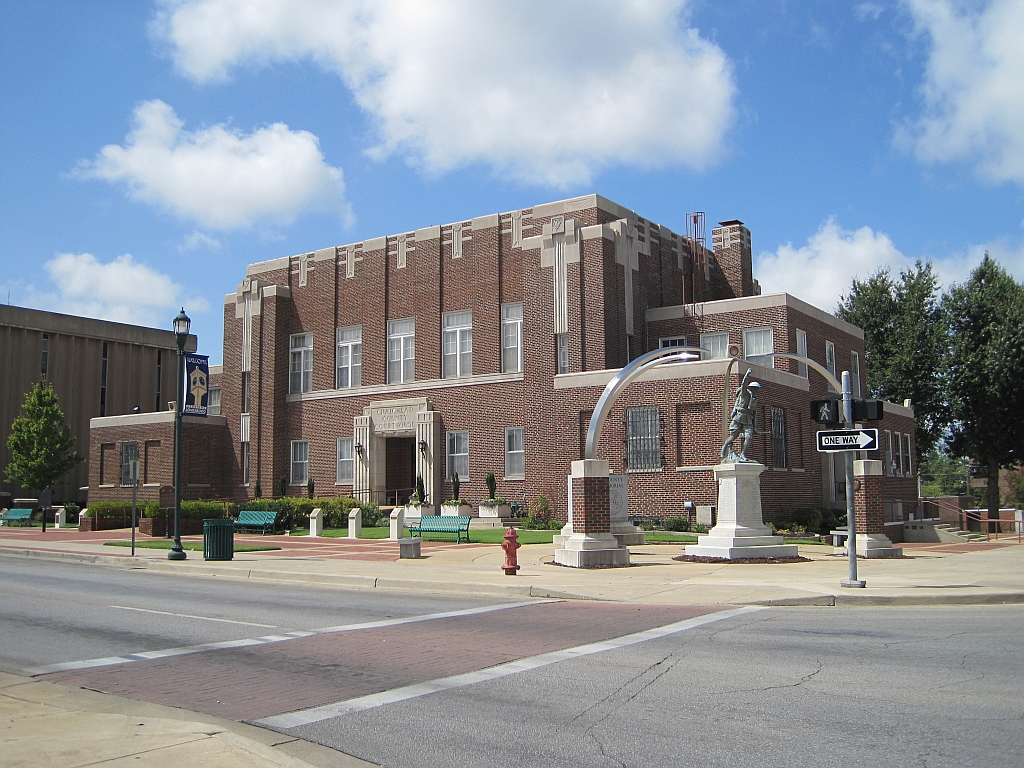 The Arkansas General Assembly established Craighead County and Jonesboro as the county seat in 1859. For nearly thirty years, three different buildings served as the county courthouse. In 1885, a two-story brick building with a four-story clock tower was constructed after a fire. By 1933, the building was razed and the stage was set for the new courthouse to be constructed. Elmer Stuck, a prominent local architect, designed the Depression-era courthouse. In 1995, the county expanded the courthouse with the addition of an annex of similar architectural style across Union Street. The two buildings are connected by a brick skywalk.

Stuck, Charles A. The Story of Craighead County. Jonesboro, AR: The Hurley Company, 1960.