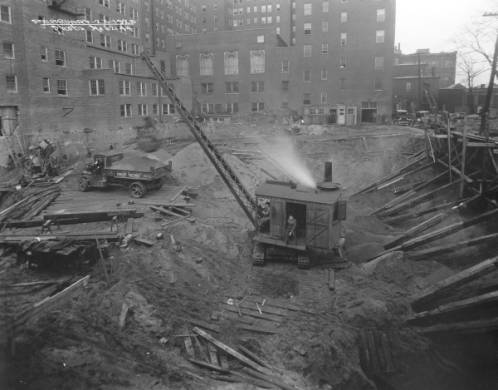 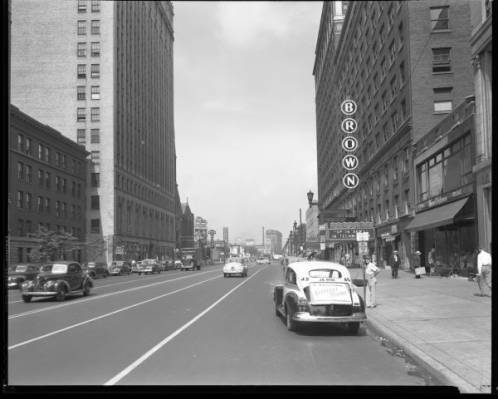 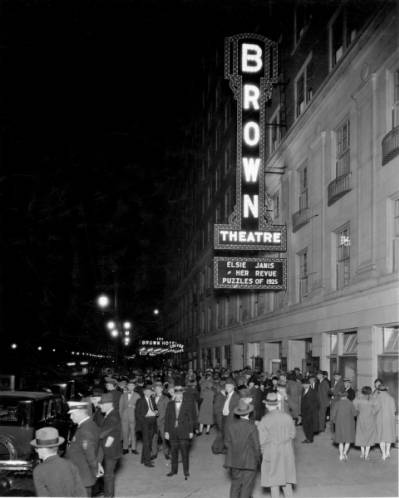 Current facade. "brown-theatre-history.jpg," The Kentucky Center, accessed on May 17, 2017, https://www.kentuckycenter.org/plan-your-visit/brown-theatre. 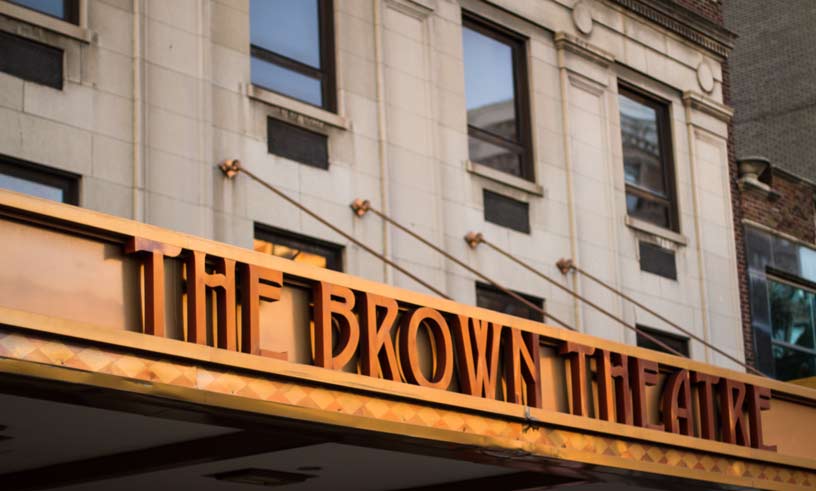 Named for Indiana native and Louisville-resident J. Graham Brown, the Brown Theatre was modeled after New York's famed Music Box Theatre and opened on October 5, 1925 with Elise Janis in Puzzles. Show bookings decreased during the Great Depression (1930s), and the Fourth Avenue Amusement Company leased the theater as a movie theater at this time.

Theater renovations began in 1962 to return live performances to the theater, and a second renovation occurred in 1971. Following the 1971 renovation, the Louisville Board of Education purchased the theater thereafter and contracted it to the Louisville Theatrical Association. At this time, also, the theater was rechristened The Macauley Theatre. The original Macauley Theatre operated from 1873 to 1925--when the property was sold to the Starks Brothers and raized--and was located at 329 W. Walnut (now Muhammad Ali) Street.

The Broadway-Brown Partnership formed in 1982 and purchased the theater and adjoining Brown Hotel to rejuvenate Louisville's southern end business district. In 1997, the Fund for the Arts--the nation's oldest united arts fund--acquired the theater and continued a $4.2 million restoration. The Fund for the Arts contracted the Kentucky Center to manage the theater, which continues to this day. After generous gifts from the W. L. Lyons Brown Foundation, the Brown family, and the Brown-Forman Corporation, the theater is re-rechristened W. L. Lyons Brown Theatre (1998). A 1998 gift from Owsley Brown Frazier leads to the main reception area being named the Frazier Lobby.

"Brown Theatre History," The Kentucky Center, accessed on May 15, 2017, http://www.kentuckycenter.org/brown-theatre/brown-theatre-history.