This historic Orlando railroad station was constructed in the Mission Revival style in 1926. The station was part of the Atlantic Coast Line Railroad line, one of the leading railroad companies in the southeastern United States. The station brought many tourists to the Orlando are and was built in the midst of a massive population boom in Florida. The station suffered but survived the decline of passenger rail service that came about following the completion of the interstate highway system and the proliferation of airline traffic. The building became an Orlando Historic Landmark in 1978. The station was restored following its landmark statues and currently serves passengers travelling on Amtrak.

The Atlantic Coastline Station has been restored and operates as an Amtrak station today. Image obtained from cityoforlando.net. 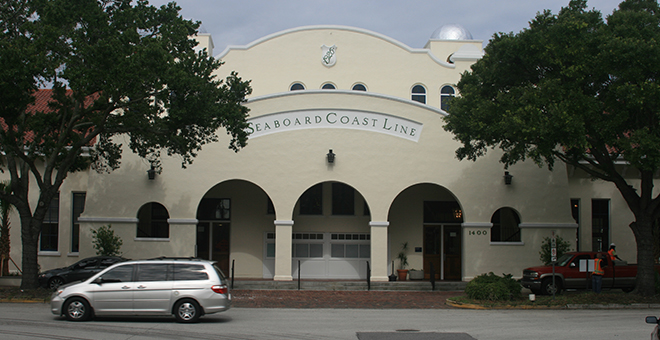 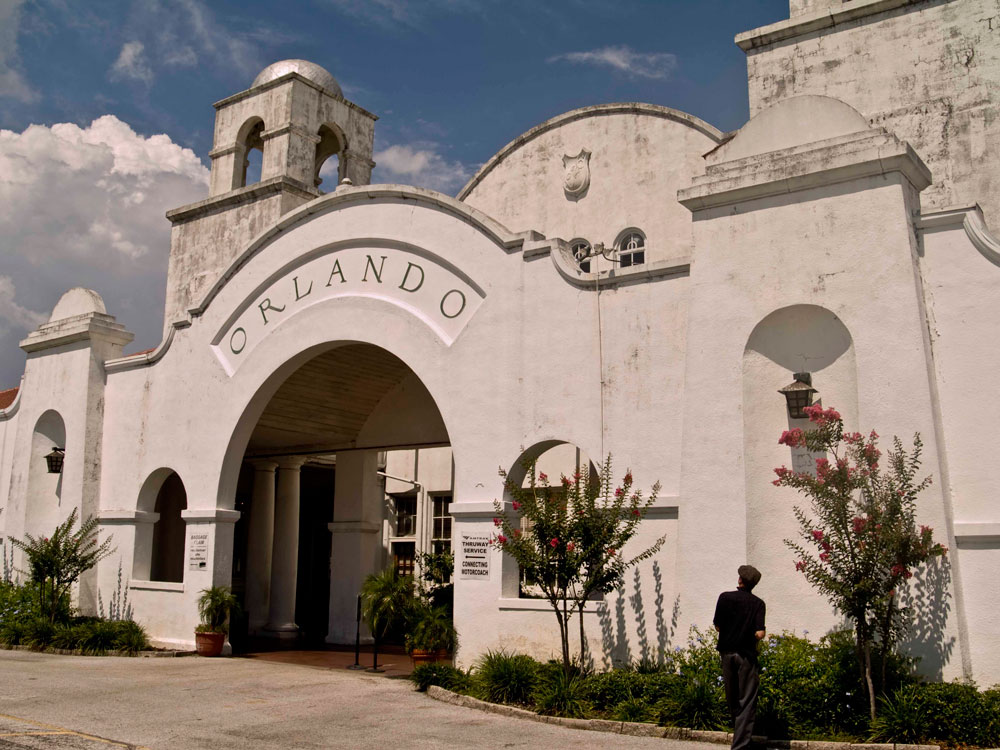 The Atlantic Coast Line Railroad was once one of the most successful and popular passenger train lines in the southeastern United States. Image obtained from lh6.googleusercontent.com. 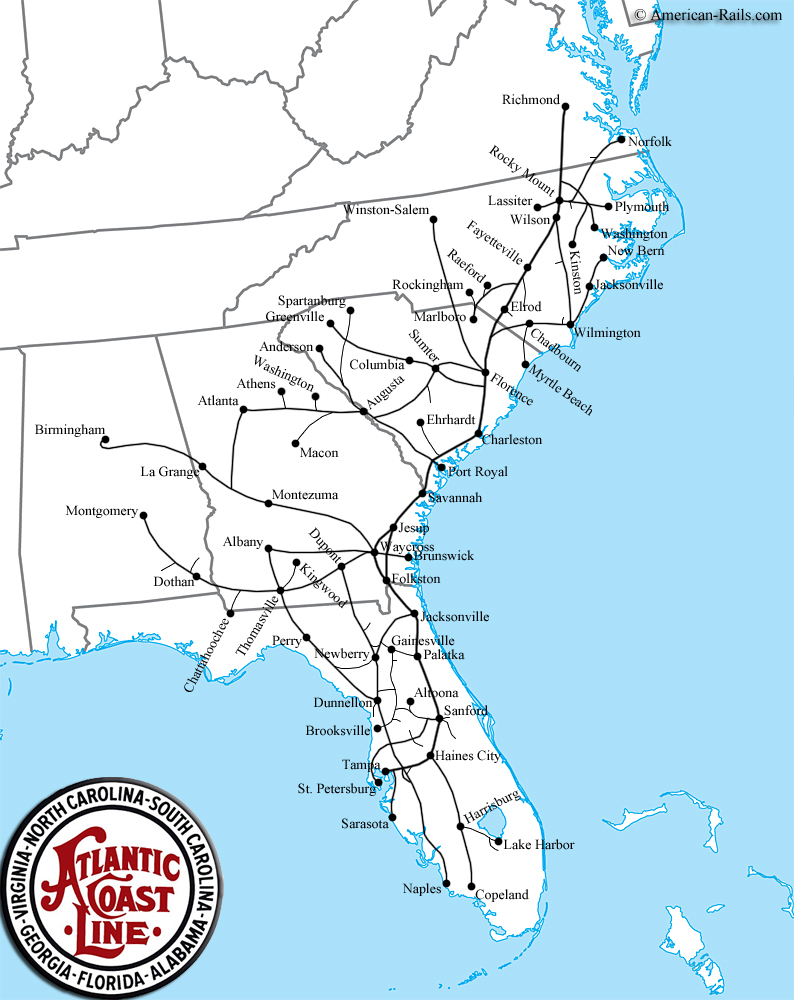 A historic marker was added to the station in 2016. Image obtained from The Historical Marker Database. 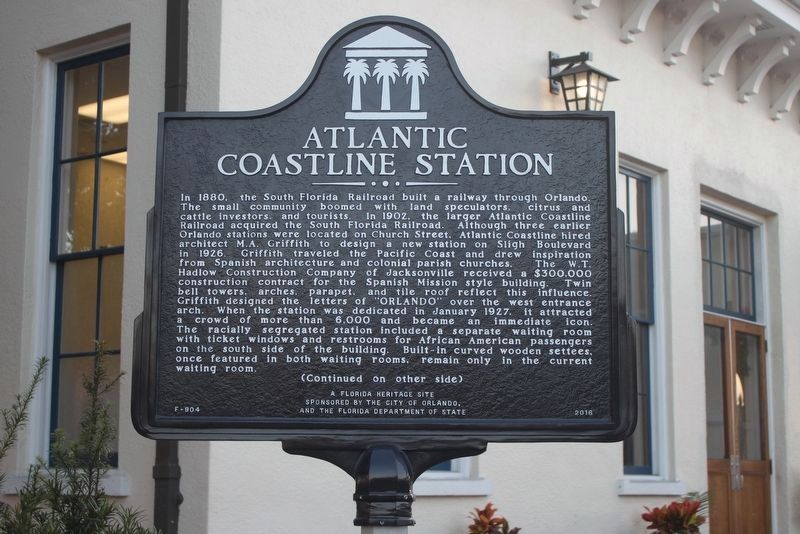 The Atlantic Coastline Railroad was formed in 1902 from the merger of several smaller rail lines including the South Florida Railroad, which went through Orlando. The Atlantic Coastline ran through much of the South, stretching from Virginia to Florida. It was also one of only two railroads that provided direct service from the Northeast to Florida. The company was very successful, and smart business practices kept it from suffering major financial troubles towards the middle of the twentieth century as other private railroads struggled. In 1967 Atlantic Coastline merged with its main rival, the Seaboard Air Line, and formed the Seaboard Coast Line. During the 1980s the company merged with the Chessie System to form CSX Transportation, which remains in existence to this day

The Atlantic Coastline Railroad built their Orlando station in 1926. It was placed on Sligh Boulevard as opposed to Church Street, which already had had three stations built on it. The Mission Revival style structure, unique for the area, was designed by architect M. A. Griffith and cost $500,000. Features included twin towers, arches, a parapet, and a tile roof. It was also segregated, with a separate waiting, ticket booth, and restrooms for African Americans. The station proved to be wildly popular, with 6,000 people attending the grand opening in January 1927. The station came during a massive population boom in Florida, which died off by the Great Depression. The Atlantic Coastline Railroad brought many tourists to Orlando in the 1920s, creating a boon for the local economy before it became famous for amusement parks.

The Atlantic Coastline Station survived as many other stations were demolished when passenger train companies faded out of existence during the second half of the twentieth century. It remained popular with the community and was designated an Orlando Historic Landmark in 1978. The city conducted extensive restorations of the station in 1990 and 2014, the latter of which won the City of Orlando’s Historic Preservation award for Outstanding Commercial Rehabilitation. Today the station serves Amtrak’s Silver Star and Silver Meteor Lines, as well as the SunRail local commuter trains. It has an annual ridership of over 130,000 passengers.