This statue commemorates the Radium Girls, young women whose factory jobs in the 1920s involved applying glow-in-the-dark paint to clocks and watches. Many of these women worked at the Radium Dial factory in Ottawa, Illinois. Reassured by their supervisors that the paint was safe, workers often placed paintbrushes in their mouths to make a finer point for more precise painting. Within a few years, the women began experiencing alarming symptoms: their teeth fell out, their bones shattered, they developed cancer, and by 1927, over 50 women were dead. The radium paint they had swallowed was "honeycombing" their bones and poisoning them from the inside out. Following a protracted legal battle, the women won a settlement from Radium Dial's parent company, the United States Radium Corporation. For many of the Radium Girls, it was already too late. The case had a lasting impact, however, on workplace safety regulations and radiation standards in the United States. 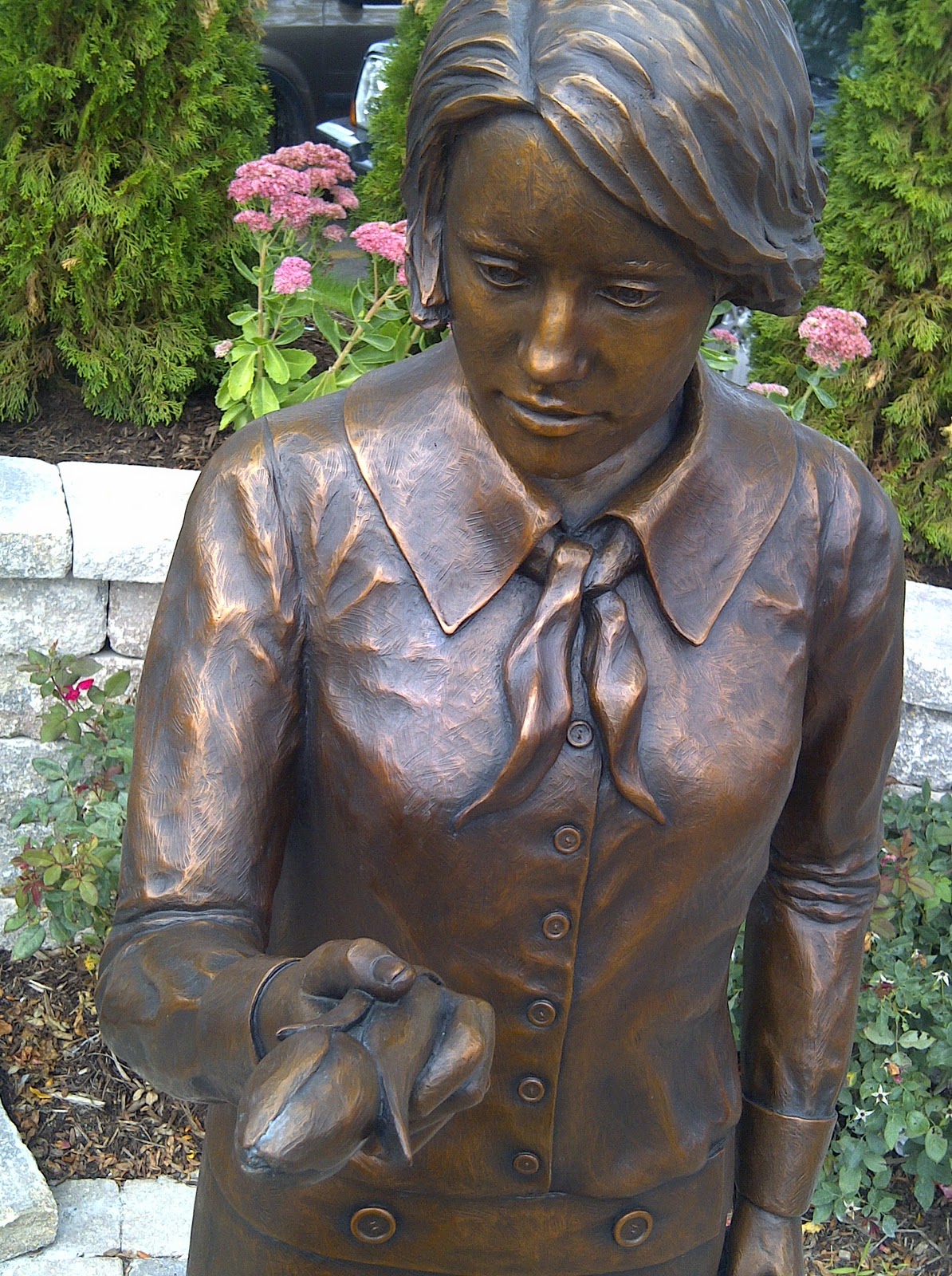 Radium Girls working in a factory in the 1920s 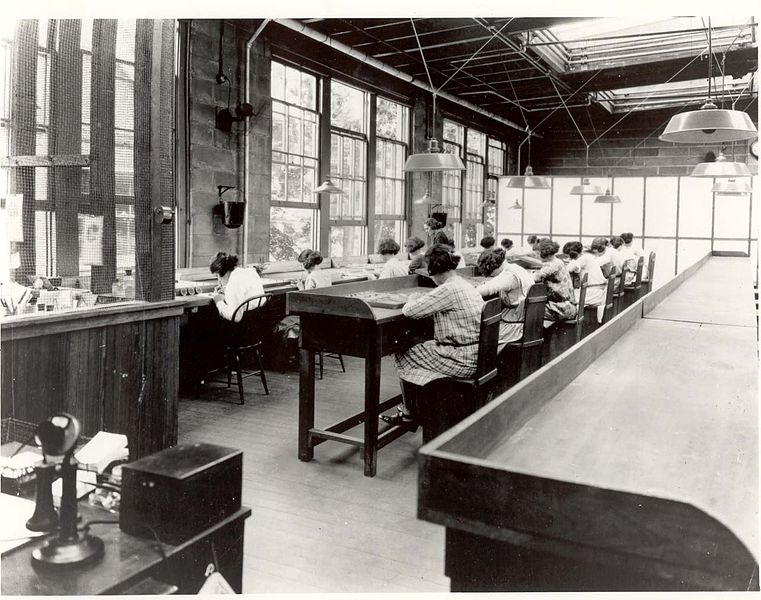 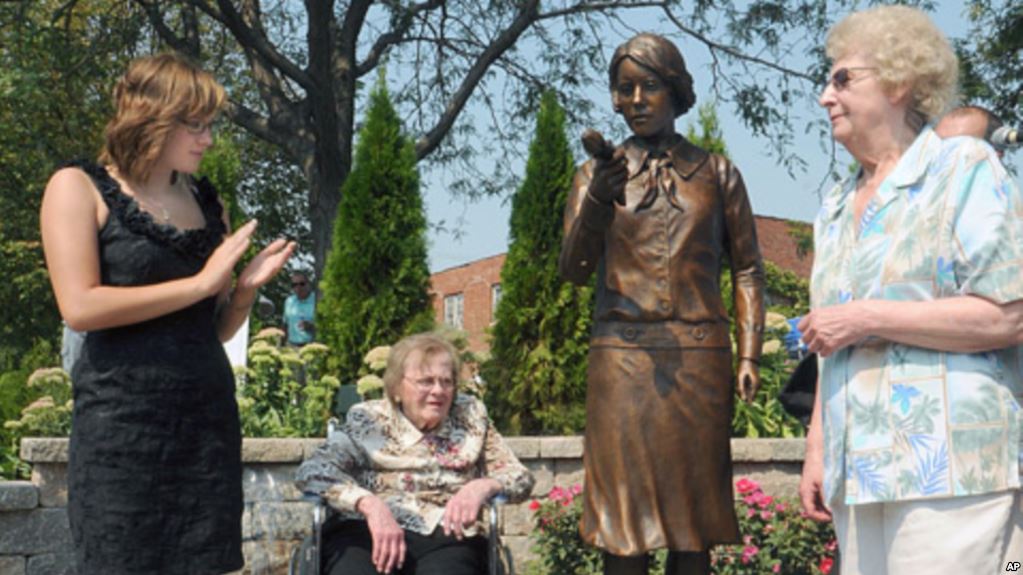 Miracle element and cure-all: Radium in the popular imagination
During the early 20th century, radium was celebrated as a miracle drug, with the potential to cure everything from hay fever and gout to cancer. Pharmacies stocked radioactive dressings, and products such as radium toothpaste, radium lingerie, and radium butter appeared on store shelves. Many of these products in fact contained no radium at all--the element was very expensive--but advertisers capitalized on radium's mystique to make sales. The Radium Girls working in factories had no reason to think they were in any danger; after all, radium was supposed to improve health and prolong life. If anything, they were among the lucky few from the working class who had access to such an expensive substance.

Growing awareness of the risks of radium
Authorities in the Radium Dial company, however, did know that radium posed health risks. In 1925, investigator Swen Kjaer visited Radium Dial offices in Chicago and the factory in Ottawa, IL, gathering findings for a report to the Bureau of Labor Statistics. The men working in Radium Dial laboratories were already well aware of radium's health risks. They used protective lead screens to shield them from radioactivity and also received vacation time to reduce their exposure. Kjaer's investigation was curtailed early (due largely to cost), but in only three weeks, he had seen enough to conclude that radium was dangerous. The Radium Girls, however, remained unaware.

Health problems and legal battles
Numerous Radium Girls began developing health problems--toothaches, jaw problems, back pain, fragile bones, and cancer. Many of these problems emerged years after the women's work in the Radium Dial factory, which made it more challenging to establish causality. Women in both Ottawa, IL and Newark, NJ filed lawsuits against their employers. The Radium Girls faced considerable hardship during their legal battles, including their own deteriorating health, and the disapproval of many Ottawa residents, who resented them for threatening the stability of Radium Dial, one of the few companies that was still hiring workers during the Great Depression.

In Ottawa, lawyer Leonard Grossman took on the women's case pro bono. In the words of his son, Leonard Grossman Jr., "They were dying. The doctors were lying to them. The town was against them for protesting" (quoted in Farabaugh). Ultimately, the women won their case and a settlement from the company.

The Radium Girls' legacy
Following the Radium Girls' case, stricter standards for worker safety emerged in the United States. By the 1940s, federal standards for radiation safety were in place. In 1970, the Occupational Safety and Health Administration (OSHA) was created to enforce safe working conditions for all American employees.

This bronze statue was unveiled in Ottawa in 2011, largely due to the efforts of Ottawa resident Madeline Piller and her father William Piller, who sculpted the piece.