The Missouri Pacific Railroad Station is historically significant for its architecture and association with Harry S. Truman, who frequently used it when traveling to and from Washington D.C. before, during, and after his presidency. The station was built in 1913 and is an excellent example of Spanish/Mission Revival architecture. Truman often wrote home about seeing Bess at the station when he arrived home. One of his most famous trips to the Independence station was during his campaign tour in 1948. Today, the station is also known as the Truman Train Station and is used by Amtrak. 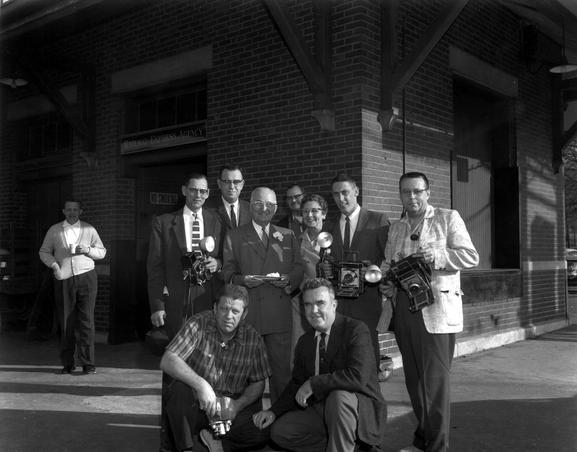 Picture of the Truman Station, also known as the Missouri Pacific Railroad Station in Independence. 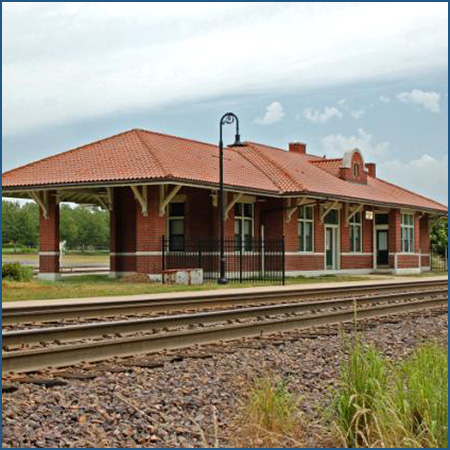 The station is a one-story, rectangle building made of limestone and red brick. It is a similar structure to other train stations built in the Midwest during the early twentieth century. Since its construction, the structure has changed very little, except for the roof.

The building was used often as it was located at the conjunction of the Missouri Pacific and “Lexington Branch” lines. Many individuals used the train to travel throughout the United States, including Mr. Harry S. Truman. He used the railways to travel back and forth between Washington D.C. However, President Truman used the railway and the Independence station often during his “Whistle Stop” Campaign. The Independence location was the last stop on his campaign where thousands of people were waiting for him to arrive and speak. After his campaign, when he won the presidency, he got back on the train at the Missouri Pacific Railroad Station in Independence and left for Washington D.C.