Dedicated in 1891, St. Patrick's Church is on the National Register of Historic Places as an important example of Second Empire style architecture. The Nashville church is also significant for its role in the history of the nomadic ethnic group, the Irish Travelers, who have gathered at St. Patrick's since 1892 for funerals, weddings, and baptisms. 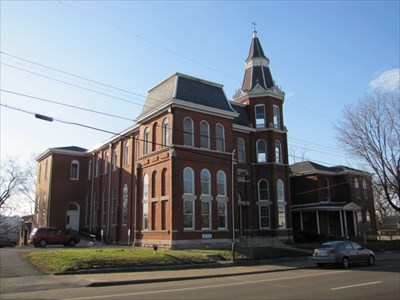 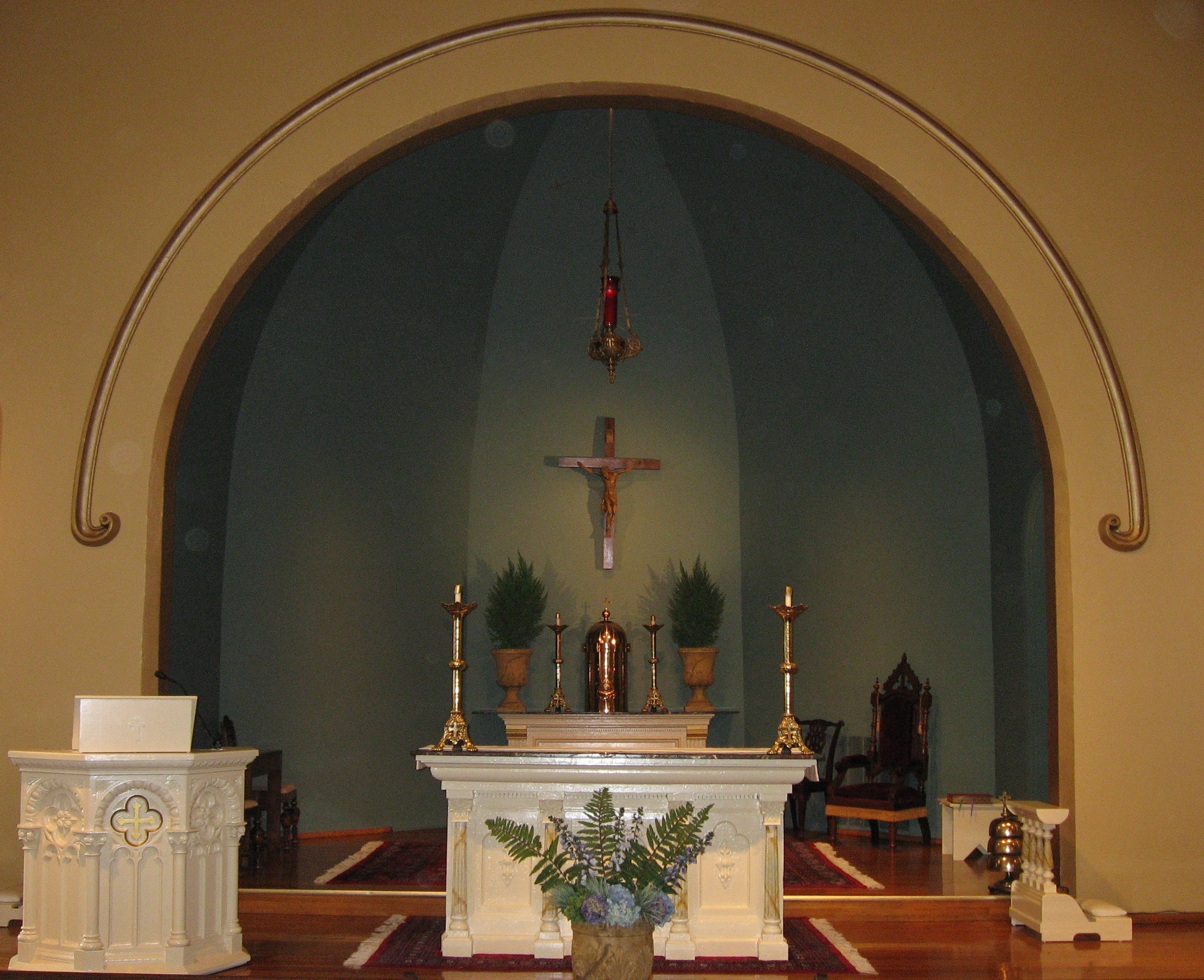 Portrait of an Irish Traveler family (image from Irish Central) 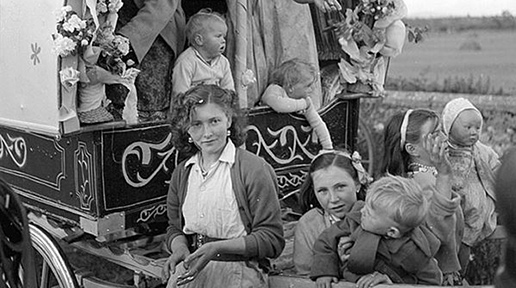 In order to serve Nashville's predominantly Irish south side in the 1880s, Bishop Joseph Rademacher established St. Patrick's Catholic Church, rectory, and school. St. Patrick's was the fourth of Nashville's Catholic parishes, and was funded primarily by small donations from individual members, with a few companies and more well-to-do families contributing up to $500 apiece. Heavyweight boxing champion of the world at the time, John L. Sullivan of Boston, was among the donors to St. Patrick's. Additional funding came from pew rent by parishioners after the church opened.

The brick Second Empire style building was completed in just seven months beginning in the summer of 1890, and was dedicated on February 8, 1891. Above the two-story sanctuary are the school classrooms, with the brick rectory as a stand-alone house in the same Victorian architectural style. Both buildings are, for the most part, unaltered, and St. Patrick's is the only church in the Second Empire style in Nashville. The first-through-eighth-grade school was taught by Sisters of Mercy of the St. Bernard Convent until it closed in 1954, and St. Patrick's first pastor was Reverend Timothy Abbott, who served the parish from 1889-1932.

Beginning on the first Monday in May of 1892, St. Patrick's became the site of an annual burial pilgrimage for the Irish Travelers. This nomadic ethnic group, which still exists today in America, Britain, and Ireland, maintains its own dialect, clans, and traditions, and has intentionally avoided cultural assimilation. During the Great Irish Potato Famine of the mid-nineteenth century, around 10,000 Irish Travelers from eight families (or clans) immigrated to the United States, taking up tinsmithing, house painting, peddling, and particularly horse and mule trading throughout the East and South, with Nashville as a central hub. During the Civil War, the nomadic immigrants splintered into three geographically-based groups: the Ohio, Georgia, and Mississippi Travelers, with a fourth group, the Texas Travelers, forming later. Six of the families continued to return to Nashville's St. Patrick's Church every first Monday of May until the 1960s, and during the Great Depression the Travelers held a yearly carnival in Nashville near today's Carney Street. St. Patrick's still holds weddings, baptisms, and funerals for Irish Travelers today, and two of the church's statues were donated by the Irish Travelers: the Infant of Prague and Our Lady of Perpetual Help.

1. Countries and their Cultures. "Irish Travelers." Accessed May 5, 2017. http://www.everyculture.com/North-America/Irish-Travelers-History-and-Cultural-Relations.html.

Start at the historical marker for Captain Tom Ryman and drive to historical buildings, cemeteries, factories, and fort sites. Along the way, visit the Adventure Science Center (formerly Children's Museum of Nashville), and end at the 8th Avenue Reservoir and Park.